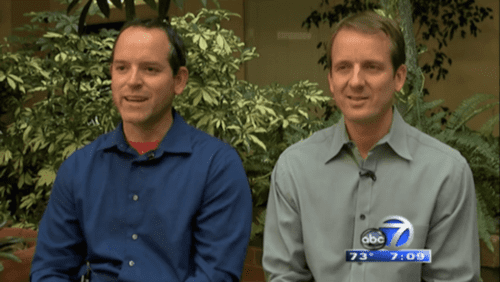 American Workers Replaced with H-1b Foreigners Speak Out about Disney

Last spring, we learned that Disney, the fabled story-teller of moral goodness for children, axed its American IT department so it could replace them with cheaper Indian workers. The citizens were forced to train their foreign replacements or else lose their severance package. The Americans were also supposed to keep quiet about how shabbily they had been treated.

But a couple of workers were interviewed by a Florida television station this week to tell their story, and the firings were as bad as you could imagine. The two men interviewed were the top brains behind making Disney’s park operation user-friendly and had received high praise for their tech work. When they were invited into the boss’s office, they did not expect to be cut.

The Disney case and a flurry of other H-1b firings, particularly the mass layoff of hundreds from the public utility Southern California Edison, led to a Senate hearing chaired by America’s Senator Jeff Sessions that included several fine testimonies.

The report includes some helpful statistics, like the number of H-1b workers in the US (800,000) and the fact that only 26% of science and engineering graduates are currently employed in a STEM occupation.

Sadly, the story hints that the former Disney workers are no longer employed in tech, and they think that the field is no longer available for young Americans who therefore should not study STEM fields in college.

The H-1b program has been known to have “loopholes” for years, but Congress hasn’t gotten around to fixing them (despite some calls for reform).

In fact, Senator Rubio has a bill that would triple the number of H-1b workers to replace American workers.

ORLANDO, Fla. — Just months before the holidays and on the heels of a great performance review, no less. A VP invites David Powers and Leo Perrero into his office, both expecting pats on the back. Instead they hear the dreaded words: You are being laid off.

“When a guillotine falls down on you, in that moment you’re dead… and I was dead,” says former Disney employee David Powers.

Powers and Perrero were two of the brains behind your magical Disney World experience. For the past 10 years, both worked behind the scenes in the IT field, using high-tech data to ensure all points of sale — from tickets to resort stays — were seamless for visitors. Attaining some of the highest recognitions Disney could give, being let go was the last thing they expected.

“I’m in the room with about two-dozen people, and very shortly thereafter an executive delivers the news that all of our jobs are ending in 90 days, and that we have 90 days to train our replacements then we won’t get a bonus that we’ve been offered,” says Leo Perrero, a former app developer for Disney.

Adding insult to injury, a follow-up letter was provided describing the expectations and severance pay they’d receive if they adhered to Disney’s wishes for the following 90 days.

“So many American workers, across the country, hundreds of thousands are losing their jobs because they’re being replaced by foreign workers,” says Sarasota-based employment Attorney Sara Blackwell, who is representing both men. Blackwell tells us this isn’t just a problem with Disney. Companies, including Toys R Us, IBM and Verizon, have been contracting with companies and outsourcing work. The reason: Loopholes in the law that establishes the H1B visa.

“H1B, when done properly, is a great avenue,” she says. “The purpose of H1B is to bring in foreign workers, when there’s no qualified U.S. worker.”

Blackwell says there are about 800,000 H1B workers in the U.S., and they are meant to fill highly specialized positions for companies that are unable to find qualified Americans to fill those jobs.

But when Disney lets go of more than 250 employees at once, something doesn’t add up.

“This was the one that finally took me out of the business entirely,” Perrero says. “I would never recommend this field to anybody that is a student.”

These highly specialized tech fields yield average salaries in the $100,000 range, but for the younger, foreign workers their median salary is about 62,000 — some even less, according to published reports. In response, Disney acknowledges it outsourced Powers’ and Perrero’s jobs to Indian workers, but Disney claims they’ve expanded and added jobs for U.S. IT workers.

“People going into the tech field in college or in the universities, they probably won’t have a job,” Blackwell says.

According to the latest U.S. Census Bureau data, only 26% of science and engineering graduates are currently employed in a STEM occupation.

“The grandparents in Sarasota, in Manatee County, wherever, you don’t want your kids coming out of college, your grandkids coming of college, and having no jobs. The STEM programs a joke,” Powers says.

On top of the job loss, the two men told ABC 7 that training their Indian replacements — at their own desks, no less — stripped them of their dignity.

“I felt extremely un-American,” Perrero says. “I felt like I was part of destroying our economy because I had to train a replacement that was going to come here, take my job and potentially take other people’s jobs.”

As for how our two Florida U.S. Senators think about the visas — their stances couldn’t be more different. While Senator Marco Rubio wants to expand the number of H1B visas, Senator Bill Nelson wants the program investigated.