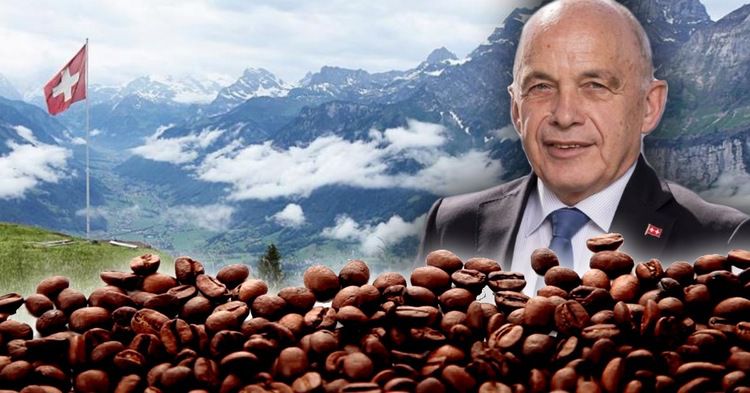 John Derbyshire Asks: Switzerland Smells The Coffee. Why Can’t We?

This week's Main Stream Media news was dominated by the impeachment hearings going on in Congress. I haven't had anything much to say about this, and still don't. I'm not very interested in it, and can't be bothered to engage with the details. Ukraine…whistle-blower…transcripts…quid pro quo…[snoring sounds].

The Democrats have gone all-out nuts. Any human being is susceptible to sour grapes after a disappointment; but when the disappointment arises not from some illegality or gross wrong, but from losing a fair contest under legal or social rules long agreed to, adult human beings swallow their sour grapes and get on with the business of life. A person who doesn't do that is a person who has lost proper adult self-control—no different from a drunkard, a lecher, or a chronic gambler. It's disgusting.

The current clown show in Congress has foreigners laughing at us—I know this from my personal contacts. This, they are saying, this is a serious nation? Leader of the Free World?

For us here at VDARE.com the most pressing issue is the National Question: matters of immigration, national sovereignty, national stability and cohesion. There are plenty of other matters our national legislature should be busy attending to, though.

We are still fighting the missionary wars of the early 2000s, even though there is near-universal agreement—Max Boot and John Bolton are the only dissenters I can think of—that those wars were futile, if not counter-productive. We are still locked into military alliances that ceased to make any sense when the Cold War ended an entire generation ago. The nation's finances are in a sorry state: a trillion-dollar deficit and 23 trillion dollars of debt.

There are major social problems, too: homeless camps in our city streets, rising deaths from drug addiction, the increasing difficulty for young people of getting a home and starting a family, the out-of-control college rackets.

And what are our nation's legislators concentrating their energies on? Ukraine…whistle-blower…transcripts…quid pro quo … [snoring sounds].

In contrast, here's a news story I pulled off the wires. This is from BBC News, by Imogen Foulkes, November 14th. Headline: Switzerland's plan to stop stockpiling coffee proves hard to swallow:

The Swiss are nothing if not well-prepared. Theirs is a country with a nuclear bunker for every household, a country that tests its air raid sirens every year, and a country that, although one of the wealthiest in the world, stockpiles thousands of tonnes of goods in case of an emergency—including coffee. 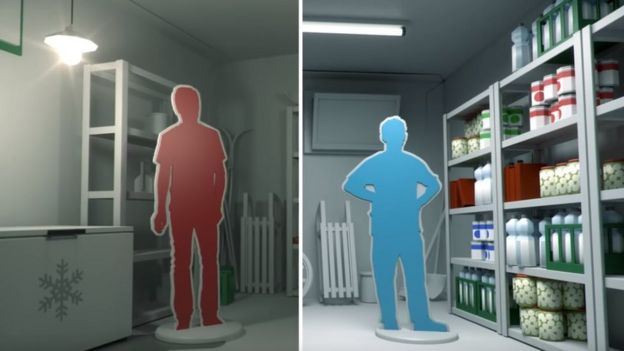 Tim the unready (L) is contrasted with Tom the ready, in this Swiss government video

But when the Swiss government proposed ending the stockpiling of coffee earlier this year, the plan was met with fierce resistance.

The drink, low in calories and with little nutritional value, did not belong, the government said, on the "essential to life" list.

But this led to a public outcry. The Swiss are among the world's biggest drinkers of coffee, and many, it seems, do regard it as "essential." Faced with such a public response, the government said it would reconsider.

Now that's a country with a good sensible approach to national issues—Should the federal government stockpile coffee against a national emergency?

That's a topic I could get interested in—way more interesting than the fine parsing of phone calls between the President and some apparatchik in some no-account junkyard country whose legislators can be bought over the counter like pounds of cheese.

The more I write about international matters, in fact, the more I wonder why the whole world doesn't just go Swiss—I mean, adopt the Swiss model of government. We are an imitative species, aren't we? Why don't we all imitate Switzerland? They have a good thing going up there in the Alps.

Can you name the president of Switzerland? No, I can't either. I had to look him up: It's a chap named Ulrich Maurer. Don't feel bad about not knowing that: I'm told some large number of Swiss people can't name their country's president either. That's what I call having politics in the right place on your list of priorities.

Here's the background section from the Wikipedia page for Herr Mauer:

Maurer grew up as the son of a poor farmer in the Zürcher Oberland. After a commercial apprenticeship, Maurer received a federal accountant's diploma. He was director of the Zürich Farmers' Association from 1994 to 2008 and president of the Swiss Vegetable Farmers' Association and the Farmers' Machinery Association (Maschinenring) until his election to the Federal Council.

Currently resident in Hinwil in the canton of Zürich, Maurer is married and has six children. He has served in the Swiss Army with the rank of major, commanding a bicycle infantry battalion.

You can't help but smile. Swiss, and an accountant?

And "a bicycle infantry battalion"—wha’?

Well, you can smile, but there are things in there that would incline me to vote for Herr Maurer, all else being equal. He's the son of a dirt farmer—no silver spoon there. Accounting may lack the glamor of being a real-estate mogul or community organizer, but keeping the nation's books balanced is an essential function of government.

On the military angle: I don't know how it is in Switzerland, but British Army folklore says that the rank of major is the highest rank at which you're doing real out-in-the-field soldiering, before the paperwork takes over.

So without any knowledge of Swiss politics or any personal acquaintance with Herr Maurer, I must say, I like the cut of his jib.

It doesn't hurt that Wikipedia describes his party, the Swiss People's Party, as "national-conservative" and "right-wing populist."

That settles it, the guy's got my vote. Can we get him over here?

Or can we at least get to a place where none of us knows or cares much who the President is, and where the headline national issue is government stockpiling of coffee?