Heavily-white Wisconsin is the unlikely center of anti-white political organizing in the United States, recently hosting the fifteenth annual “White Privilege Conference” in Madison. The conference, subsidized by taxpayer dollars, featured illuminating lectures (by whites) that informed European-Americans they were like “alcoholics” who could never be cured of racism, and if they didn’t want to work for “equity,” to “get the f*** out of education.” [Teacher ‘White Privilege Conference’: Whites Are Never Cured of Racism, by Warner Todd Hudson, Breitbart, April 1, 2014]

Of course, all this breast-beating by whites doesn’t seem to actually have much of an impact on African-American youth in Wisconsin. The state was recently declared the worst in the nation in “child well-being” for black children, with particularly glaring “black-white discrepancies in and around Madison, the relatively progressive and prosperous capital city.” [Study’s Low Marks on Youth Well-Being Stir States, by David Carry, Associated Press, April 1, 2014] (Needless to say, the responsibility of blacks for their own children went unmentioned).

At the same time, the University of Wisconsin’s NCAA Men’s Basketball Team has advanced to the Final Four. Paradoxiically, the Badgers are overwhelmingly white, starting four white players out of five. Main Stream Media treatment of white athletes, especially in basketball, has rcently assumed the historic American nation’s presence in the sport they invented is a freak occurrence.

The MSM’s amazed reaction to the Badgers reflects the conventional wisdom (and bigotry) that whites simply can’t compete on the court. In this area, reporters feel free to make blanket statements about the collective athletic abilities of entire races.

This ten years ago, Boston Globe reporter and ESPN contributor Bob Ryan said the Vanderbilt Commodores were “too white” to win (even though the team started three black players). [Tournament notebook: Ryan says Vandy is “too white,” The Seattle Times, March 19, 2004]

In fairness, though, stereotypes are stereotypes for a reason. And basketball players and coaches largely agree that basketball belongs to blacks. Thus white professional star Larry Bird said: “It is a black man's game, and it will be forever.” [“Bird: NBA a ‘black man’s game,”ESPN, June 10, 2004] 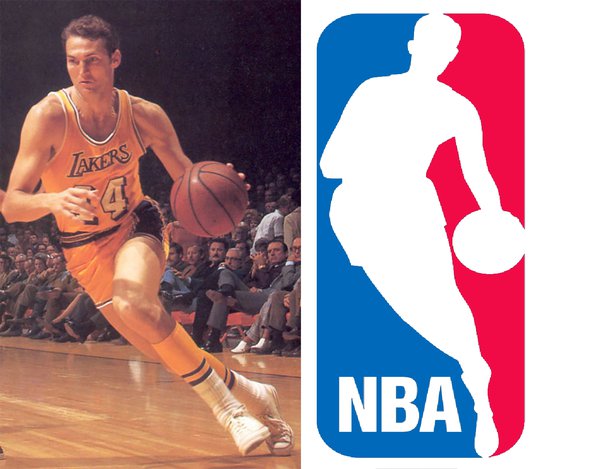 Even as far back as 1977, Jerry West, the white athlete that the professional NBA logo is based on, said:

When I first came into the league [in 1960], it was just starting to turn into a black league. And let’s face it. This is a black league now.

For a team of overwhelmingly white players to compete for the NCAA Championship is a  rarity:

Recruiting numbers spell it out in black and white: Since the 2000 tournament, 34 of 40 Final Four teams played consistently with no more than one white starter during that particular year. The 2003 Syracuse team, with white starters Gerry McNamara and Craig Forth, was the only one to win a championship.

The last championship team to rely on at least three white starters was Duke in 1991, its first of back-to-back championships thanks to Bobby Hurley, Christian Laettner and Billy McCaffrey, who started most of that season.

While (white) sports commentator Dick Vitale thinks the idea of race’s relevance in sports is “garbage,” players don’t seem to agree. The University of Arizona team, who fell to Wisconsin, were asked in post-game interviews to describe Wisconsin in one or two words. Their responses:

At that point, Badgers coach Bo Ryan interjected, touching on an occasionally sore subject: “Not one of our guys said ‘athletic.’ Did you notice that?”

But in modern America, you aren’t supposed to “notice.” And Madison, Wisconsin certainly practices that.

As usual, the city’s relatively small black population is responsible for a disproportionate amount crime, prompting calls not for less crime, but for “community courts” that will “rehabilitate” African-Americans. [Race bias in Dane County legal system to be fought in special courts, by Steven Verburg, Madison State Journal, October 29, 2013].

But while the MSM in Wisconsin or anywhere else would never tolerate noticing the color of crime or the denial of “privilege,” reporters seem comfortable mocking white athletes.

…The Case of the Wisconsin Badgers. It's a team with one black starter and one black reserve who sees action.

Everybody else looks like they came from the Moscow YMCA. As such, they have no business being in the Final Four.

I realize such blatant stereotyping is taboo.

White-Guys-Can't-Play is the last bias you can profess without getting fired or banished to the Don Imus Sensitivity Training Academy. I'm not here to decry double standards or debate anthropology and code words like "athletic" and "Larry Bird."

It's more fun to just roll with reality, like Frank Kaminsky III did. He's Wisconsin's affable center. When asked last week how opponents would describe the Badgers, Kaminsky said what everybody was thinking.

It got a big laugh and made it easier to discuss the white elephant in the Big Dance. I read one scouting report that began, "Yes, Wisconsin starts four white guys."

Though it is treated as a joke, Wisconsin’s team challenges the narrative of black domination and the whole system of “black privilege” on the hard court.

Wisconsin will tipoff against the University of Kentucky, a team that starts five blacks. Ironically, Kentucky was one of the last all-white teams in the finals, defeated by Texas Western (starting five Blacks) in the 1966 NCAA finals, the basis for the celebratory film Glory Road.

According to Kriegel, Pistol Pete’s father—a respected college basketball coach—thought that black players would dominate the game, based on their physiological makeup. Maravich was able to rule college ball, but after he was drafted by the Atlanta Hawks, his career didn’t live up to expectations. His black teammates wouldn’t pass him the ball and even tried to drive him out of the NBA. [No one can cap the pistol, by Curry Kirkpatrick, Sports Illustrated, December 4, 1978]

Could a Wisconsin victory reverse the destructive assumption of black supremacy?

I don't think so. If Wisconsin wins, the result will likely be soul-searching rather than celebration.

Win or lose, knowing the Badgers’ home town, expect a workshop at the “White Privilege Conference” next year focused on what Leftists do best: root, root against the home team—at least if they’re white.