Eastern European Jews And The Case Of the Marginalized Elite 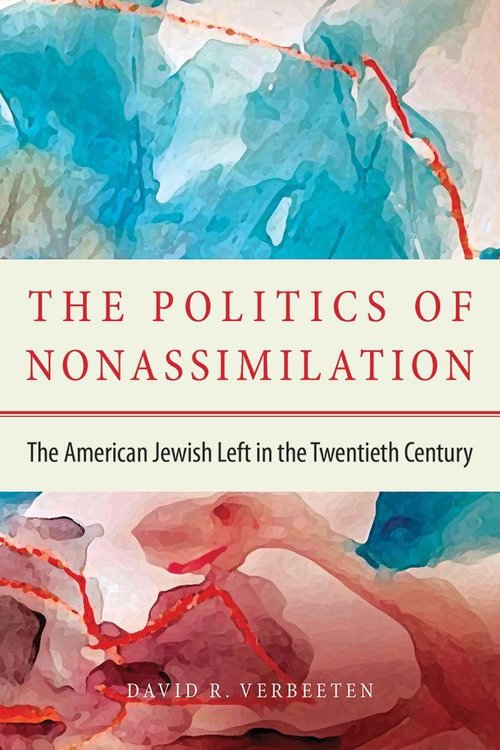 The story of Eastern European Jews who immigrated to America in the beginning of the twentieth century is a story of “self-marginalization.” The more dramatically Eastern European Jews progress socio-economically, the more strenuously they identify with “marginalized groups” and seek to undermine the white Christian majority population. And though he takes care to guard against charges of being Politically Incorrect, David R. Verbeeten’s The Politics of Non-Assimilation: Three Generations of Eastern European Jews in the United States in the Twentieth Century (De Kalb: NIU Press, 2017) is a goldmine of sociological evidence revealing this critically important phenomenon which so many scholars are happy to ignore.

The Dissident Right may find Verbeeten controversial as well. Though Kevin MacDonald argues his theory about Jewish group behavior ably, I believe it is unwarranted to generalize about the social behavior of all Jews simply because of the behavior of Eastern European Jews. [In Search of Anti-Semitism, by Paul Gottfried, Takimag, April 6, 2009] Other Jewish immigrants in other times and places have behaved very differently, including backing causes which today would be called reactionary or even “racist.”

Most Sephardic and German Jews who came to this country disappeared quickly into the gentile gene pool. As late as 1920, a plurality of American Jews, mainly those of German and Sephardic descent, voted for the Republican presidential candidate, Warren Harding. (Presumably the 38% who voted for the socialist Eugene Debs came from the newly enfranchised Eastern European Jews) [U.S. Presidential Elections: Jewish Voting Record, Jewish Virtual Library, Accessed April 20, 2017]. One of the earliest religious congregations to declare for Southern secession was the Temple in Charleston, Beth Elohim, the congregation of Confederate secretary of state Judah Benjamin. Thousands of Jews, of German or Sephardic origin, fought for the Confederacy [Jewish Confederates, by Hunter Wallace, Occidental Dissent, June 5, 2013].

Verbeeten gamely attempts to explain the change in American Jewish political attitudes but sometimes avoids the obvious. There is no demonstrable correlation, he tells us not very convincingly, between the fear of anti-Semitism and the compulsive affinity of Eastern European Jews for “left-wing activism.” Although Eastern European Jews went into the Democratic Party en masse, we’re told the party they chose may have “harbored” more anti-Semites than did the Republican Party. He also claims that “rather than antisemitism, the Jewish Left is far more decisively correlated with secularization.” The proof we are given is that Orthodox Jews, even of Eastern European provenance, remained “conservative.”

The author, a Cambridge PhD with whom I’ve corresponded for years, is far too intelligent to take such assertions seriously. It seems unlikely those Jews who eagerly assimilated feared and/or loathed the goyim whose company they were seeking. It’s equally unlikely Jewish leftist organizations like the Anti-Defamation League, which constantly claim rampant anti-Semitism among white Christian heterosexuals, are free of any fear of antisemitism.

Besides, the attraction of Eastern European Jews to the Democratic Party was not the chief measure of their radicalism. There was a disproportionately large Jewish membership in the Communist Party. Verbeeten analyzes this inconvenient truth in his discussion of Eastern European radical Alexander Bittelman, one of the architects of the American Communist Party. He also notes the heavy Jewish vote cast in 1948 for the Soviet-appeaser Henry Wallace and the very noticeable Jewish presence in almost every culturally Leftist pressure group in the US for the last century. This radicalism tells us more about American Jewish political attitudes than the fact Jews voted for FDR.

Verbeeten’s insistence that Jewish radicalism and Jewish self-marginalization correlates not with fear of antisemitism but secularization raises an obvious question. Why were earlier Jewish immigrants to America far less likely than the Eastern European latecomers to become permanently radicalized once they stopped attending synagogue or performing Jewish rituals?

Lots of German and Sephardic Jews broke away from their ancestral ritual community, without going on to support Stalin’s Five Year Program or demanding transgendered rest rooms. Admittedly Orthodox Jews are more likely than other Jews to vote Republican now, perhaps because of the GOP’s fervent support for Israel. But Orthodox congregations have also had their fill of Jewish leftists (like Abe Foxman). And though Orthodox Rabbis have not very often marched for gay rights, it’s doubtful “secularization” is the chief reason Eastern European Jews remain on the political and social left.

More importantly, a leftist mindset is by no means peculiar to Eastern European Jews. This group has behaved like other ethnically cohesive minorities in America drawing friend/enemy distinctions. That such groups would support the Left is entirely predictable. Their members view themselves as a minority struggling against an Establishment from which they think (or would like to think) they’re being excluded. Pointing to the majority “enemy” that allegedly threatens one’s minority existence makes perfectly good sense from an in-group perspective. Having an enemy, even an imaginary one, at the gate prevents loss of collective solidarity—and benefits those whose job it is to exaggerate the danger of hostile outsiders.

The German Jewish patricians whom Verbeeten discusses as the managers of Jewish philanthropies were not particularly interested in maintaining Jewish solidarity. They admired the Protestant upper-class whom they tried to imitate. German Jewish philanthropists were far more indulgent than Eastern European Jews in dealing with the social elite who snubbed them, according to Verbeeten. The prejudice they encountered in seeking membership to private clubs and opulent WASP neighborhoods was viewed as a temporary inconvenience. It was not something they cared to denounce since they hoped to become the friends of those who were snubbing them. Such conduct was not unusual for a group seeking admittance into a higher social stratum.

However, once Eastern European Jews took over these philanthropies, and formed the American Jewish Congress in 1918, they attacked white Christian discrimination in any and every form. Of course, these vaunted Jewish warriors against discrimination were far from equally critical of those who attacked them from the Left. Indeed they’ve often bent backward to excuse the hateful antisemitism of blacks and other designated victim groups. Such hypocrisy is deemed an acceptable cost to maintain the Jewish alliance with the socially marginal.

What is equally remarkable about this Jewish “self-marginalization” that Verbeeten discusses is its intergenerational character. It has not faded over time but resulted in jumping from one Leftist commitment to the next, from Alexander Bittelman’s Stalinism through support for the Civil Rights revolution in all its phases down to feminism, gay marriage and crusades for illegal immigrants.

We are clearly dealing with a group that embraces all kinds of Leftist causes, most of which have a destabilizing effect on what remains of a traditional Christian society.

Let me repeat: I don’t find anything about this behavior that has characterized all Jews at all times (unlike MacDonald). Non-Eastern European Jews often rushed to assimilate when given the opportunity; some of the major conservative figures of the nineteenth century were Jewish converts to Christianity, like the English Jew Benjamin Disraeli and the German Jew Friedrich Stahl. And Jews from the former Soviet Union, who are also “Eastern European,” have been generally strongly Zionistic but do not demonstrate the persistent, peculiar social behavior that Verbeeten associates with his study group. [The Election And The Jewish Vote, by Jay Lefkowitz, Commentary, February 1, 2005]

Neither David Verbeeten nor I would overgeneralize about these tendencies. The radicalizing influence of Eastern European Jewry on American Jewish politics refers to a general trend. It should not be taken to mean that every descendant of every Eastern European Jew who came in America is necessarily on the anti-Christian Left (I have met many who are not). Nor does it mean that German and Sephardic Jews have not contributed individually to this trend.

For example, Verbeeten presents Supreme Court Justice Felix Frankfurter as a prime example of the Jewish Leftist politics that he’s investigating. But Frankfurter, who was an avid New Dealer and a champion of using the Supreme Court to end racial segregation, was a Viennese, not an Eastern European Jew. Two leading writers on the Holocaust, who emphatically blame the white Christian West for Nazi atrocities, Deborah Lipstadt and Daniel Goldhagen, are of German Jewish descent. The payroller of Leftist causes worldwide George Soros was, like my ultraconservative father, born in Budapest.

Verbeeten is examining the general cultural and social influence of a particular ethnic subgroup, not the atypical behavior of individuals who form limiting cases. One might also expect, all things being equal, that Jewish refugees from the Nazis would exhibit sympathy for the Left as the presumed enemy of the enemy from whom they fled.

Yet the general trend is there.

To end with a personal story: My eldest aunt, who lived into her late nineties, attended synagogue regularly in her later years. In the 1960s, she and her husband had been conservative Republicans, but in 1996, shortly before her death, she told me that her Rabbi had warned his congregation against voting for Republican presidential candidate Bob Dole.

What was the reason for this sudden reversal? This utterly bland moderate Republican, my aunt was told, was a hardened anti-Semite. Arguably, increasing one’s contact with Jewish communal activities may also increase the likelihood of becoming a Leftist. My aunt, in fact, did go on to vote for Bill Clinton.