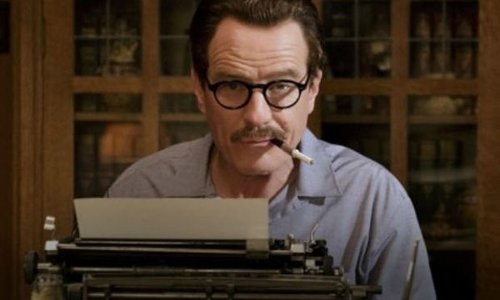 They WERE Communists—Dalton Trumbo Had It Coming

"Dalton Trumbo was a socialist, but he loved being rich." 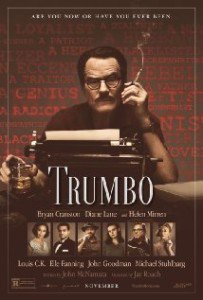 So says Bryan Cranston, who stars in "Trumbo," out this week, and plays the screenwriter who went to prison with the Hollywood Ten in the time of Harry Truman.

Actually, Trumbo was not a socialist. Bernie Sanders is a socialist. Trumbo was a Stalinist, a hard-core Communist when the Communist Party USA was run from Moscow by the Comintern, agents of the greatest mass murderer of the 20th century.

Trumbo was not what Lenin called a "useful idiot," a liberal simpleton. He was the real deal, a Bolshevik who followed every twist and turn in the Moscow party line.

When Hitler signed his infamous pact with Stalin, and Germany and Russia crucified Poland and Hitler overran France, Trumbo justified the Nazi brutality, "To the vanquished all conquerors are inhuman."

As Churchill led his country in defying Hitler, Trumbo, in his 1941 novel, "The Remarkable Andrew," trashed Britain as no democracy, as it had a king, and charged FDR with "black treason" for seeking to aid the Brits in their desperate fight to stave off defeat by the Nazis.

A talented screenwriter who wrote "Roman Holiday," "Spartacus" and "Exodus," Trumbo was attracted to revolutionary violence.

Invited to do a screenplay of William Styron's "Confessions of Nat Turner," about the Virginia slave who led a rampage of rape and murder in 1831, Trumbo wrote back:

"[I]n carrying through his rebellion Turner did nothing more than accept a principle of white Christian violence which had enslaved all of Africa, and used it for the first time in American history as a weapon against white Christians."

Biographer Larry Ceplair quotes Trumbo as describing America as "fundamentally" racist, with racism "the keystone of national policy both domestic and foreign...

"How many gooks have we killed in Korea? How many slopes in Vietnam, Laos and Cambodia? Millions, and we're still killing more of them. Our thirst for the blood of dark-skinned sub-humans is insatiable."

Why is Hollywood making a movie about Trumbo?

To whitewash the traitor and his comrades who were blacklisted for refusing to testify to the House Un-American Activities Committee about their Communist Party membership and affiliations.

In promoting "Trumbo," Hollywood's flacks write of the late 1940s as the "darkest days" in American history.

They were dark all right. But probably less dark for Tinseltown Bolsheviks than the hundreds of millions who fell under the rule of the revolutions and regimes they supported in those years.

Between 1946 and 1950, Stalin murdered the Russian POWs we sent back in Operation Keelhaul, imposed his barbarous rule on 10 Christian nations of Eastern Europe, blockaded Berlin, built an atom bomb with the aid of American traitors Julius and Ethel Rosenberg, helped Mao Zedong conquer China and begin a slaughter of Chinese that would exceed the millions attributed to Stalin himself. 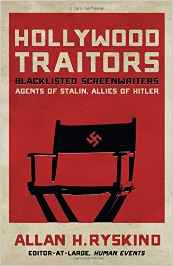 son of Hollywood writer Morrie Ryskind, writes in "Hollywood Traitors," his definitive new book published by Regnery, "There appeared to be no corkscrew twist in the Soviet line [Trumbo] wouldn't embrace."

With all its attendant favorable publicity, "Trumbo," is designed to accomplish several goals. No only to heroize the Hollywood Ten, but to demean John Wayne and the other patriots who, along with Ronald Reagan of the Screen Actors Guild, helped clean the treasonous vermin out of their town and industry.

The villainess of "Trumbo," played by Helen Mirren, is Hedda Hopper, the anti-Communist columnist who had considerable clout in Hollywood and backed Ronald Reagan, Ryskind Sr. and John Wayne, who eventually drove the Communists from their midst.

Larger issues are raised by this film.

If one has been a Communist, or a Nazi, and supported that evil ideology and its aims, what is one's moral obligation to one's country?

Is it not to step forward, and tell the truth?

What was the duty of Congress, if not to expose ideological treason in the most powerful cultural force in the America of that day?

What was the duty of the leaders of a great industry that found a nest of traitors in their midst, whose deepest allegiance was to our mortal enemy?

For remaining mute, refusing to testify before the Congress, the Hollywood Ten are portrayed as martyrs to the First Amendment.

Yet, as Communists, they were providing aid and comfort to the greatest enemies free speech and freedom of the press ever had.

Had the Hollywood Ten supported a subversive party in Stalin's Moscow, what would have happened to them might have been slightly worse than not getting screen credits for the movies they wrote.

By joining a criminal conspiracy dedicated to the overthrow of the government established to protect our freedoms, and the imposition of Communist tyranny, the Hollywood Ten got what they deserved.

By their treason, they blacklisted themselves.