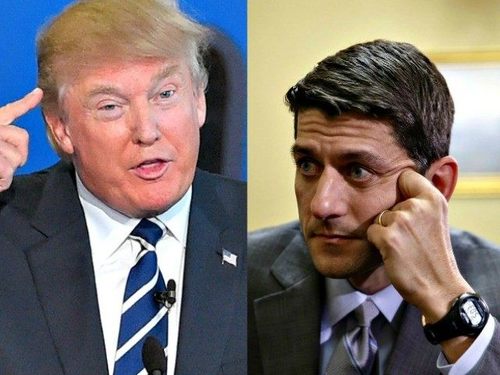 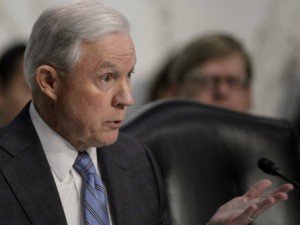 Incoming! America’s Senator, Jeff Sessions, is sounding the alarm about how Republican leadership plots to pass Amnesty/ Immigration Surge in 2017 [Sessions: ‘Great Danger’ of Amnesty in 2017, WND, October 24, 2015]. Even with the Establishment candidates for the GOP nomination in full retreat, Speaker John Boehner driven out by his own party, and a refugee crisis crushing in Europe, the Great and the Good can’t wait to punish their own voters. The only man who stands in the way of the GOP becoming an utterly transparent front group for the Chamber of Commerce is—Donald Trump.

At the heart of the Republican leadership’s attempt to return to a “business as usual” approach: its drive to make Paul Ryan Boehner’s replacement as Speaker of the House. Not surprisingly, Ryan was also gleefully endorsed by Democrats such as Harry Reid and openly anti-American and anti-White Congressman Luis Gutierrez [More Democrats back Paul Ryan for House Speaker, by Neil Munro, Breitbart, October 21, 2015]

Ryan, like hacks Matt Lewis and Rich Lowry, has the quintessential cuckservative appearance– that of a middle aged man who somehow looks like a kid on the cusp of puberty, wearing a borrowed suit so he can be dressed nice for the middle school dance. Ryan’s rise has been widely touted as a return to Jack Kemp style Republicanism focused on “empowerment” and outreach to non-Whites. Ryan does share the distinction with Kemp of being the VP nominee on an incompetent, failed GOP ticket which didn’t win many minority votes. However, Ryan can take some solace in how he “empowered” the oppressed African-American Barack Obama, as it was Ryan who led the effort to force through the Trans-Pacific Partnership agreement and give the President sweeping new powers in the face of strong conservative opposition.

There’s a great danger to elect a Speaker of the House who is a leading advocate for two major issues today — trade and immigration — and advocating against the wishes of the Republican voter.

Senator Sessions notes that Speaker Ryan would be eager to pass an Amnesty/Immigration Surge regardless of whether he was working with a Democratic or Republican President. Sessions predicts a Gang of Eight-style immigration bill in the first 100 days of a Rubio or a Clinton Administration.

And we could expect most of Ryan’s time, like that of Boehner and Ryan’s fellow “young guns” Kevin McCarthy and former Congressman Eric Cantor, to be spent trying to intimidate Republicans into voting against their own constituents’ interests on a host of issues.

Obviously, a President Trump would be a huge threat to these plans. He has largely defined his campaign by the immigration issue and is a frequent critic of TPP and other trade deals which cost Americans’ their jobs. Trump has also opposed cuts in Medicare and Social Security, two government programs that voters actually use and like [What Donald Trump gets about the electorate, by Lee Drutman, Vox, August 18, 2015].

What truly scares the Beltway Right: many people now believe a Trump victory in the primary is not just possible but likely. About eighty percent of both Republican and Democrat insiders polled by Politico said Trump’s odds of winning the Republican nomination have increased in the last month [Insiders: Trump nomination looking more likely, by Katie Gluek, October 23, 2015].

As Politico noted, “the rest of the Republican Party will coalesce against him if he still appears to be a serious contender for the nomination when voting begins.” One “insider” was quoted sneering: “The party will nominate Bob Dole—in 2016—before it will nominate Trump.”

Indeed, the “party loyalty” pledge that Donald Trump signed to quash fears he would run as an independent seems to only go one way. Bill Kristol has already promised to back a Third Party candidate if Trump wind the nomination [If Trump Gets GOP Nod, Kristol says he’ll back a third-party candidate, by Caitlin Macneal, Talking Points Memo, September 15, 2015].

Not surprisingly, two of the leading figures in this effort are Katon Dawson, a former Rick Perry backer and fundraiser for Lindsey Graham; and David McIntosh of the Donor Class’s activist arm, the Club for Growth [GOP Establishment Figures Start Planning for Anti-Trump Effort, by Perry Bacon Jr., NBC, October 20, 2015].

In what can only be assumed to be an unconscious appeal to history, some “leading conservatives” are even promising “massive resistance” if Trump continues to hold his position [Panicked establishment gets ready for war against Trump, by Byron York, Washington Examiner, October 19, 2015].

Yet such a strategy requires a faux “outsider” the Donor Class can easily push around. Carly Fiorina was calling herself an outsider because she failed in her California Senate campaign, but her poll numbers are in “free fall”—she has plummeted to less than five percent support in national polls [Fiorina and Clinton going in opposite directions in latest 2016 polls, Women in the World/New York Times, October 20, 2015].

Thus, the supposed “outsider” Ben Carson is now gaining a Strange New Respect from the GOP Establishment, with Kristol noticeably talking up Carson’s chances as of late. Carson is the Establishment’s “acceptable” outsider—a political newcomer who won’t rock the boat on immigration.

Carson is now leading in Iowa even though polls show voters actually think Trump has better positions on the issues. His rise seems to be a kind of mass exercise in wishful political thinking: his supporters think they aren’t voting for a political leader or a President, but a kind of symbolic head of state who will restore the country by exuding a vague belief in Christianity.

According to Alex Castellanos (who may be biased against Trump because of the immigration issue), “Iowa GOP caucus goers see America’s decline as primarily a moral problem”—and Carson’s favorability ratings are over 80 percent [Iowa Poll: Carson surges to 9 point lead; Trump slides, by Jennifer Jacobs, The Des Moines Register, October 23, 2015].

But what Carson’s rise really shows: many GOP voters, as well as insiders, are morally intimidated on racial issues. Much as some Republicans talk about “getting past” the immigration issue, Carson supporters hope to “get past” the race issue, making Carson’s ads promising to “heal” the nation attractive [Carson and Trump are dominating, but their chummy rapport turns cool, by Philip Rucker, and Robert Costa, Washington Post, October 24, 2015].

But challenging the GOP Establishment on immigration requires a confrontational approach. And given Carson’s pathetic record on immigration, we can have predict a President Carson would eagerly sign an Amnesty/Immigration Bill proudly presented by Speaker Paul Ryan—no doubt with both figures presenting this Cheap Labor handout as a Christian duty.

Commenting on the stupidity and selfishness of the Bourbons after the French Revolution, Talleyrand famously commented they had “learned nothing and forgotten nothing.” But the leadership of the Republican Party makes the fat Louis XVIII look like Caesar Augustus. And no degenerate aristocrat of the royalist court can compare to the cynicism of Paul Ryan’s sanctimonious rhetoric or Ben Carson’s moneymaking scam disguised as a campaign.

What’s needed is a leader who will tear the heart out of the Open Borders hacks of Conservatism Inc. Only Trump can accomplish this necessary revolution.