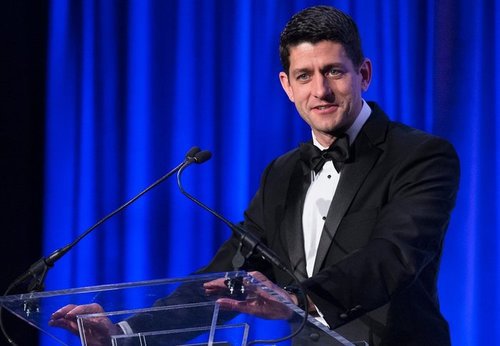 Own The Insult! If The GOP Elects Ryan, Why Not Just Rename Itself "The Donorist Party"?

I'm afraid that the first thing that came to my mind that the word “sissy” is now Banned In Britain (by David Cameron’s “Conservative” government!) was my favorite homosexual activist from the 1990s, Luke Sissyfag, who ran for Mayor of Washington, D.C. in 1994, although alas he didn't win. The latest news about him I can find is that he has turned into a bear.

His changing his name to Luke Sissyfag was an example of "owning the insult," which regrettably is now much less common than in the past. The party labels "Whig" and "Tory" both came up this way. A whig was originally a cattle rustler from the Scottish borders; a tory was an illiterate bog-dwelling Irish Catholic. They just owned the insults.

It's a shame we don't do that anymore. Democrats could face the world boldly as the Tax-Eaters Party. The GOP could proudly rebrand itself the Donorist Party. There'd be a net gain in political honesty. Own the insult, people!

The GOP is a particularly peculiar political beast. Any big party, if it's to enjoy widespread success, needs two things: money, so that it can advertise itself to the populace, and votes, so that its candidates can get into office. What is peculiar about today's Republican Party is that most of its voters want things diametrically opposed to what most of its donors want.

That's why you hear so much scornful or angry talk about "the GOP Establishment." These are the party bosses and congresscritters who see it as their main job to keep the donors happy.

Big parts of the party's message, though, are indigestible to Republican voters. Since they need voters just as much as they need donors, the GOP Establishment is trapped in a painful and unsightly straddle.

This is the reality behind Mitt Romney's defeat in 2012. Rightly or wrongly—you'll get an argument from Ann Coulter about that—Romney was seen as an Establishment candidate, so a lot of GOP voters stayed home.

The straddle failed even more spectacularly in the summer of 2014 when quintessential Establishment Republican congressman Eric Cantor—who was House Majority Leader, no less—lost in a primary contest to an unknown and underfunded challenger.

The Eric Cantor story reveals the dark underside of this issue. Cantor had barely finished cleaning out his desk on Capitol Hill when he was offered, and accepted, a job with an investment bank at an annual salary of three and a half million dollars. [Ex-Republican leader Cantor grabs $3.4 mn-salary job at investment bank, US News, September 2, 2014]

And that's why we're likely looking forward to a Paul Ryan speakership in the House of Representatives. Ryan is donorist down to his Gucci loafers. Breitbart.com’s Julia Hahn just ran a withering piece about this:

Pew found that only a vanishing 11 percent of Republican voters think so-called "free trade" will raise wages … Pew also found that only a maximum of seven percent of Republican voters agree with the Ryan-Rubio vision of increasing immigration. Except, given the wording of the question, it is likely that it is even smaller than seven percent …Pew Polling: At Least 93% of GOP Electorate Opposes Paul Ryan On Immigration, October 21, 2015

Ryan has a D-minus rating on immigration issues from NumbersUSA, that's down in the bottom quintile among Republican House members. He has consistently shilled for the interests of foreigners and employers over the interests of American workers.

Breitbart’s Hahn dug up a video clip from Chicago in 2013 where Ryan joined with the fanatical Hispanic-supremacist representative Luis Gutiérrez to call for Open Borders. Quote from Ryan on that occasion:

America is more than just a country. It's more than Chicago, or Wisconsin. It's more than our borders. America is an idea. It's a very precious idea.[Immigration reform brings Democrat Luis Gutierrez and Republican Paul Ryan together, By Elaine Coorens, OurUrbanTimes, April 23, 2013]

As the late Sam Francis pointed out, the logic of that is that a native of, say, Somalia who believes in the Very Precious Idea should be given citizenship forthwith, while a U.S. citizen who does not believe in it should have his citizenship taken away with equal dispatch.

Yet a person who promotes this nation-wrecking flapdoodle, in opposition to 93 percent of his party's voters, is set fair to become the next Speaker of the House.

Or, if he screws up somehow and falls to a primary challenger, the donors will set him up with a nice gig at an investment bank.

That's the system we have, folks.

Oh well, let's look on the bright side: At least we shan't have to see John Boehner weeping into his hanky any more.