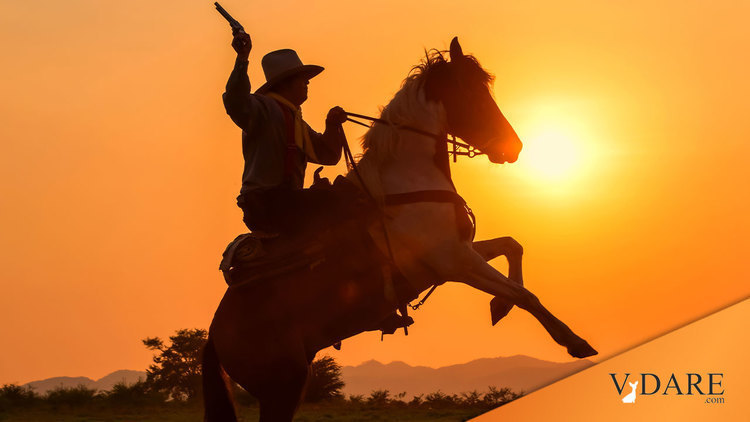 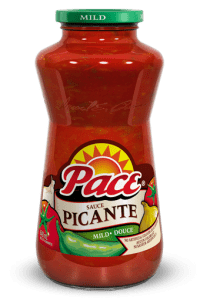 A Pace Picante Sauce 1990s ad campaign best explains Cruz’s campaign: they featured groups of cowboys asking for picante sauce, with one cowboy foolishly offering a generic brand. A more knowledgeable cowboy always informed him: “Pace Picante sauce is made in San Antonio, with fresh vegetables, spices by people who know what picante sauce is supposed to taste, this stuff’s made in New York City!”

At this, the indignant cowboys yell “New York City?!?” In one of the ads—which would now be considered Hate Speech—a cowboy was so upset with the chef’s New York City salsa, he told his comrades to “get a rope.”

Needless to say, a New York-based ad agency, Young & Rubicam, actually created the campaign [Pace pokes more fun at NYC, by Theresa Howard, USA Today, November 7, 2004]. The agency had initially planned to use “New Jersey” instead of New York City, but decided the latter had a better ring to it.

Ted Cruz is the Pace Picante Sauce of 2016 Presidential campaign. For most of it, Cruz took pains to avoid picking a fight with Donald Trump in order to court his followers. Greatly to his credit in VDARE.com’s eyes, Cruz reversed his past support for mass immigration and adopted a strong immigration patriot position (which could be calculated but has proved beyond Marco Rubio, Jeb Bush or even, convincingly, Scott Walker). Cruz has adroitly ridden Trump’s coattails to second place. Now he is trying to rip Trump’s coat off.

Cruz’s strategists apparently decided that tying Trump to “New York Values” was the most effective way to combat him, and he has stuck with this line of attack. He told Howie Carr that Trump

"may shift in his new rallies to playing 'New York New York,' because you know Donald comes from New York and he embodies New York values."

At the most recent debate, Cruz repeated the “New York, New York” line and added that “Everyone understands that the values in New York City are socially liberal, pro-abortion, pro-gay marriage, focus around money and the media.” Cruz then dug up a more-than-sixteen-year old video in which Trump explained he was pro-choice, because

“I mean, hey, I lived in New York City and Manhattan all my life, OK? So, you know, my views are a little bit different than if I lived in Iowa perhaps, but it’s not something that would disturb me.”

I doubt that these Cruz attacks will go anywhere. Trump owned the New York mantle at the January 14 debate, and deftly brought up the city’s reaction to 9-11.

(Incidentally, a few years ago, someone made a post-9-11 parody of the ad on YouTube, where after screaming “New York City” the cowboys put their hats on their chest and say “Never Forget.” The announcer then says “New York Salsa: anything else and the terrorists win!”)

But Cruz’s biggest problem is that this debate opens the door for scrutiny of his own New York donors and corporate background.

Coincidentally, in the last week, we learned Ted Cruz fibbed about two incidents in his political career. Normally, I would not really care. However, these two incidents show a candidate clumsily attempting to hide his corporate, big-city background.

Cruz did not report this loan on his FEC filings, which he called a “paperwork error” and suggested this was just the liberal Main Stream Media making a mountain of a molehill. But the reason people hire lawyers in the first place is to avoid such “paperwork errors” [Ted Cruz Didn’t Report Goldman Sachs Loan in a Senate Race, by Mike McIntire, New York Times, January 13, 2015]

But the Associated Press has reported that the Bush Administration did offer Cruz a position as Associate Counsel. As Cruz’s spokesman gave a typical response that the candidate “does not recall” the specifics, we can only speculate about his motivation [Report: Ted Cruz turned down White House post after 2000 campaign, by Hanna Trudo, Politico, January 15, 2016]. But one very likely possibility: the FTC is one of the best places to work in order to transition into the most profitable practice groups at a corporate law firm. And indeed Cruz later became a partner at Morgan Lewis, a major Philadelphia-based firm [Ted Cruz made $1million as a lawyer while campaigning for Senate in 2012, by Emily Wilkins, Dallas Morning News, August 4, 2013]

Cruz’s campaign explained this by saying, “There are many in New York who don’t embrace the big government, liberal values that a large portion of the Manhattan elites do, and we are immensely grateful for their support." [Cruz hates New York values — but likes New York money, by Jonathan Swan, The Hill, January 15, 2016]

This quote shows a significant shift in Cruz’s definition of “New York Values.” At the debate, described New York Values as gay marriage and abortion. Now “Manhattan elites” are bad because they support “big government.”

What explains this shift? Many of Cruz’s own donors are socially liberal “Manhattan elites.” Two prominent homosexual businessmen, Mati Weiderpass and Ian Reisner, hosted a reception for Cruz. Reisner owns the gay-themed hotel Out-NYC and is involved in developing the gay vacation mecca Fire Island. And at this meeting, not surprisingly, Cruz veered sharply away from rhetoric designed to appeal to the devout Christian Right and instead talked about his gay friends and how he would support his children if they were gay [Ted Cruz Is Guest of Two Gay Businessmen, by Maggie Haberman, New York Times, April 23, 2015].

While Cruz has said opposing gay marriage would be “front and center of his campaign,” when the white shoe New York law firm Sullivan and Cromwell hosted a fundraiser for him, he explicitly disavowed that it would be a top issue for him. [What Ted Cruz said behind closed doors, by Mike Allen, Politico, December 23, 2015].

It’s not that these New York connections should disqualify Cruz. But there’s a clear discrepancy between his populist Texas persona and his actual background and backers. Like Pace Picante, he advertises himself as a Texas original after he received positive feedback from PR firms based in New York City, while receiving money from Goldman Sachs.

Donald Trump has never pretended to be anything other than what he is, a member of the New York cultural and business elite. Indeed, part of his appeal is that his wealth relieves him from needing to kiss up to hedge fund managers and investment bankers, unlike Cruz and other candidates.

Yet Trump has long identified with ordinary Americans. Back in 1989, he said, “I find I get along better with the construction workers and the cab drivers” than with other elites [Trump: 'The People's Billionaire', by Glenn Plaskin, Chicago Tribune, March 2, 1989]. 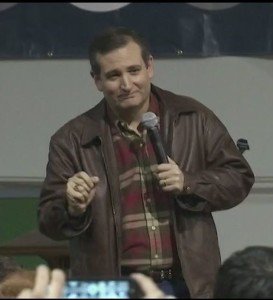 Donald Trump does not pose as Texas Picante Sauce. He campaigns as himself. And that’s fine.

After all, Cruz should remember many people like New York-style pizza. Even when it’s eaten with a fork and knife. [Donald Trump Explains Why He Eats His Pizza With A Fork, by Craig Kanalley, Huffington Post, June 2, 2011].