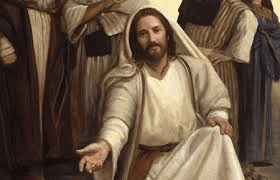 I have been long dubious about Ted Cruz. But the fact is that in the Senate he has shown himself to be an intelligent, brave and enterprising man. That puts him ahead of 95% of his GOP colleagues.

The storm of MSM hatred and vitriol which has greeted his Presidential announcement is quite remarkable. While I do think the Left MSM has become crazier recently (see MSM Reporters Give Hillary Clinton Standing Ovation after She Takes No Questions, Jokes about Email Scandal Breitbart.com 24 Mar 2015) a more important case is the Wall Street Journal editorial The Cruz Candidacy March 23, 2014

In essence, this condemns Cruz for planning to appeal to White voters

On policy matters, it’s hard to find an issue other than immigration where we disagree with him…

Mr. Cruz is right that Mitt Romney in particular failed to motivate enough conservatives. But he is probably wrong to think that conservatives alone, especially white conservatives, can elect the next President…The next nominee must broaden the GOP’s electoral appeal.

Mr. Cruz’s hard-edged message against immigration may play in the GOP primaries, as Mr. Romney’s did, but it is a dream come true for Hillary Clinton.

WHAT hard edged message? Cruz has been terrible on legal immigration as James Fulford noted today in Ted Cruz And Legal Immigration: “No One Is A Stronger Advocate For Legal Immigration” and Brenda Walker observed yesterday in Ted Cruz Throws His Hat into the Ring, with Minimal Mention of Immigration. Is the Wall Street Journal admitting it supports Obama's No Borders policy?

And as for the WSJ gang’s key concern, Cruz is as subservient as Romney.

So why are they so hostile?

When I was three, my father decided to leave my mother and me. We were living in Calgary at the time, he got on a plane and he flew back to Texas, and he decided he didn’t want to be married anymore and he didn’t want to be a father to his 3-year-old son. And yet when he was in Houston, a friend, a colleague from the oil and gas business invited him to a Bible study…

And God transformed his heart. And he drove to the airport, he bought a plane ticket, and he flew back to be with my mother and me.

Cruz went on to point out that his wife is the daughter of missionaries to Africa. And he had the poor taste to give his announcement speech at Liberty University.