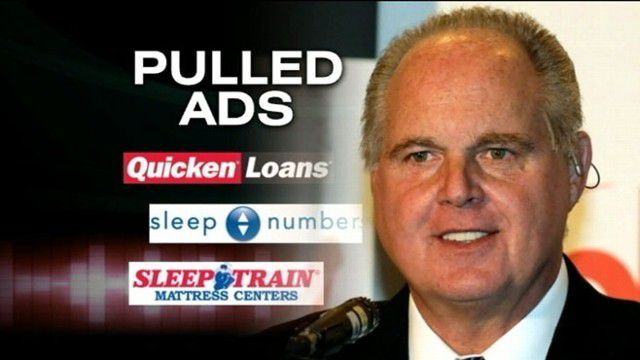 So why did Rush Limbaugh apologize?

When Democratic activist Sandra Fluke testified that she wanted Georgetown, a Catholic University, to be compelled by federal law to pay her three thousand dollars for contraceptives—she meant the Pill, which means she’s asking her university to pay for her to able to have unprotected sex—Limbaugh called her a “slut.” According to Media Matters, the Outraged Left, and the Righteous Right, that’s something Rush is not allowed to say.

Limbaugh is a talk show host. Insulting people is his job.

But, as with Lou Dobbs, Glenn Beck and Pat Buchanan, Media Matters doesn’t want him to have his job. What can it do to destroy him?

There’s virtually no law of libel in the United States. The Supreme Court abolished it in order to prevent the Press and the Civil Rights movement from being sued for lying about the South. The FCC abandoned the unconstitutional “Fairness Doctrine” years ago. (Efforts to revive it are called, with good reason, the “Hush Rush Law.”)

And Limbaugh doesn’t actually have a job he can be fired from. He’s a businessman with his own network, which he sells to advertisers and to radio stations around the country.

But in spite of this, advertisers are dropping him. Recently he’s lost the accounts of

and Allstate Corp, which not only dropped him, but claimed it only advertised on the show by mistake. [Limbaugh advertisers keep heading for the exits March 5, 2012]

This is notwithstanding the fact that he’s issued

In Limbaugh’s “why I apologized” statement, he joked that the media outrage was getting so bad, he tried to call himself and cancel his own advertising on his own network for an iced tea company he owns. But he got a busy signal, so…

Very funny. But, seriously, Limbaugh’s explanation for his apology— “I ended up descending to their level. It's important not to be like them, ever, particularly in fighting them”— is just not credible. Daily Pundit’s Bill Quick wrote what Limbaugh had said was “accurate” and “perfectly true.” Any believing Christian would have to agree.

Only real fear of advertisers could drive Limbaugh to this humiliating surrender. The advertisers, acting in concert with Media Matters and the White House, may indeed now get Rush Limbaugh, part of what increasingly looks like a systematic purge of MSM conservatives.

Of course, when I say advertisers, it’s not really the flower companies or computer companies—it’s the advertising agencies.

While you weren’t looking, the advertising agencies, staffed by the cultural elite Charles Murray talks about in Coming Apart, changed from the sexist, bigoted, capitalistic types of the 1960s, depicted in retro TV series Mad Men, to diversitiphilic loons.

The gloating piece below about Pat Buchanan’s firing from MSNBC didn’t appear in the Daily Kos, or the Daily Beast—it appeared in Advertising Age, the industry paper:

When I heard that Patrick Buchanan had been fired as a commentator from MSNBC, my first reaction was "It's about time!" Buchanan had been suspended four months earlier by the network after publishing his book "Suicide of a Superpower: Will America Survive to 2025." With chapters such as "The End of White America" and "The Death of Christian America," the book has been called racist, anti-Hispanic, anti-black, anti-Semitic and homophobic. Said MSNBC President Phil Griffin, the book should not be "part of the national dialogue, much less part of the dialogue on MSNBC." [More]

According to his bio, David Morse [Email him] is president-CEO of New American Dimensions and the author of Multicultural Intelligence: Eight Make-or-Break Rules for Marketing to Race, Ethnicity, and Sexual Orientation.

His company is “100% GLBT/Minority Owned”. His idea of what should be done as a result of Pat Buchanan’s firing from MSNBC, is this:

If, in fact, the nation has passed the threshold where Americans can no longer shamelessly vent against a multicultural society, at least in public, then perhaps some attitudes need to change among those of us who do multicultural marketing.

If America has entered a new era, then it bids us, as multicultural marketers, to embrace a freedom that many of us never felt we had. We have permission to be bolder in our marketing. We have the license to develop campaigns that push the envelope, and support multicultural causes and concerns that may have made us timid in the past. What does this mean? For starters, more Hispanics, Asians and gays in mainstream ads. And let's not be afraid to show cultural authenticity. Our country, our customers and consumers are ready to see multicultural America as it really is. Let's show Hispanics speaking English. Let's depict African-American culture in a way that's respectful and aspirational, yet real. Let's depict Asian Americans and gays—period. That's how we'll lead the way to portraying the American reality that Buchanan so much disdains. 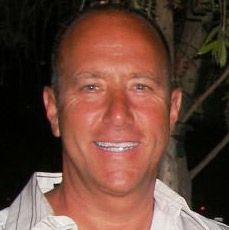 What does that have to do with selling soap, you ask? It doesn’t—Mr. Morse’s goals are not commercial, they’re ideological. (Morse is gay—I’m not saying this because of his photo(above) but because his company has, like most agencies, a white male head—Morse—while claiming to be “100% GLBT/Minority Owned”.)

Morse’s company is in the business of stereotyping far more than Buchanan (or VDARE.com). It claims expertise in the following segments of the market:

But not the White market—because that would be evil.

Of course, this is only a tiny little agency, what Don Draper of Mad Men would have called a 20-man shop.

Let’s take one of the biggies. This is from Leo Burnett—97 offices in 84 countries—one whose clients is Allstate insurance, which cancelled on Rush:

HumanKind 2012: The Transformation of Aspiration

Where is America headed? What lies ahead for brands next year?

These are just some of the key questions Leo Burnett Chicago considered in developing a forecast of behavioral trends called HumanKind 2012, led by Chief Strategy Officer Stephen Hahn-Griffiths.

What’s apparent from the learning is that we’re beginning to see a profound change in the cultural fabric of society and the emergence of a different kind of Big Life Plan.

It’s a new kind of America – where men stay at home, women win the bread, and nearly 40 percent of all children are born to a single mom. In short, it’s the “The Transformation of Aspiration.”

In short, it’s the destruction of the Old America, and society, and a number of other things, but it’s not capitalism.

The simple fact is that it's not ultimately possible to be Poltically Incorrect within the commercial media model. That's why VDARE.com intends to remain a free site and depend on our loyal readers' donations.

Both Ira Stoll at Reason Magazine, and The Wall Street Journal’s James Taranto seem to think that this Rush Limbaugh affair is a distraction from the “serious business” of Obamacare and contraception:

Reason and the WSJ will find themselves shut down unless they stand and fight, as we in earlier controversies have done with them.

Ironically, Limbaugh has, in reality, played it safe for years. VDARE.com Editor Peter Brimelow pointed this out in 2009, when Limbaugh’s closing address to CPAC caused an earlier hysteria:

But there was another reason I skipped Limbaugh: I knew, from long observation, that notwithstanding his brilliant barn-burning delivery, he wouldn't actually say anything new, especially in the area of immigration and the National Question that are VDARE.com's focus. I think the NR editors are mediocrities intellectually and morally, but they do know a political risk when they see one, from long practice in not taking them. And they were quite right to say of Limbaugh, in their obviously uneasy editorial on [an earlier] controversy: "His views are not extreme and his manner is not, for that matter, particularly angry."

Brimelow recounted how he pressed Limbaugh on immigration:

At this point, I think it's pretty clear Limbaugh is never going to make up his mind. He played a heroic role in helping stop the Bush amnesties, but was noticeably hesitant about the tougher parts of the problem. I don't believe he has ever criticized legal immigration. And, of course, he was a blind Bush backer, although Bush's appalling immigration views were always obvious.

I can't really blame Limbaugh for this. He has a big business to run and he's very vulnerable to advertiser pressure. Patriotic immigration reform is simply not good for media careers.

But now they are coming for Rush Limbaugh anyway. Too bad. There has to be a moral in this somewhere.