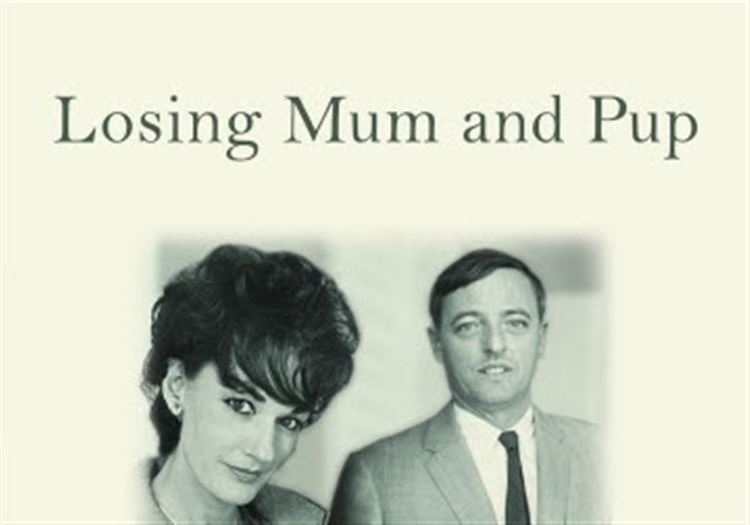 The fascinating news that the ageing William F. Buckley, beset by bladder problems, developed the habit of opening the door of his moving limousine and urinating into passing traffic—revealed by his son, Christopher Buckley in Losing Mum and Pup 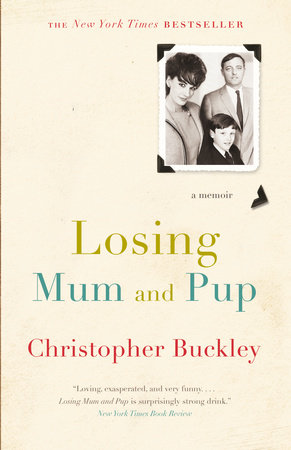 CB himself—whose father certainly presented him with much more distressing problems at the terrible end—seems to think WFB was just importing the manly casualness of his much-publicized yachting days. He writes jovially to WFB's possible victims:

"If you're out there, the answer is, yes, you were selected from among thousands of other motorists on I-95 to be tinkled on by the Lion of the Right. You should feel honored."

In fact, of course, WFB's behavior was insanitary, disgusting, offensive and sociopathically irresponsible. Equally, CB's account of the youthful WFB's flying a private plane from Boston back to Yale despite never having soloed, and losing his way in the dark, glosses over ("derring-do") the reality that innocents on the ground could have been killed. [See WFB's own revelatory account of this here: PDF]

We do learn, however, that CB refused to sail any more with WFB in 1997, after he had insisted on taking CB and others out on overnight excursion although Long Island Sound was wracked by a rising near-hurricane. CB suggests he was thinking of his own, potentially fatherless children. He does not mention the Coast Guard, whom his mother, Pat, had already contacted and who would have been required to attempt a rescue.

CB is aware that he was born into privilege. He repeatedly notes that the weird coldness and selfishness with which both of his parents apparently treated their only child—WFB got bored at CB's Yale graduation ceremony and made the family party leave for lunch, with no word to CB, abandoned to celebrate alone in a diner—does not constitute tragedy by the standards of the world. And he does not, really, dwell on it.

Regardless of his parent's behavior, however, being WFB's son came with a real cost. I became aware of this at the first dinner I had at Buckley's house, in 1978. On leaving, I said politely to CB, then in his mid 20s, that I was sorry not to have had a chance to talk to him. I was taken aback when he instantly broke into a grin of unmistakable relief. Outside on the pavement of East 73rd Street, Barbara Amiel, my fellow guest and colleague from Canadian journalism, whooped sardonically. But it cannot have been easy to have your home invaded so often by strangers, particularly given the surprisingly trivial talk and constant flattery that WFB required.

Years later, when I was at Forbes Magazine in New York, I exercised editorial privilege, on an impulse of altruism, to insist that a picture of the recent publicity event for CB's novel Thank You For Smoking

be run with my, only loosely related, article on the health advantages of tobacco. To drive home the point, I appropriated the title as a headline. (It's still my most anthologized article.) I was surprised to meet bitter opposition from the Forbes Art Department. To me, Buckleyism had become, in Tom Piatak's phrase, "the harmless persuasion", no longer confronting liberal ideological hegemony, increasingly subservient to the timeserving GOP Beltway Establishment. But to the lumpen liberal functionaries at Forbes, WFB was still the Devil Incarnate, a racist cryptofascist—in fact, all the things that the late, decadent National Review now says about paleoconservatives. And they were illiberally eager to visit the father's sins on his son.

Conservatives often complain that CB does not have his father's political interests. But these would have been absolutely incompatible with the career in society journalism that he has made.

(I told my Forbes story to Pat and Bill Buckley at a lunch at their house in Stamford to which Pat had kindly invited me. I thought at the time that WFB was oddly uninterested. I read now that his jealousy of CB's humorous novels was one of their numerous points of friction).

One other memory of that 1978 dinner: I was impressed to see that WFB and CB greeted each other by unselfconsciously kissing on the mouth. I had never seen American fathers and sons do this, although it is (or was) common in the North of England, where I was born. It was obvious then that they loved each other. And it is obvious now that Losing Mum And Pup, its ruthlessness notwithstanding, is a work of love.

Like Chris Buckley, I am a now-orphaned Baby Boomer. Like him, I had to give the order to take my comatose mother off life support. I found his book skilful and moving. I believe it could very well be helpful and comforting the many millions with elderly parents, who, as he notes, are inexorably moving toward what must be regarded as one of the more serious of life's passages.

But at the same time, Losing Mum And Pup also makes clear the personal failings that made Buckley such a disaster for the American Conservative Movement and (particularly interesting to me) to the cause of patriotic immigration reform, which he encouraged some of us to champion in National Review before stabbing us in the back and handing the magazine over to hostile neoconservatives and GOP publicists.

Reading CB's book, I was grimly amused to see how many of the traits I cited in my obituary for WFB—apparently causing great offense to his surviving courtiers at National Review—are confirmed here.

As a journalist, I find this incredible. But National Review certainly subsidized WFB to a scandalous extent and I have often wondered if money played a role in some of his editorial decisions. Thus patriotic immigration reform was always opposed by Dusty Rhodes, the former Goldman Sachs executive whom WFB, with his snobbish weakness for the wealthy, installed in a vague (probably power-balancing) role at NR.

At the end, WFB paid a cruel price for this habit. But my own hypothesis is that it accounted for his extraordinary personality change, from the legendarily brilliant rebel who challenged John Lindsay in the 1965 New York Mayor's race to the exhausted, vacuous, vain volcano I saw in 1978, and was finally betrayed by in 1998. By the 1980s, WFB was quite incapable of fulfilling the leadership role he still insisted upon. And it was the conservative movement, and America, that paid the truly cruel price. Like WFB himself, it turned out that the conservative movement was to have no "second act", in Scott Fitzgerald's famous phrase, after the election of Ronald Reagan in 1980. WFB simply did not have the energy or the courage to adapt to the next generation of issues. And he was not prepared to tolerate those who did.

"By the time I'd read the one hundredth or so out loud to him, this had become a somewhat vexing aspect of my nursing shifts. I would come to groan upon opening his email to see seventy-five WFB news alerts."

CB also recounts his shock at hearing that in June 2007 WFB intended to skip the funeral of his own sister, CB's aunt, to go to Washington to accept an award:

"It wasn't the Nobel Peace Prize, but some lifetime anticommunism award. (I don't mean any disrespect)…By now, Pup had more awards than have been given out in the entire history of the Olympics; more honorary degrees than Erasmus; more medallions than the entire New York City taxi fleet; more…well, you get the point. He'd received just about every honor there is, including the Presidential Medal of Freedom and—finally—an honorary degree from Mother Yale. But not to attend Jane's funeral….for this?"

(It was actually the American Hungarian Federation's Truman-Reagan Medal of Freedom.)

CB's diagnosis: his father missed "the roar of the crowd". This also illuminates Larry Auster's quip in his savage obituary for WFB: "The man has basically been the recipient of a rolling memorial service for the last 20 years, even while he was alive". Ironically, on CB's own account, it was the strain of this last ceremony that broke WFB's health and sent him into terminal decline.

CB says, applying to himself the frankness with which he describes his parents, that making audiences laugh is "my one talent". This is true. He is a gifted humorist, but not a political thinker. Losing Mom and Pup is completely devoid of political ideas, although full of politicians. John McCain is criticized, but simply because he failed to offer his condolences on WFB's death from the presidential campaign trail—a personal gesture which, CB is no doubt right to observe, his own former employer George H.W. Bush would not have failed to make.

Similarly, CB describes WFB's peculiar attachment to Henry Kissinger through the détente years as simply a matter of long-standing personal friendship. Yet all by itself, WFB's behavior during this period discredits the claim, repeated here credulously by his son, that he was father of the modern conservative movement and even the progenitor of Ronald Reagan. To the contrary, Reagan rose to power precisely in opposition to Kissinger's détente policy and above all to his sell-out of the Panama Canal—which Buckley, breaking ranks with the Right, notoriously supported. ("If Bill had opposed the Panama Canal treaty, he wouldn't even have gotten on NPR", William A. Rusher, National Review's long-time publisher and a shrewd Buckleyologist, explained to me at the time. Rusher, passionately involved in every major conservative battle from the Draft Goldwater movement to the nomination of Ronald Reagan—when WFB, according to Rick Brookhiser in his just-released Right Time, Right Place

, preferred Bush, or even (!) Pat Moynihan—is my candidate for father, or at least nursemaid, of the conservative movement.)

Yet CB is delighted to relate that Kissinger delivered eulogies at both of his parents' memorial services, not the least element in what he obviously regards as great social triumphs. And the fact is that his personal explanation of his father's support for Kissinger in the détente years is probably right.

Last year, CB garnered great publicity for announcing that he would vote for Obama, neatly maneuvering the flat-footed Dusty Rhodes and Rich Lowry into appearing to force him out of National Review so that he could go off in triumph to be a columnist Tina Brown's fashionable Daily Beast. Just because you have no political ideas doesn't mean that you can't be politic.

There is nothing surprising in this. A monarch butterfly is not going to stay around in winter, even a nuclear winter created by the Bush catastrophe that its father must in part be blamed for. The irony is that WFB, who had already undercut NR editors by bailing out on the Iraq War, would have been perfectly capable of doing the same thing. Son and father were more alike that has been generally assumed.

But at least CB has never pretended to be serious. Nor (as far as I know) has he urinated on passing motorists—or on his country.