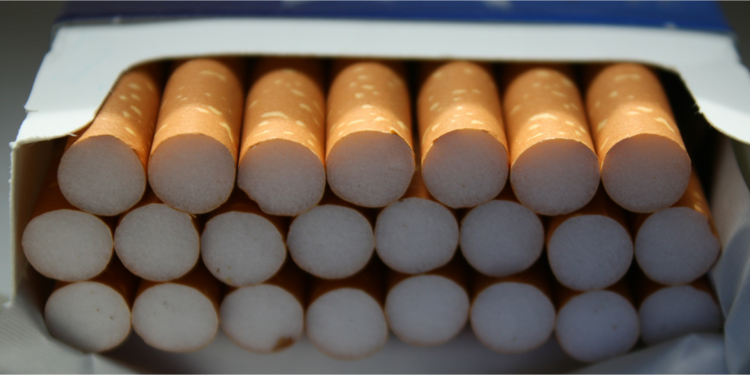 Thank You for Smoking

THE HANGPERSON'S NOOSE is unmistakably around the tobacco industry's neck. In Florida and Mississippi, state governments are attempting to force tobacco companies to pay some smoking-related health care costs. In Washington, D.C., the Environmental Protection Agency has claimed that "secondhand smoke" is a significant risk for nonsmokers and the Food & Drug Administration is making noises about regulating nicotine as a drug. And recently the American Medical Association agreed, reasserting that nicotine is addictive. Smokers have already been driven away from many workplaces into the street for a furtive puff. But further legal harassment, to the point of what an industry spokesman calls "backdoor prohibition," seems unstoppable.

Lost in this lynching frenzy: the fact that smoking might be, in some small ways, good for you.

Hold on now! Let's be clear: The Surgeon General has indeed determined that smoking is dangerous to your health. Lung cancer and cardiovascular diseases are highly correlated with cigarette consumption. Annual smoking-related deaths are commonly said to be over 400,000 (although critics say the number is inflated).

But so is driving automobiles dangerous to your health (over 40,000 deaths a year). Yet people do it, because it has rewards as well as risk. And they judge, as individuals, that the reward outweighs the risk.

This is called freedom.

Well, what are the rewards of cigarette smoking? Apart from intangible pleasure, the most obvious is behavioral. A battery of studies, such as those by British researcher D.M. Warburton, show that cigarettes, whatever their other effects, really do stimulate alertness, dexterity and cognitive capacity.

And alertness, dexterity, etc., can be useful. Such as when driving. Or flying-as Congress recognized when it exempted airline pilots from the ban on smoking on domestic flights.

These behavioral benefits suggest an answer to the Great Tobacco Mystery: why almost a third of adult Americans continue to do something they are told, incessantly and insistently, is bad for them. (Duke University economist W. Kip Viscusi reported in his 1992 book, Smoking: Making the Risky Decision, that survey data show smokers, if anything, exaggerate the health danger of their habit).

Smokers, according to numerous studies such as those by University of Michigan researchers Ovide and Cynthia Pomerleau, are different from nonsmokers. They tend toward depression and excitability. Current understanding is that nicotine is "amphoteric" that is, it can act to counter both conditions, depending on how it is consumed. (Quick puffs stimulate, long drags calm.)

The implication is fascinating. A large part of the population seems to be aware of its significant although not pathological personality quirks, and to have discovered a form of self-edication that regulates them.

Of course, this explanation for the stubbornness of smokers is not as satisfying as what Washington prefers to believe: mass seduction by the wicked tobacco companies and their irresistible advertising. Nor would it justify huge rescue operations by heroic politicians and bureaucrats.

Beyond its behavioral effects, smoking seems also to offer subtler health rewards to balance against its undisputed risks:

Parkinson's disease. The frequency of this degenerative disorder of the nervous system among smokers appears to be half the rate among nonsmokers – an effect recognized by the Surgeon General as along ago as 1964.

Alzheimer's disease. Similarly, the frequency of this degenerative mental disorder has recently been found to be as much as 50%less among smokers than among nonsmokers for example, by the H studies reviewed in the International Journal of Epidemiology in 1991.

Endometrial cancer. There is extensive and long-standing evidence that this disease of the womb occurs as much as 50% less among smokers as documented by, for example, a New England Journal of Medicine article back in 1985. The triggering mechanism appears to be a reduction on estrogen levels.

Prostate cancer. Conversely, smoking seems to raise estrogen levels in men and may be responsible for what appears to be a 50% lower rate of prostate cancer among smokers, although this needs corroboration.

Osteoarthritis. This degenerative disorder of bone and cartilage is up to five times less likely to occur among heavy smokers as documented, for example, by the federal government's first Health and Nutrition Examination Survey.

Colon cancer, ulcerative colitis These diseases of the bowel seem to be about 30% and 50% less frequent among smokers documented, for example, by articles in the Journal of the American Medical Association and in the New England Journal of Medicine in 1981 and 1983, respectively.

Other benefits that have been suggested for smoking: Lower rates of sarcoidosis and allergic alveolitis, both lung disorders, and possibly even acne. Smokers are also lighter ironically, because obesity is a leading cause of the cardiovascular disease that smoking is also supposed to exacerbate. So you could quit smoking and still die of a heart attack because of the weight you put on.

None of these health benefits is enough to persuade doctors to recommend occasional cigarettes, in the way that some now occasionally recommend a glass of wine.

But consider this theoretical possibility: Should 60 year olds take up smoking because its protection against Alzheimer's is more immediate that its potential damage to the lungs, which won't show up for 30 years if at all?

A theoretical possibility and likely to remain theoretical. Research into possible benefits of tobacco and nicotine is widely reported to be stymied by the absolutist moral fervor of the antismoking campaign.

Under the Carter Administration, the federal government abandoned its research into safer cigarettes in favor of an attack on all smoking. No effort is made to encourage smokers to switch to pipes and cigars, although their users' lung cancer and heart disease rates are five to ten times lower (somewhat offset by minor increases in mouth and throat cancers). There is no current support for studies of the marginal increase in danger for each cigarette smoked, although it appears the human system can clear the effects of three to five of the (much stronger) pre-1960 cigarettes, if dispersed across a day, with relatively little risk.

Instead, the extirpation of smoking had become another "moral equivalent of war" as President Carter called the energy crisis in the 1970s, and as price and wage controls were viewed earlier. There is no role for tradeoffs, risk-reward calculations or free choice.

Why don't tobacco companies point out the potential offsetting rewards of smoking? Besides the usual corporate cowardice and bureaucratic inertia, the answer may be another, typically American, disease lawyers. Directing the companies' defense, they apparently veto any suggestion that smoking has benefits for fear of liability suits and of the possible regulatory implications if nicotine is seen as a drug.