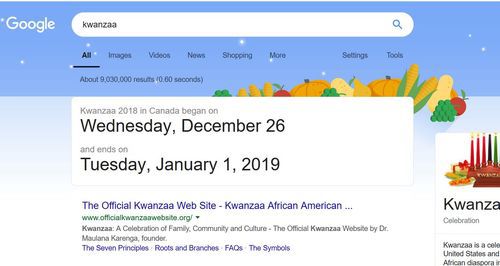 The day after Christmas, President Trump issued his official Kwanzaa greetings from the White House:

"This annual celebration of African heritage, unity and culture is a special opportunity for many to reflect on their shared ancestry and values. At this time, our nation joins in honoring the important contributions of African-Americans to the strength and success of the United States."

We have to assume this was Jared's idea.

3) Back Luther Strange in the Alabama Senate primary and diss Mo Brooks, the MAGA candidate—don't worry, this won't lead, like night into day, to a primary victory by Roy Moore and a Democratic pickup in the most conservative state in the union.

5) Back Obama's Paris climate accord—this won't result in mass protests when fuel prices soar in the countries that signed it! (Like France.)

6) Defend bone saw-killer Mohammed bin Salman to the hilt—I'm sure he's not manipulating me at all!

Kwanzaa, celebrated exclusively by white liberals, is a fake holiday invented in 1966 by black radical/FBI stooge Ron Karenga—aka Dr. Maulana Karenga, founder of United Slaves, the violent nationalist rival to the Black Panthers. Liberals have become so mesmerized by multicultural gibberish that they have forgotten the real history of Kwanzaa and Karenga's United Slaves.

In what was ultimately a foolish gambit, during the madness of the '60s, the FBI encouraged the most extreme black nationalist organizations in order to discredit and split the left. The more preposterous the group, the better. (It's the same function MSNBC and CNN serve today.)

By that criterion, Karenga's United Slaves was perfect.

Those were the precepts of Karenga's United Slaves. The United Slaves were proto-fascists, walking around in dashikis, gunning down Black Panthers and adopting invented "African" names. (I will not be shooting any Black Panthers this week because I am Kwanzaa-reform, and we are not that observant.)

It's as if David Duke invented a holiday called "Anglika," which he based on the philosophy of "Mein Kampf"—and clueless public school teachers began celebrating the made-up, racist holiday.

In the category of the-gentleman-doth-protest-too-much, back in the '70s, Karenga was quick to criticize Nigerian newspapers that claimed that certain American black radicals were CIA operatives. Karenga publicly denounced the idea, saying, "Africans must stop generalizing about the loyalties and motives of Afro-Americans, including the widespread suspicion of black Americans being CIA agents."

In a 1995 interview with Ethnic NewsWatch, Karenga matter-of-factly explained that the forces out to get O.J. Simpson for the "framed" murder of two whites included: "the FBI, the CIA, the State Department, Interpol, the Chicago Police Department" and so on. Karenga should know about FBI infiltration. (He further noted that the evidence against O.J. did not "eliminate unreasonable doubt"—an interesting standard of proof.)

Now we know the truth: The FBI fueled the bloody rivalry between the Panthers and United Slaves. In the annals of the American '60s, Karenga was the Father Gapon, stooge of the czarist police. Whether Karenga was a willing FBI dupe, or just a dupe, remains unclear.

In one barbarous outburst, Karenga's United Slaves shot two Black Panthers to death on the UCLA campus: Al “Bunchy” Carter and John Huggins. Karenga himself served time, a useful stepping-stone for his current position as the chair of the Africana Studies Department at California State University at Long Beach.

(Speaking of which, Rep. Paul Ryan certainly is right about what a fantastic job his mentor Jack Kemp did reaching out to all those “socially conservative” minorities. Look at how California has swung decisively to the right since Kemp started all that outreach stuff. Good luck winning California now, Democrats!) 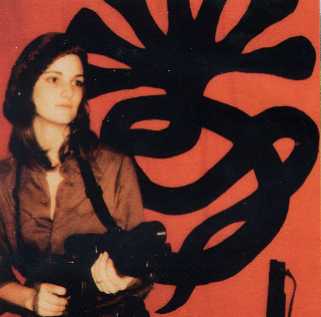 Back to the esteemed Cal State professor: Karenga's invented holiday is a nutty blend of schmaltzy '60s rhetoric, black racism and Marxism. [Email Professor Karenga.]The seven principles of Kwanzaa are the very same seven principles of the Symbionese Liberation Army, another invention of the Worst Generation.

In 1974, Patty Hearst, kidnap victim-cum-SLA revolutionary, posed next to the banner of her alleged captors, a seven-headed cobra. Each snakehead stood for one of the SLA's revolutionary principles: Umoja, Kujichagulia, Ujima, Ujamaa, Nia, Kuumba and Imani. These are the exact same seven "principles" of Kwanzaa. (And here's something interesting: Kawaida, Kwanzaa and Kuumba are also the only three Kardashian sisters not to have their own shows on the E! network.)

Kwanzaa praises collectivism in every possible area of life. It takes a village to raise a police snitch. When Karenga was asked to distinguish Kawaida, the philosophy underlying Kwanzaa, from "classical Marxism," he essentially said that, under Kawaida, we also hate whites.

While taking the "best of early Chinese and Cuban socialism" (is that the mass murder, the imprisonment of homosexuals or the forced labor?), Karenga said Kawaida practitioners believe one's racial identity "determines life conditions, life chances and self-understanding."

There's an inclusive philosophy for you!

Kwanzaa was the result of a '60s psychosis grafted onto the black community by the founder of a murderous black nationalist cult with the FBI's seal of approval.

Kwanzaa emerged not from Africa, but from the FBI's COINTELPRO.

Her latest book, Resistance Is Futile!: How the Trump-Hating Left Lost Its Collective Mind, was rele