Ann Coulter: One Percent Chance Comey Not A Self-Dramatizing Fruitcake

There have been a lot of questions about why Trump fired James Comey, ever since he announced to NBC's Lester Holt—incomprehensibly—that it was his decision, citing, by my count, at least a half-dozen different reasons.

On Sunday night, that question was answered. We all owe a debt of gratitude to Comey for showing the American people why he was so badly in need of firing.

Interviewed on his new book A Higher Loyalty" 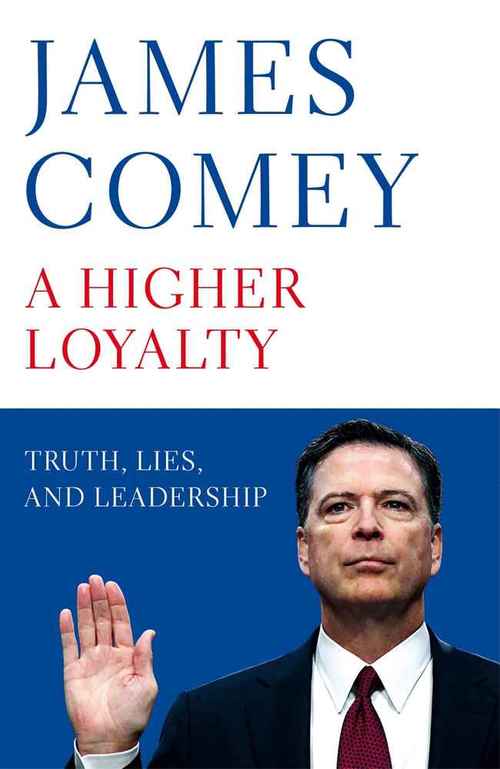 it quickly became apparent that one of Comey's favorite formulations is: I honestly never thought these words would come out of my mouth, but I don't know whether so-and-so sodomized a chicken. It's possible. I don't know.

Here he is on ABC News, accusing Trump of hiring prostitutes to urinate on a hotel bed in Moscow (possibly—I don't know):

"I honestly never thought these words would come out of my mouth, but I don't know whether the current president of the United States was with prostitutes peeing on each other in Moscow in 2013. It's possible, but I don't know."

And here he is on ABC accusing Trump of colluding with Russia:

"More words I never thought I'd utter about a president of the United States—but it's possible [that he is compromised by Russia]. It is stunning, and I wish I wasn't saying it, but it's just—it's the truth. ... It's possible."

And here he is being interviewed by I'm not saying it's likely, I don't know, and the honest answer is it's possible."on Russian influence:

"I don't know [if President Trump has been compromised by the Russians]. And these are words I never thought would come out of my mouth about an American president, but it's possible. I'm not saying it's likely, I don't know, and the honest answer is it's possible."

None of this says anything about the president. It tells us only that Comey has a low opinion of Trump, which I already knew.

But ABC's George Stephanopoulos replied to one of Comey's "it's possible" formulations, saying: "That's stunning. You can't say for certain that the president of the United States is not compromised by the Russians?"

It's not "stunning." It's a sleight of hand. Ask me to give you my odds that Hillary Clinton eats small children for breakfast. IT'S STUNNING! COULTER SAYS 1 PERCENT CHANCE!

HERE'S ANOTHER: I honestly never thought these words would come out of my mouth, but I can't say that James Comey was not a transvestite prostitute in Laredo, Texas, for 20 years, turning tricks at $5 a customer. I cannot say that. It's possible.

Comey says that based on his years of experience in "the criminal investigation business," the fact that the prostitute story bothered Trump so much suggested that it was true.

"[Trump's] continuing focus on it surprised me," he said. "When someone constantly brings up to deny something you're not asking about, that's an interesting fact. I think I put in the book the proverb, 'Only the guilty flee where no man pursues.' And so that struck me."

1) Bringing up the prostitute story a handful of times hardly constitutes a neurotic fixation. CNN has brought it up 1,583,749,996 times. Trump has brought up the size of his inaugural crowd more frequently.

2) I don't find it particularly suspicious that someone would be obsessed with the one accusation that could do him the most damage. Name one other thing in the dossier that anyone knows about. The prostitutes peeing on the bed is the weirdest—it stands out. I can see both a guilty man and an innocent man fixating on that story.

Comey only sees the guilty man.

Speaking of neurotic obsessions, I couldn't help but notice that Comey is obsessed with telling us how ethical he is. In the ABC interview alone, Comey used the word "truth" 42 times; "honest" 28 times, "ethical" 10 times—"integrity," "principle" and "moral" at least five times apiece.

That’s more than I hear in church on Sunday and the preacher isn’t talking about himself.

Comey’s talking about himself.

"The lesson I've learned," he said, "is that ... it helps you see things more clearly and realize things like truth matters, integrity matters. Those ethical values are what are going to last. And when you have to explain what you've done someday to your grandchildren, that's what will matter. Your grandkids won't understand that people—angry at me, or the vice president of the United States was telling me people were going to die because of me. What they'll want to know is, 'What was your North Star?'"

Comey even takes the time to tell us that other people think he's a pillar of integrity, too! For our edification, he recalled Obama telling him: "'I appointed you to be FBI director because of your integrity and your ability.' And then he looked me in the eye"—had he been staring at Comey's crotch?—"and he said, 'Nothing has happened, nothing, in the last year that has changed my view of that.'"

I honestly never thought these words would come out of my mouth, but I don't know whether the former director of the FBI carries 8-by-10 glossies of himself wherever he goes. It's possible. I don't know.