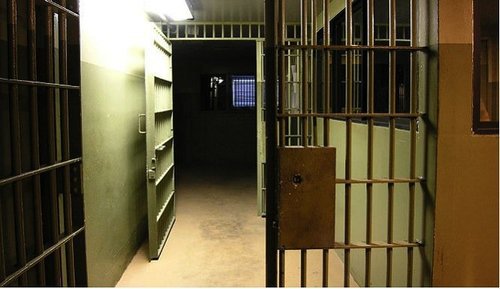 More than a decade ago, when I began a website focused on illegal alien crime victims, ImmigrationsHumanCost.org, it didn’t take long to understand that the government was not interested in revealing the extent of lawbreaking foreigners’ offenses against Americans. The most basic statistics just weren’t available.

Ann Coulter has pointed out the same lack of information in recent columns and in her latest book Adios America. She observed (p. 99), “You will spend more time trying to obtain basic crime statistics about immigrants in American than trying to sign up for Obamacare. The facts aren’t there.”

The truth about illegal alien crime is not politically acceptable, so the government hides it.

Anyway, how hard can it be to obtain and collate information from incarcerated persons? They are a census-taker’s dream.

Congressman Mo Brooks hopes to fix that problem with legislation he introduced on Wednesday, the Arrest Statistics Reporting Act.

Congressman Brooks published a test version of his floor speech:

To Protect Americans from Illegal Alien Crime, We Must Have Better Data, July 22, 2015

Mr. Speaker, America’s policymakers face an information gap that undermines our ability to make the immigration policy decisions needed to protect American lives from the threat posed by illegal aliens.

What information gap? Crime statistics that reflect criminal conduct by illegal aliens. The horrifying murder of 32-year-old Kate Steinle in San Francisco has once again put crime by illegal aliens in the national spotlight.

But this issue should always be in the spotlight, because it daily affects American citizens across the country, despite pro-amnesty forces’ best efforts to suppress politically inconvenient truth about illegal alien crime in America.

The absence of state and local law enforcement data is critical because most heinous crimes, such as murder, rape, violent assaults, and the like, are prosecuted at the state level. As of today, the federal government does not publicly report state and local illegal alien crime data, thus undermining our understanding of how bad the illegal alien crime problem is and what we must do to address it.

A report released this past Monday, July 20, by the Center for Immigration Studies found that, according to Census Bureau data, 2.5 million illegal aliens, at the rate of 400,000 per year, have been added to America’s illegal alien problem since President Obama took office. America’s policy makers need empirical data showing how many Americans are horribly victimized by the millions of illegal aliens this and other Administrations have allowed into our country.

While we have daily access to the endless stream of anecdotal gruesome news reports of yet another illegal alien taking yet another American citizen’s life, we need “big picture” data to rebut the liberal left’s mantra that illegal aliens are as clean, innocent, and pure as freshly fallen snow. For example, in my district, which has Redstone Arsenal, one of America’s premier military facilities, more Americans have been killed by illegal aliens than my district has lost in Afghanistan, in Iraq, to the Islamic State, to Al Qaeda, and to the Taliban . . . COMBINED! So, is Alabama’s 5th Congressional District’s experience with illegal aliens an anomaly . . . or is illegal alien crime as bad in the rest of America?

This data will better inform the public and lawmakers about illegal alien crime and empower us to make the decisions needed to protect American lives. Mr. Speaker, honest immigration debate requires the best crime data. My bill, the Arrest Statistics Reporting Act, will help us obtain it. Mr. Speaker I yield back the balance of my time.