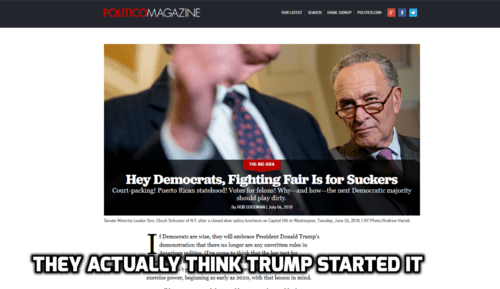 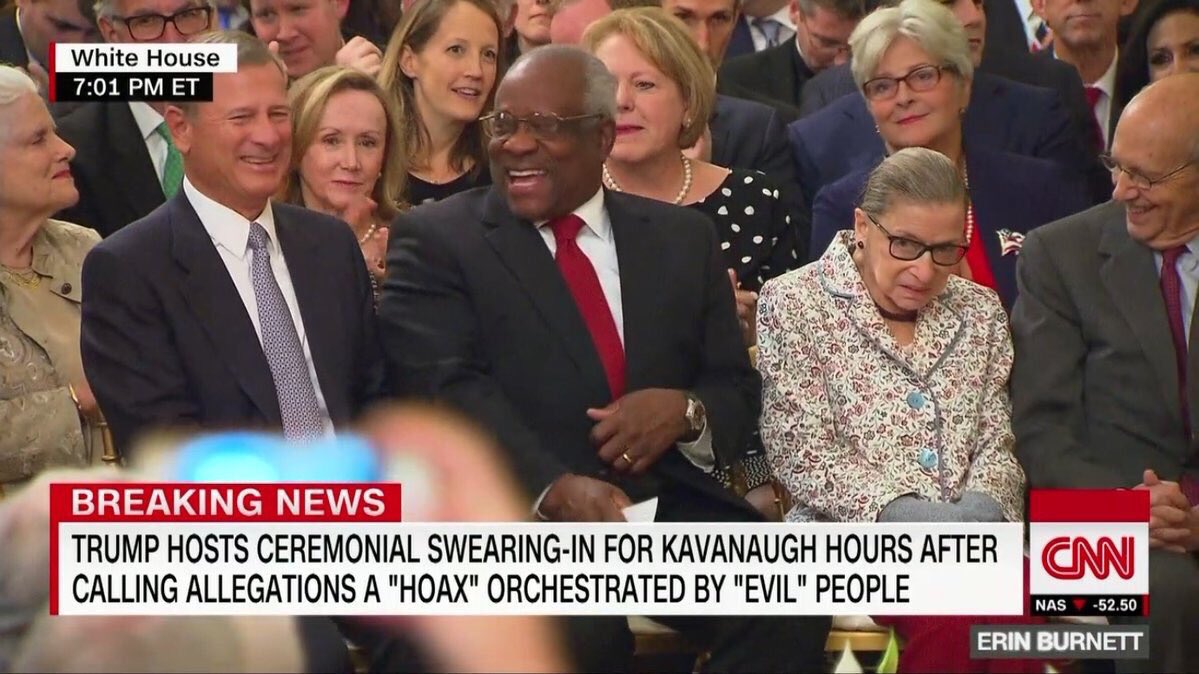 It's time to update the GOP's Marquess of Queensberry Rules.

If you saw Ruth Bader Ginsburg at Brett Kavanaugh's swearing-in ceremony, you know that we may need to fill her seat in about 4 1/2 minutes. Naturally, I hope she lives to be 300—although parenthetically, it seems she already has.

The confirmation hearings for Kavanaugh made Robert Bork's hearings look like a day at the beach. At least liberals only lied about Bork's judicial philosophy. They didn't accuse him of being Ted Bundy. The next nomination hearing will make Kavanaugh's look like an ice cream social.

Just because it didn't work this time doesn't mean Republicans' work is done. They have to make sure this never happens again.

Democrats are already pushing the idea that Kavanaugh's confirmation was somehow illegitimate because of the shoddy FBI investigation. Liberals' beef is that the FBI neglected to interview Kavanaugh's former Yale classmates, who dispute his characterization of precisely how big a drinker he was in college.

I wouldn't say he was a belligerent drunk, but more of an obstreperous drunk.

No, no! I would say he was a mild drunk with periods of obstreperousness.

This is not the stuff of perjury prosecutions.

Of course, if true, it's HUGE. Kavanaugh's demeanor when drunk in college sounds nearly as awful as liberals' behavior when sober—obnoxious, aggressive and argumentative. I refer you to the recent antics we've seen on Capitol Hill, as well as anywhere Ted Cruz stops in for a bite.

Since none of the FBI's latest report on Kavanaugh has leaked, the one thing we can be sure of is that the agents turned up nothing unfavorable on him. Except for a colonoscopy, I think we're done with Kavanaugh.

It's the accusers who have skirted investigation. Even Republicans have moved on. He's on the court, so who cares if Kavanaugh was falsely accused of "rape" in front of his little girls?

That's what everyone thought when the falsely accused Duke lacrosse players were proved innocent and the D.A. was disbarred. Why go after the accuser? Hasn't she suffered enough?

Crystal Mangum was not prosecuted for falsely charging she was gang-raped. And see? No harm, no foul! She went on to live a happy and productive—oh, wait! The next time we heard about Mangum was when she stabbed her boyfriend to death.

On reflection, it certainly seems possible that Kavanaugh accuser Julie Swetnick was not being completely, 100 percent honest in her sworn statements about repeatedly attending high school parties in the 1980s, when she was a college student, where underage girls were drugged and gang-raped.

Deborah Ramirez's three-decade-old, unsubstantiated, recovered memory of a drunken Kavanaugh exposing himself as a college freshman is the sort of charge that makes feminists laugh! (I know that from reading Gloria Steinem's explanation in the New York Times that Gov. Bill Clinton summoning a female underling to his hotel room, dropping his pants and saying, "Kiss it!" did not rise to the level of sexual harassment. He took "no" for an answer!) [Feminists and the Clinton Question, By Gloria Steinem, March 22, 1998]

Perhaps Republicans could get Steinem to explain under oath why it's acceptable for a sitting governor to do what is disqualifying for a drunk college freshman to do.

While no one would question the word of a living saint like Christine Blasey Ford, some parts of her testimony demand the clarity that can be obtained only in a formal legal proceeding—such as her trauma-induced need for two front doors (when the second front door seems clearly attached to a rental apartment); her fear of flying (but only when it will delay a confirmation hearing); and her claim that she never helped anyone prepare for a polygraph (contradicted by her ex-live-in boyfriend); among other things.

Pretending they are the wronged ones, liberals keep yipping about Barack Obama's Supreme Court nominee Merrick Garland. They believe any attack on Kavanaugh was justified after the dirty trick pulled by Republicans on Garland.

The Republicans' refusal to hold hearings on Garland has been called an "unprecedented obstruction" (MSNBC's Chris Hayes), a "violation of traditions in norms" (Hayes again), an "insult and injury" (Sen. Cory Booker) and "remarkable and unprecedented" (MSNBC's Rachel Maddow). The GOP's treatment of Garland showed their "hypocrisy on Brett Kavanaugh" (MSNBC's Ari Melber).

The truth is apparently a big secret, inasmuch as even Republicans aren't saying it. You'll read it here for the first time.

The Republicans' wily, underhanded, double-dealing trick with Garland was this: Win a majority of seats in the U.S. Senate! I know liberals won't read the Constitution, but can they do math? Garland didn't have the votes.

Republicans had 54 seats and, in 2016, Senate rules still required 60 votes for Supreme Court appointments. Democrats would have needed 14 Republican senators to switch sides to confirm a Democratic president's nominee.

There was no way that was happening. A Republican Senate simply wasn't going to give "consent" to any Democratic nominee eight months before a presidential election—even an election that everyone thought Hillary was going to win. The Constitution says "advice and consent," not "advice and rubber-stamp."

There was nothing "unprecedented" about a Republican Senate rejecting a Democratic nominee—other than the fact that Republicans were the ones doing it. Democrats do it all the time.

It would have been a waste of time and only humiliated Garland to hold hearings. At least Republicans didn't accuse him of gang rape.