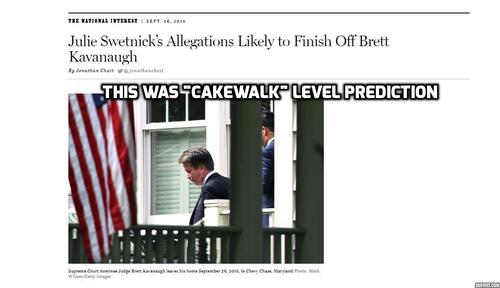 The Chait Prize is named after Jonathan Chait for his having co-authored with Stephen “Shattered” Glass a memorable article in The New Republic 20 years ago:

The chairman of the Federal Reserve has kept interest rates down and the economy on an even keel. …

by Jonathan Chait and Stephen Glass

… …another bond-trading outfit has turned an empty office into a Greenspan shrine. Dozens of news photographs of Greenspan adorn the walls; glass casing encloses two Bic pens Greenspan supposedly used in 1993. Quotations from more than 30 of his speeches are posted under a sign that reads “Greenspan’s Teachings.” The centerpiece is a red leather chair that sits in the middle of the room, surrounded by blue velvet ropes. A placard perched on the armrest says Greenspan sat in the chair in 1948–at the time, he was still in college. “Some nights when we’ve lost money,” trader Brent Donalds confides, “I come in here and sit in the chair and think. It gives me inspiration.”