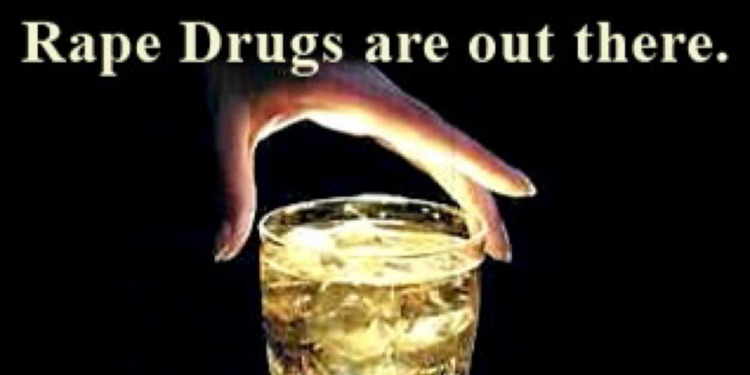 Social Constructionism: The Date Rape Drug Epidemic May Be Imaginary

When a Rapist’s Weapon Is a Drug

… But assaults involving the drugs appear to be on the rise in the United States and elsewhere, and have earned a more menacing reputation than liquor-induced incidents.

One annoying rule of newspaper reporting is that whatever you are writing about has to be portrayed as “on the rise” even when it’s innately interesting whether or not it’s part of a trend.

New York Magazine has a hard-hitting report on the epidemic of people having date rape drugs secretly dropped in their drinks … but then not getting raped:

Within a few weeks of casual inquiry, I’d found more than 20 people who’d also been “roofied.” Now, after over a year of talking to friends, acquaintances, and strangers in New York about their experiences with drug assault (as I’ll call it for lack of a better term — despite reading studies, consulting with clinicians and victims’ advocates, and looking through city and state laws, I still haven’t encountered any official terminology), it seems clear that this phenomenon has evolved. Roughly half of the people I’ve spoken to, found through friends and colleagues, are men. No one reported having been sexually assaulted while drugged, which was for most a source of both relief and confusion. For my part, I was stunned by how easy it was to find other victims once I started asking, and how many of them there were. Why wasn’t this more widely discussed? Had the men been specifically targeted or were they collateral damage of a botched attempt to prey on a young woman? It also seemed, in light of the number of people I was meeting who had been rendered completely vulnerable but otherwise left unharmed, to expand the range of common motives beyond sexual predation. (Although, of course, that motive remains.)

It’s important to stress that I’ve been conducting conversations, not a scientific study. My sample is relatively small and local to New York City, and I didn’t control for age, neighborhood, or tax bracket. No one I spoke to admitted to being sexually assaulted, but that remains a horrible problem in the population at large …

But when I looked for studies that examined drug assault as its own criminal or medical phenomenon in New York, there wasn’t much to find. …

This is one of the stranger injuries of drug assault: It robs you of the ability to narrate your own experience. It places you in that conversation’s negative space, and it quickly becomes easier to not have the conversation at all.

When victimhood isn’t tidy it has a tendency to disappear … We fail to create systems of support because we can’t see the people who need it, and the lack of system ensures we never will. This is, in part, how widespread problems go unnoticed, undocumented, unstudied, and unsolved.

On the other hand, some “widespread problems” that “go unnoticed, undocumented, unstudied, and unsolved” might not, you know, be all that widespread.

Here’s a study from Perth, Australia, which is pretty far from New York City, but might be informative.

Drink spiking all in your head – study

None found to be valid

Suffering effects of own recreational habits
SUSPECTED victims of drink spiking are more likely to be suffering from drugs and alcohol they have willingly consumed, according to Australian research.

Of 100 suspected drink-spiking cases reviewed in a West Australian study, none were found to involve being slipped a sedative or illicit drug.

What emerged instead was a concerning picture of excess alcohol and illegal drug use by people – usually young women – at the centre of these drink-spiking claims.

“The public’s perception that it’s a guy putting a sedative drug into a woman’s drink, at a pub or a club, we just didn’t find that at all,” Dr Mark Little, a clinical toxicologist at the Royal Perth Hospital, said.

“As a community, we have a bigger problem with illicit drug use and alcohol binge drinking than we do with drink spiking.”

The study took in 101 people who were taken to two Perth hospitals as suspected victims of drink spiking over 19 months.

Almost 90 per cent were female, and a majority of these were aged 25 or younger.

About 70 per cent of the cases involved an alleged drink spiking at a nightclub or hotel, usually in the four hours straddling midnight and over a weekend.

Dr Little said tests showed these people had an average blood alcohol level of .096 on arrival at hospital – almost double the legal limit for driving.

More than a quarter (28 per cent) had illicit drugs, mainly amphetamines and cannabis, in their system, which they admitted taking.

“We did not identify a single case where a sedative drug was likely to have been illegally placed in a drink,” Dr Little said.

He added there were five cases in which a person’s stated alcohol intake substantially did not match their blood alcohol level.

These were possibly cases in which soft drinks were unknowingly topped up with alcohol, or alcoholic drinks made extra strong.

“It’s more the case of the girl who likes vodka and orange, let’s give her a double, a triple (shot of vodka),” Dr Little said.

“We also found nearly all people were unconcerned with the amount of alcohol they had drank.

“When we said the average dose was about eight standard drinks … they weren’t concerned about that at all.”

When confronted with their test results, Dr Little said 35 per cent of the study participants continued to believe they had been spiked.

The study was conducted in the emergency departments of Sir Charles Gairdner Hospital and Joondalup Health Campus in Perth.

There was also the alien abduction epidemic: Homer Simpson: “I suppose you want to probe me. Well, might as well get it over with.”

Kang (or perhaps Kodos): “Stop! We have reached the limits of what rectal probing can teach us.”