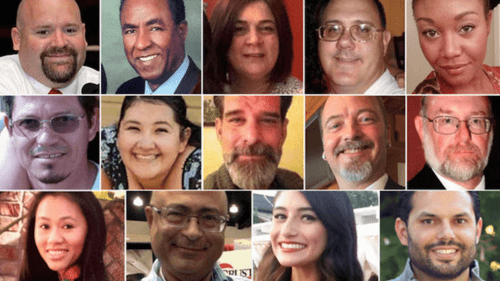 Calling for a moratorium on Muslim immigration "until our country's representatives can figure out what the hell is going on," Donald Trump this week ignited a firestorm of historic proportions.

As all the old hate words—xenophobe, racist, bigot—have lost their electric charge from overuse, and Trump was being called a fascist demagogue and compared to Hitler and Mussolini.

The establishment seemed to have become unhinged.

Why the hysteria? Comes the reply: Trump's call for a temporary ban on Muslim immigration tramples all over "American values" and everything we stand for, including the Constitution.

But is this really true?

The Constitution protects freedom of religion for U.S. citizens. But citizens of foreign lands have no constitutional right to migrate. And federal law gives a president broad powers in deciding who comes and who does not, especially in wartime.

In 1924, Congress restricted immigration from Asia, reduced the numbers coming from southern and Central Europe, and produced a 40-year moratorium on most immigration into the United States.

Its authors and President Coolidge wanted ours to remain a nation whose primary religious and ethnic ties were to Europe, not Africa or Asia.

Under FDR, Truman and JFK, this was the law of the land.

Did this represent 40 years of fascism?

Why might Trump want a moratorium on Muslim immigration?

Reason one: terrorism. The 9/11 terrorists were Muslim, as were the shoe and underwear bombers on those planes, the Fort Hood shooter, the Times Square bomber and the San Bernardino killers.

And as San Bernardino showed again, Islamist terrorists are exploiting our liberal immigration policies to come here and kill us.

Thus, a pause, a timeout on immigration from Muslim countries, until we fix the problem, would seem to be simple common sense.

Second, Muslims are clearly more susceptible to the siren call of terrorism, and more likely to be radicalized on the Internet and in mosques than are Christians at church or Jews at synagogue.

Which is why we monitor mosques more closely than cathedrals.

Third, according to Harvard's late Samuel Huntington, a "clash of civilizations" is coming between the West and the Islamic world. Other scholars somberly concur. But if such a conflict is in the cards, how many more millions of devout Muslims do we want inside the gates?

Set aside al-Qaida, ISIS and their sympathizers. Among the 1.6 billion Muslims worldwide are untold millions of followers of the Prophet who pray for the coming of a day when sharia is universal and the infidels, i.e., everyone else, are either converted or subjugated.

In nations where Muslims are already huge majorities, where are the Jews? Where have all the Christians gone?

With ethnic and sectarian wars raging in Afghanistan, Iraq, Syria, Turkey, Yemen, Libya, Nigeria and Somalia, why would we bring into our own country people from all sides of these murderous conflicts?

Many European nations—Germans, French, Swedes, Brits—appear to regret having thrown open their doors to immigrants and refugees from the Islamic world, who have now formed unassimilated clusters and enclaves inside their countries.

Ought we not explore why, before we continue down this road?

In some countries of the Muslim world, Americans who embrace "Hollywood values" regarding abortion, adultery and homosexuality, can get their heads chopped off as quickly as converts to Christianity.

In what Muslim countries does Earl Warren's interpretation of the First Amendment—about any and all religious presence being banned in public schools and all religions being treated equally—apply?

When is the next "Crusade for Christ" coming to Saudi Arabia?

Japan has no immigration from the Muslim world, nor does Israel, which declares itself a Jewish state. Are they also fascistic?

President Obama and the guilt-besotted West often bawl their apologies for the horrors of the Crusades that liberated Jerusalem.

Anyone heard Muslim rulers lately apologizing for Saladin, who butchered Christians to take Jerusalem back, or for Suleiman the Magnificent, who conquered the Christian Balkans rampaging through Hungary all the way to the gates of Vienna?

Trump's surge this week, in the teeth of universal denunciation, suggests that a large slice of America agrees with his indictment—that our political-media establishment is dumb as a box of rocks and leading us down a path to national suicide.

Trump's success tells us that the American people really do not celebrate "globalization." They think our negotiators got snookered out of the most magnificent industrial machine ever built, which once guaranteed our workers the highest standard of living on earth.

They don't want open borders or mass immigration. They want people here illegally to be sent back, the borders secured, and a moratorium imposed on Muslim immigration until we fix the broken system.

As for the establishment, they are saying pretty much what The Donald is saying. To paraphrase Oliver Cromwell's speech to the Rump Parliament:

You have sat here too long for any good you have done here. In the name of God, go!