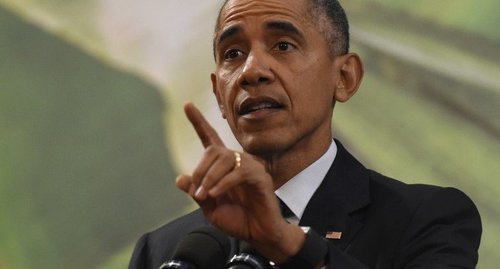 Immigration and Our Founding Fathers' Values 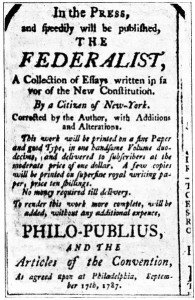 Our founders, as I've reminded readers repeatedly over the years, asserted their concerns publicly and routinely about the effects of indiscriminate mass immigration. They made it clear that the purpose of allowing foreigners into our fledgling nation was not to recruit millions of new voters or to secure permanent ruling majorities for their political parties. It was to preserve, protect and enhance the republic they put their lives on the line to establish.

In a 1790 House debate on naturalization, James Madison opined: "It is no doubt very desirable that we should hold out as many inducements as possible for the worthy part of mankind to come and settle amongst us, and throw their fortunes into a common lot with ours. But why is this desirable?"

No, not because "diversity" is our greatest value. No, not because Big Business needed cheap labor. And no, Madison asserted, "Not merely to swell the catalogue of people. No, sir, it is to increase the wealth and strength of the community; and those who acquire the rights of citizenship, without adding to the strength or wealth of the community are not the people we are in want of."

George Washington, in a letter to John Adams, similarly emphasized that immigrants should be absorbed into American life so that "by an intermixture with our people, they, or their descendants, get assimilated to our customs, measures, laws: in a word soon become one people."

Alexander Hamilton, relevant as ever today, wrote in 1802: "The safety of a republic depends essentially on the energy of a common national sentiment; on a uniformity of principles and habits; on the exemption of the citizens from foreign bias and prejudice; and on that love of country which will almost invariably be found to be closely connected with birth, education and family."

Hamilton further warned that "The United States have already felt the evils of incorporating a large number of foreigners into their national mass; by promoting in different classes different predilections in favor of particular foreign nations, and antipathies against others, it has served very much to divide the community and to distract our councils. It has been often likely to compromise the interests of our own country in favor of another."

He predicted, correctly, that "The permanent effect of such a policy will be, that in times of great public danger there will be always a numerous body of men, of whom there may be just grounds of distrust; the suspicion alone will weaken the strength of the nation, but their force may be actually employed in assisting an invader."

The survival of the American republic, Hamilton maintained, depends upon "the preservation of a national spirit and a national character." He asserted, "To admit foreigners indiscriminately to the rights of citizens the moment they put foot in our country would be nothing less than to admit the Grecian horse into the citadel of our liberty and sovereignty."

On Thursday, a bipartisan majority of U.S. senators on the Senate Judiciary Committee adopted a stunningly radical amendment by Sen. Pat Leahy, D-Vt., to undermine the national interest in favor of suicidal political correctness. The measure would prevent the federal government from ever taking religion into account in immigration and entrance decisions "as such action would be contrary to the fundamental principles on which this Nation was founded."

This pathway to a global right to migrate runs contrary to our founders' intentions as well as decades of established immigration law. As Sen. Jeff Sessions, R-Ala., pointed out in a scathing speech opposing the Leahy amendment: "It is well settled that applicants don't have the constitutional right or civil right to demand entry to the United States. ... As leaders, we are to seek the advancement of the Public Interest. While billions of immigrants may benefit by moving to this country, this nation state has only one responsibility. We must decide if such an admission complies with our law and serves our national interest."

Put simply, unrestricted open borders are unwise, unsafe and un-American. A country that doesn't value its own citizens and sovereignty first won't endure as a country for long.