America Demands Law & Order: Trump Has Thumbs On Evil Party’s Windpipe (If RATS Don’t Stab Him In The Back) 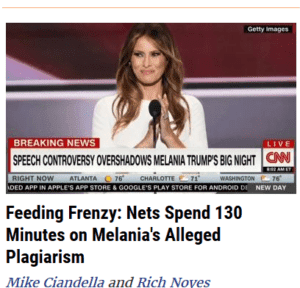 There’s a reason the Main Stream Media/ Lying Press is obsessing on Melania Trump’s alleged plagiarism/ homage: the Trump convention has its thumbs on the Evil Party’s jugular.

It’s amazing how irrelevant Hillary Clinton has already become. In the hours after the murder of three police officers in Baton Rouge, Lousiana, Hillary Clinton was silent. However, presumptive Republican nominee Donald Trump had a simple message. “We demand law and order.”

When she did break her silence, she went to the NAACP convention to speak out against law and order. 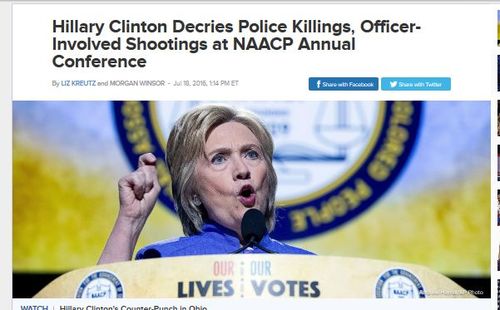 As the Republican convention begins, the GOP is focusing on the theme of “Make America Safe Again”—a variation Trump sometimes uses as an alternative to use signature #MAGA slogan. As the simmering Fourth Generation Warfare that is Black Lives Matter shows no sign of receding, Trump is betting that his message of “law and order” will work as effectively for him as did for Richard Nixon.

A number of speakers at the convention in Cleveland are pushing this message, including Rudy Giuliani, Chris Christie and Sheriff David Clarke Jr. [On Eve of G.O.P. Convention, Law and order Takes the Floor, by Alexander Burns, New York Times, July 17, 2016]

The Main Stream Media has already pushed the latest massacre off the front pages in favor of more anti-Trump agitprop disguised as news articles. And the MSM is clearly aware of Trump’s strategy and the threat it represents.

Howard Fineman at The Huffington Post tried to poison the well by implying the strategy is racist. Speaking about Nixon, Fineman sneered:

The aim was not to “unite” America, as Nixon claimed, but to target enough white middle-class support (as well as support from a smattering of other groups) to win.

Manafort made clear that Trump’s core strategy in 2016 is the same, and that in the campaign’s view, the “angst” created by recent police shootings of African-Americans, as well as attacks on police, create an “opportunity” for the campaign.

Yet Trump is constantly saying “unity” is part of his message. In his spate of tweets following the shooting in Louisiana, he condemned Barack Obama for dividing the country. As he memorably put it, President Obama “doesn’t have a clue” and our country is a “divided crime scene.”

This message is especially effective because millions of European-Americans thought the whole purpose to putting Barack Obama in charge was to “get beyond race” and bridge the racial divide. As with immigration, race is another one of those issues which can never be “put behind us.’

The issue is not that Trump doesn’t want to unite the country, it’s that vast swathes of the country, including the bulk of the managerial elite, have no interest in reducing racial tensions, crime or violence.

Thus, we have the bizarre spectacle of “law and order” being called a racially “loaded” phrase—even when African-Americans are among the victims of the recent spate of anti-police violence:

It’s a loaded phrase, harkening back to the 1960s, when Republican presidential candidates Barry Goldwater and Richard Nixon adopted it during the campaigns of 1964 and 1968, respectively. The expression was perceived as carrying racial connotations — a dog whistle to white voters amid civil rights protests — so Trump's resurrection of the language could further erode his standing with minority voters.

Rep. Emanuel Cleaver, former head of the famously corruption-ridden Congressional Black Caucus, moaned “I don't know of many African-Americans and Latinos who heard Mr. Trump's words and did not recoil at the thought that we're returning to an era we thought was behind us.”

Presumably, he means an era when the Chief Executive had a stake in preventing violence against law enforcement, instead of encouraging it. And I suppose we can understand why someone in the Congressional Black Caucus doesn’t want the law enforced.

But this is the problem for the Democrats and Hillary Clinton. Clinton is dependent not just on winning almost the entire African-American vote, but on ensuring massive turnout. Thus, Clinton has to be circumspect when it comes to condemning police shootings. She can’t forthrightly condemn the murder of police officers and call for a crackdown against spiraling lawlessness because she needs to keep inciting hatred against white people and law enforcement in order to drive up black turnout.

The Obama Administration can’t even manage a symbolic gesture like lighting the White House in blue the same way they put a rainbow up to honor the imposition of gay marriage on the nation. [Earnest can’t say why WH won’t be lit in blue to honor cops, by Nicole Duran, Washington Examiner, July 18, 2016]

Of course, the downside of whipping up the hatred of a demographic with a high time preference is you are far more likely to get more violent incidents [Race and Psychopathic Personality, by Richard Lynn, American Renaissance, July 2007] Thus, not only are we likely to see more cops being ambushed and gunned down in the streets, we are likely to see more cases of multiple homicide like we saw in Dallas and Baton Rouge.

[F]or now at least, the burden is heaviest on Clinton and the Democrats. Having embraced, to varying degrees, the anger and energy behind anti-police brutality protesters, Clinton now finds herself in danger of being cast as anti-cop.

And that’s never a good thing to be in American politics.

The strategic climate is shifting in Trump’s direction and the polls are reflecting it. The latest Monmouth poll shows Clinton with only a two-point lead. [Trump Closes in on Clinton, Monmouth University, July 18, 2016] One poll even shows Trump is tied with Hillary Clinton in deep blue Connecticut [Trump Converting Democrats, Poll Shows, by John Gizzi, Newsmax, July 17 2016].

Thus, it’s nothing short of astonishing that the RATS (Republicans Against Trump) picked this moment to stage a floor revolt against the presumptive Republican nominee. As this is written, Ken Cuccinelli (who retreated on immigration during his failed gubernatorial run) and Utah Senator Mike Lee (last seen trying let more drug dealers out of prison so they can vote for Democrats) staged a noisy protest on the convention floor, demanding a roll call vote for the nominee. They then promptly ran to the MSM, which developed a Strange New Respect for supposed arch-conservatives suffering an outbreak of “conscience” about the prospect of President Trump.

If Trump is defeated by the stab in the back, these actions will surely be recognized as the first move in Ted Cruz’s 2020 presidential run. It’s hard to imagine those who support Trump today will reward such manipulation in the future.

Of course, the controversial VP election of Mike Pence was supposed to be because the Indiana Governor could win over the #NeverTrump conservatives. There is already evidence to suggest Pence is costing Trump support among the Democrats he will need to open up the electoral map and challenge Clinton in states Obama won in 2012. According to Rasmussen, more than 20% of Democrats are less likely to vote for Trump because of the selection of Pence. If Ted Cruz-style “true conservatives” are already trying to throw the election, it’s not like Trump is even gaining a united Republican Party because of this sacrifice. 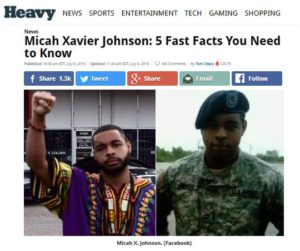 events. Donald Trump faces powerful structural obstacles to assembling a winning coalition, notably the opposition of many in his own party and the fierce hatred of the MSM, both of which consider him an existential threat.

But Trump, unlike Clinton, has positioned himself as the beneficiary if Black Lives Matter continues its campaign of terror.

And there’s no reason to believe that the violence has ended. Indeed, as America continues its descent into the Third World, it seems far more likely this just the beginning.