If Black Lives Matter, then why have entrenched members of the Congressional Black Caucus spent more time enriching themselves than taking care of their neglected constituents?

Too many social justice protesters are busy throwing shade, rocks, bottles, concrete blocks and vicious death threats at police officers of all colors trying to keep the peace.

Instead of moaning about "#WhitePrivilege," I invite radical racial identity warriors to join me in taking on the black political elites selling out their people. Help expose the most crooked members of the caucus of Congressional Black Corruption:

Corrine Brown: (above) This 12-term Democrat from Florida received a 24-count federal indictment last week while her Congressional Black Caucus colleagues tried to drown out the news with diversionary gun-control theatrics. Brown and her chief of staff are charged with creating a fraudulent education charity to collect over $800,000 in donations from major corporations and philanthropies for their own private slush fund between 2012 and early 2016.

The director of the hoax group, dubbed One Door for Education, Inc., pleaded guilty last year to fraud and conspiracy. Prosecutors say two relatives of Brown and her chief of staff steered tens of thousands of dollars in cash deposits to their accounts. The charitable contributions paid for lavish galas, NFL tickets, concert luxury box seats, golf tournaments and apparently Brown's tax bills.

Despite raising nearly a million bucks, Brown's "charity" only issued two measly educational scholarships for minority students. So while shamelessly claiming this week to be a martyr akin to the murdered Dallas police officers and victims of the Orlando jihad, Brown is embroiled in a sordid scandal that exploited black children's lives to line her own pockets.

You can't blame righty or whitey this time, Crooked Corrine.

Chaka Fattah: (right) This 11-term Pennsylvania Democrat was convicted in late June on 23 charges of racketeering, money laundering and fraud, along with four other co-defendants. His son (Chaka Fattah,Jr.) was sentenced earlier this year to a five-year prison term after being found guilty of 22 counts of separate federal bank and tax fraud charges related to his misuse of business loans and federal education contracts to pay for designer clothes, massive bar tabs and luxury cars. 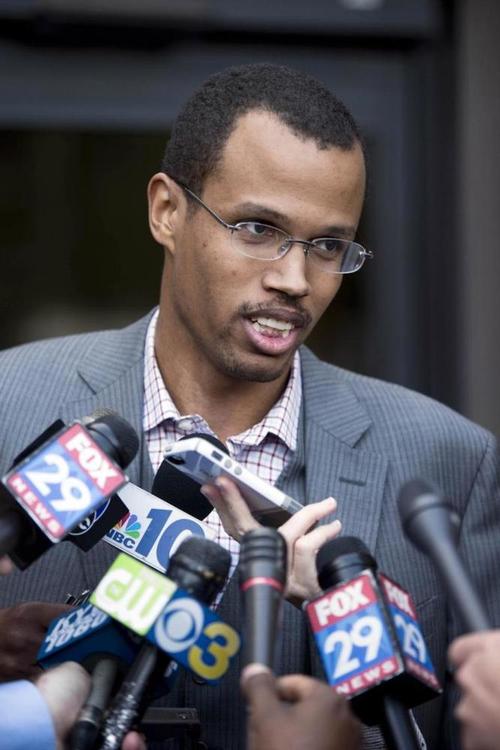 Fattah the Elder's crimes are tied to schemes to repay an illegal $1 million campaign loan. Like his rotten apple of a son, Fattah siphoned off federal grant money and nonprofit funds (including donations to his educational foundation—sound familiar?) to pay off political consultants.

The con artists inside your own communities are your own worst enemies.

Maxine Waters: (right) This 13-term Beltway swamp queen from California and past chair of the Congressional Black Caucus walked away with a slap on the wrist from the toothless House Ethics Committee in 2012 after being charged with multiple ethics violations related to her meddling in minority-owned OneUnited Bank.

The banks' executives donated $12,500 to Mad Maxine's congressional campaigns. Her husband, Sidney Williams, was an investor in one of the banks that merged into OneUnited. As stockholders, they profited handsomely from their relationship with the bank.

And vice versa. After Waters' office personally intervened and lobbied the Treasury Department in 2008, the financial institution received $12 million in federal TARP bailout money—despite another government agency concluding that the bank operated "without effective underwriting standards" and engaged "in speculative investment practices." Top bank executive Kevin Cohee squandered money on a company-financed Porsche and a Santa Monica, California, beachfront mansion. After the federal bailout of Fannie/Freddie, OneUnited's stock in the government-sponsored enterprises plunged to a value estimated at less than $5 million. Only through Waters' intervention was OneUnited able to secure an emergency meeting with the Treasury and its then-Secretary Henry Paulson.

Waters' government cronyism earned her a "Most Corrupt member of Congress" designation from the left-wing Citizens for Responsibility and Ethics in Washington.

Then there's Alcee Hastings, the 12-term Florida corruptocrat impeached while a federal judge in 1989 for making false statements and producing false documents in a 1983 criminal trial accusing him of seeking a $150,000 bribe. He went on to win a seat in Congress in 1992 and used his position to enrich his various lady friends, including paying one girlfriend-turned-congressional deputy district director more than half a million dollars in salary and another he calls a "staff assistant" to accompany on his endless junkets abroad. 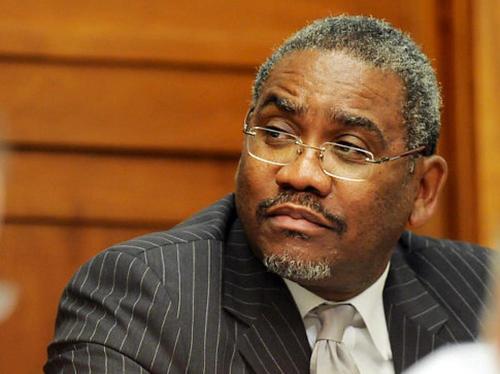 Those three are just the start. There's Texas' Sheila Jackson Lee and the Medicare fraud racket involving a local hospital in her district; Greg Meeks (right)and his $400,000 earmark for a fake health clinic in New York City and Caribbean resort jaunts underwritten by convicted financier Allen Stanford; and Wisconsin's Gwen Moore and her lucrative friends and family. And, of course, the ethics violations, shady business deals and tax troubles from New York's Charlie Rangel deserve their own encyclopedia.

My message for BLM? Put down your black power fists and weapons. Give the "#BlueLivesMurder" and "Fry 'em up like bacon" chants a rest. Aim your outrage at self-serving black leaders and their abject failure to improve black people's lives.