Why Herman Cain Might Be The Best GOP Candidate 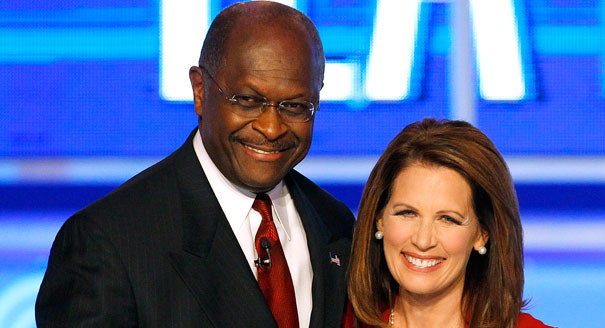 The Cain Mania seems to be building so it is time to look on the bright side: there is one, although it's tragic.

In 2006 Cain was diagnosed with Stage IV Colon cancer, which had spread to his liver. The current Wikipedia article on Colon cancer says the 5-year prognosis for this situation is 7% survival, another source says 6%.

Cain has been very lucky. But even Rolling Stone’s effort to brush this issue aside - Docs: Herman Cain's Cancer Is Not Disqualifying By Tim Dickinson October 13, 2011 betrays the ominous reality: the most optimistic Doctor they could find said

"Cain's prognosis for another five years of survival is 'definitely greater than 50 percent and likely much higher than that.' "

Having only a somewhat better than even chance of surviving his first term is not encouraging, particularly since cancer is a debilitating disease. Rolling Stone of course is not known for its solicitude for Republican interests and a cursory knowledge of Presidential history indicates the truthfulness of the medical profession in the area is very poor.

America faced this situation in 1992, when Senator Paul Tsongas, declaring himself to be cured of cancer, gave Bill Clinton serious competition for the Democratic nomination. A President Tsongas would have died just before the end of his first term.

Just as with Cain’s flimsy record, this threat would disqualify a white candidate. But since men of color are apparently above criticism, it makes the selection of the Vice Presidential candidate crucial. A President Cain is not likely to make it through two terms.

Peter Brimelow has pointed out Michelle Bachmann seems to be running for Vice President. A Cain nomination runs the very serious risk of low white turnout, since he is de facto as much a member of the East Coast Big Business elite as Romney. Furthermore, the flyovers have to deal with Affirmative action beneficiaries in their work places and schools: the experience is negative. Bachman appeals to precisely the excluded demographic most likely to see a Cain nomination as an insult.

What the Establishment will want, of course, is Rubio. That way they could send their true message.