A friend sent this, which may or may not be accurate statistically. 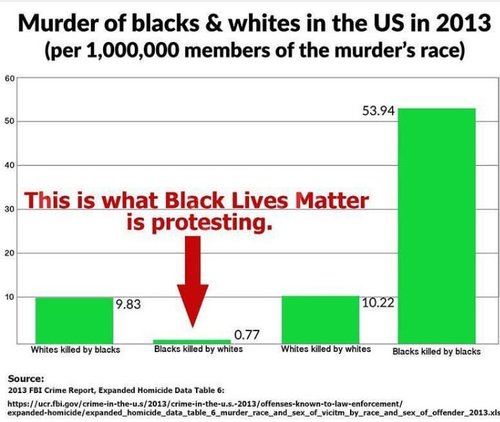 It reminds me of this much less scientific looking graphic that Trump tweeted, in response to thing about Black Lives Matter. 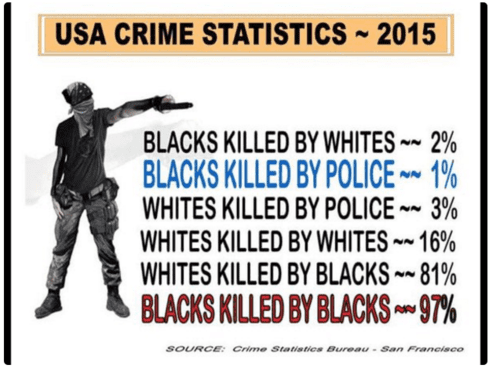 The figures aren't so much wrong as meaningless (percentage of what?) and unsourced.  Jamelle Bouie was angered by it, and critics picked apart the statistics and called Trump a liar—which assumes that he knew the exact facts about race and crime, saw this inaccurate image, and decided to Tweet it anyhow.

Trump admitted the facts in the Tweet were wrong, but he didn't try to delete or memory hole the Tweet itself. But note that there's no longer any picture there: 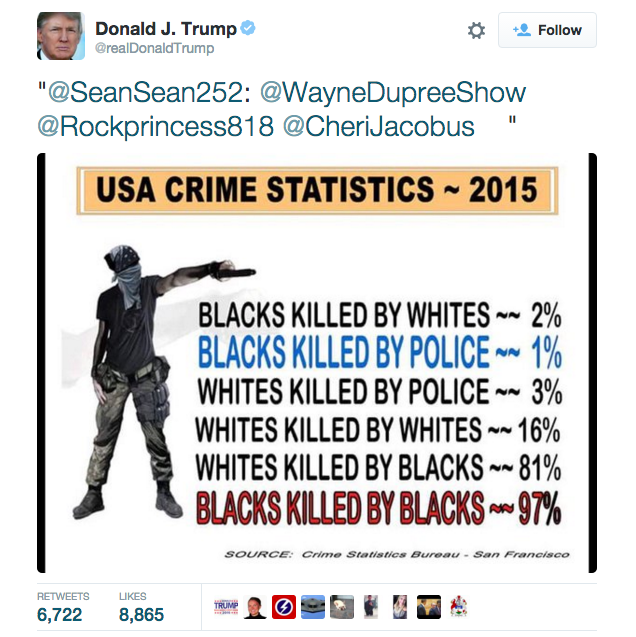 UPDATE: This is an image of the original Tweet.

Jared Taylor responded with What Donald Trump Should Have Tweeted:

You can take those figures to the bank.

However, whether the figures in the green and white graphic are true or not, they're wrong.

What Black Lives Matter is protesting is not white murders of blacks, but justifiable homicide in self-defense (Trayvon Martin, Michael Brown) accidental death (Freddie Gray) suicide while in custody for assaulting a police officer (Sandra Bland) and an apparently self-inflicted death by overexertion (the massively overweight Eric Garner, below. )