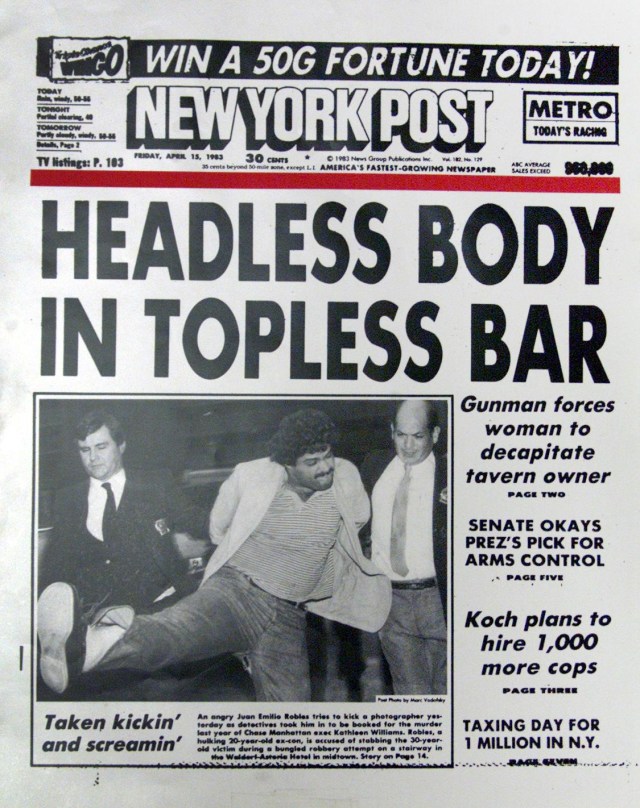 This is the third dead body found in a Central Park lake since September 7.

It’s getting to be like the 1970s all over again in New York City.

Soon, the New York Post will once again have the material for great headlines like 1983’s “Headless Body in Topless Bar.”

(The subhead was the even more disturbing “Gunman Forces Woman to Decapitate Tavern Owner.”)

Shooting victims are up 104% year-to-date in New York City.

Weren’t the last couple of decades rather nice in NYC?

Why does so much of the Establishment keep pushing, in effect, to go back to the Bad Old Days of urban decay?

Do they have some brilliant master plan? Or are they just stupid?