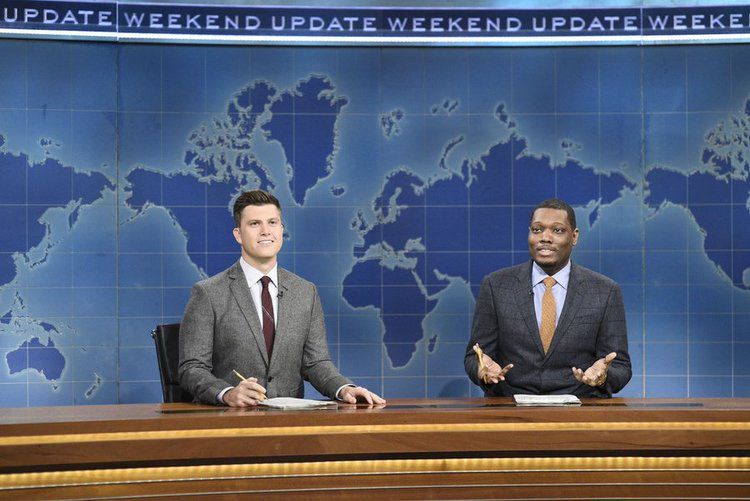 The Uncool Strike Back Against The Funny

Sonia Rao is a pop culture reporter. She attended Boston University and wrote for the Boston Globe before coming to The Post as a Style intern in 2017. She officially joined the features department in 2019.

… So it is particularly noticeable when a joke bombs, as was the case during this past Saturday’s “Weekend Update” segment.

The bit began innocuously, with co-anchor Michael Che poking fun at Kanye West’s new gospel album and public pivot to Christianity by stating: “At first, I thought Kanye was losing his mind, and now I feel like he’s fine. He’s just turning into an old white lady.

“I mean, he used to be, like, one of the coolest black dudes on earth,” Che continued. “Now he’s showing up to events in sweatpants and orthopedic sneakers, listening to Kenny G and trying to get black people to like Trump. It’s like, how long before this guy changes his name to Kathy?”

The audience laughed until Che’s final joke, which was met with silence, aside from a few groans. Beginning with, “Now, you might think I’m crazy,” he went on to refer to Caitlyn Jenner — the reality star and former Olympian who was married until 2015 to West’s mother-in-law, Kris — as another “fella” who moved to Calabasas, Calif., turning the joke about West into one mocking and misgendering the transgender woman. (Che also deadnamed Jenner, or called her by the birth name she no longer uses.)

who set his target on “cancel culture” in his newest Netflix special, “Sticks & Stones.” Though the popular comedian built a career out of irreverent social commentary, the special’s largely negative reviews suggest that in some cases, he made jokes solely for the sake of provoking — among them, a bit where he does a stereotypical impression of a Chinese man after claiming that if trans people were born in the wrong body, then the same logic should apply to race.

Che responded to the criticism of Chappelle’s special in a since-deleted Instagram story, writing that the comments seemed “to be about the take, and very little about the actual art.”

It’s as if there’s a conspiracy of the funny guys, like Michael Che and Dave Chappelle, against the unfunny people who resent them for being funny and reminding them that they will never ever be funny.

It wasn’t just “the take” that people took issue with, though, but the pattern Chappelle has recently displayed of punching down at this specific community. In a July review of his Broadway show, the New York Times noted that after taking flak for mocking trans people in past sets, he “seems to have become fixated on the subject.”

Placed in context, Che’s misgendering and deadnaming of a trans woman — which, to be clear, is what most people have taken issue with, as Jenner has been the subject of other edgy jokes in the past — represents SNL’s latest misstep in joking about gender identity. Any show that has aired for multiple decades is bound to fumble at times, whether due to changing social norms or the sheer volume of material put out. But SNL has grown since the days of, say, Julia Sweeney’s Pat, an androgynous character introduced in the early 1990s whose comedic value came from other characters’ inability to determine Pat’s gender. (In 2017, “Transparent” creator Jill Soloway referred to “It’s Pat” as a “hateful, awful thing to do to nonbinary people.”)

This might explain the uproar after, as recently as November 2016, just days after the election, “Weekend Update” co-anchor Colin Jost jokingly blamed those who support trans and nonbinary people for the result: “The dating app Tinder announced a new feature this week which gives users 37 different gender identity options,” he said. “It’s called ‘Why Democrats lost the election.’”…

SNL has more successfully addressed gender identity in other cases. Take the viral 2015 sketch “A Thanksgiving Miracle,” in which the only thing that can keep a family from fighting at dinner is the act of singing Adele’s “Hello.” Upon sitting down at the table, the grandparents mention that they saw trans people at the airport. “Very interesting trend, this,” says the grandfather, played by episode host Matthew McConaughey, to which Jay Pharoah’s character responds, “Transgender is not a trend, Mr. Paul.”

“There weren’t any around when I was younger,” the grandfather claims. Cecily Strong’s character snaps, “Yeah, they were there, but they couldn’t say anything, so they lived sad lives and died.”

It’s a frank statement, but one that, unlike Che’s “Weekend Update” joke, leans in favor of trans visibility. If social media is any indication, many at-home viewers were as disappointed as the studio audience over the reference to Jenner, calling it “hacky, lame” and, in several cases, transphobic.

The Great Awokening is The Revenge of the Lames.