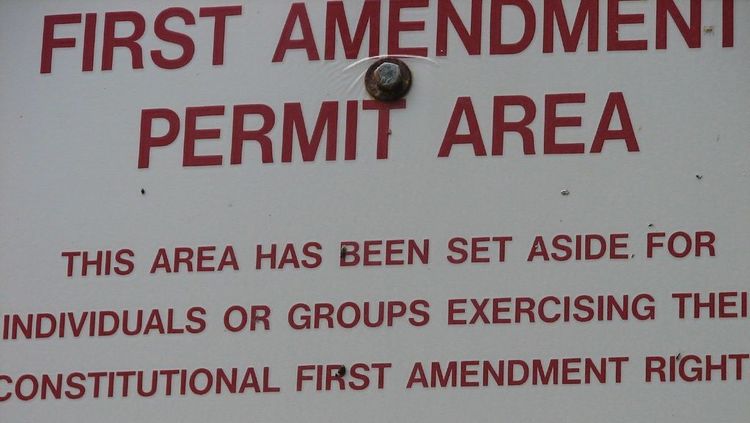 By Richard Stengel
Oct. 29, 2019 at 5:20 a.m. PDT
Richard Stengel, a former editor of Time, is the author of “Information Wars” and was the State Department’s undersecretary for public diplomacy and public affairs from 2013 to 2016.

When I was a journalist, I loved Justice Oliver Wendell Holmes Jr.’s assertion that the Constitution and the First Amendment are not just about protecting “free thought for those who agree with us but freedom for the thought that we hate.”

But as a government official traveling around the world championing the virtues of free speech, I came to see how our First Amendment standard is an outlier. Even the most sophisticated Arab diplomats that I dealt with did not understand why the First Amendment allows someone to burn a Koran. Why, they asked me, would you ever want to protect that?

It is important to remember that our First Amendment doesn’t just protect the good guys; our foremost liberty also protects any bad actors who hide behind it to weaken our society.

In the weeks leading up to the 2016 election, Russia’s Internet Research Agency planted false stories hoping they would go viral. …

That’s partly because the intellectual underpinning of the First Amendment was engineered for a simpler era. The amendment rests on the notion that the truth will win out in what Supreme Court Justice William O. Douglas called “the marketplace of ideas.”

Back when William O. Douglas joined the Supreme Court in April 1939, the world was a simpler, more innocent place. Instead of a sinister Russian troll farm concocting memes, there was merely a giant international conspiracy of Communist Parties under the thumb of Stalin infiltrating Western institutions to persuade us to, first, oppose Hitler, but then, later in 1939, to support Hitler.

But it’s not 1939 anymore, so we can’t afford free speech in these scarier times.

This “marketplace” model has a long history going back to 17th-century English intellectual John Milton, but in all that time, no one ever quite explained how good ideas drive out bad ones, how truth triumphs over falsehood.

… The presumption has always been that the marketplace would offer a level playing field. But in the age of social media, that landscape is neither level nor fair.

We need to go back to the level playing field when I, as editor of Time magazine, could personally put a massive thumb on the scale of the national conversation by what I chose to feature on the cover of Time. Man, that was awesome …

… Hate speech has a less violent, but nearly as damaging, impact in another way: It diminishes tolerance. It enables discrimination. Isn’t that, by definition, speech that undermines the values that the First Amendment was designed to protect: fairness, due process, equality before the law? Why shouldn’t the states experiment with their own version of hate speech statutes to penalize speech that deliberately insults people based on religion, race, ethnicity and sexual orientation?

Remember when the essence of liberalism was that the 14th Amendment meant that the 1st Amendment applied to state governments?

All speech is not equal.

Some speech is more equal.