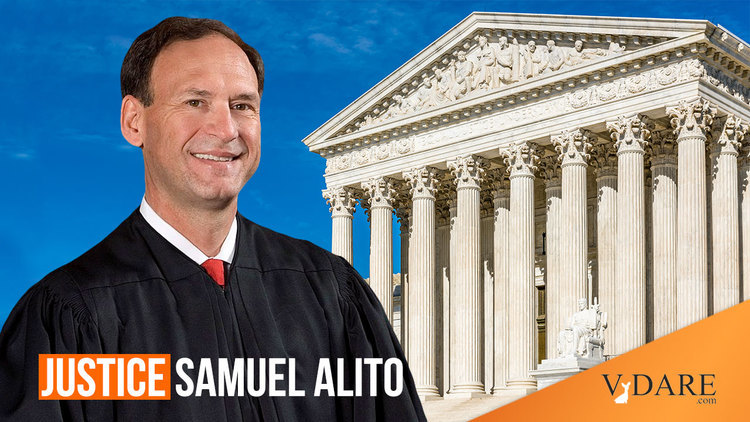 It appears that kritarchy, previously an alleged anti-Semitic smear (the word having described the period of rule by Hebrew Judges), is now something to be debated and discussed in public. This is another of the never ending shifts in positions taken by the radical Left. They once hated the Central Intelligence Agency (CIA) and the Federal Bureau of Investigation (FBI), back when one was killing Reds overseas and the other was arresting them for various treasons. Now, the Left loves the CIA and FBI for their war on Donald J. Trump. How times change! Kritarchy is now on the outs with the Left.

Back just a few short years ago the courts were the only refuge for stopping President Trump’s actions on immigration, and that worked well. Kritarchs like Dolly Gee effectively neutralized, delayed, thwarted or hamstrung many of the immigration initiatives of the Trump Administration. The courts were the last bastion of open borders and the Left was flying high on judicial independence. 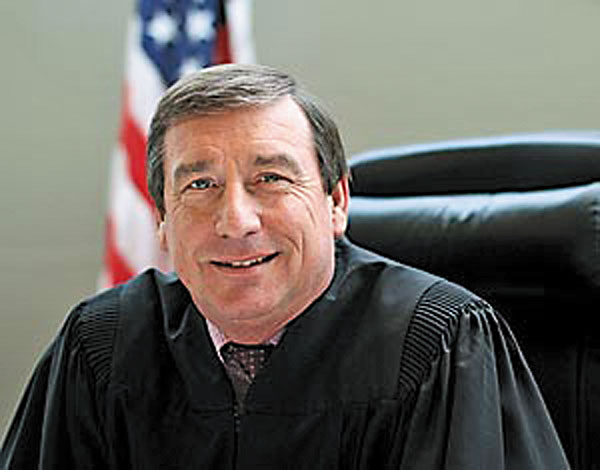 Will The Left Target Hero Judge Andrew Hanen For Assassination Over His Patriotism On The Border?

Not so much anymore. Leaders like Ken Paxton learned their lessons and started a long march through the courts, specifically the 5th Circuit, the most favorable, starting with the Deferred Action for Parents of Americans (DAPA) and Deferred Action for Childhood Arrivals (DACA).

Both were eventually overturned by a Federal judge in Texas, Andrew Hanen. The DAPA decision came quickly, the DACA decision much more slowly, and it appeared that Paxton’s strategy would take years.

But with the Biden Regime Administrative Amnesty, decisions in the 5th Circuit started to come hot and heavy, ending many Biden Regime mini-amnesties, with the latest being reinstatement of Title 42.

President Biden’s administration will comply with an upcoming order from a federal judge in Louisiana that is expected to block the removal of COVID-19 border restrictions.

The restrictions, known as Title 42, are a Trump-era health measure that has been used to deport more than 1 million migrants. The Biden administration had previously planned to end Title 42 on May 23, a move that would have resulted in a surge in illegal immigration.

A Louisiana district court judge has announced plans to block such a move until Biden negotiates a deal with Republican border states. A senior administration official said the White House plans to comply with that order Tuesday, according to Politico.

Of course, we know that the Biden Regime will sabotage this decision, just as it did on the Remain-In-Mexico decision. Only miniscule numbers of illegal aliens were required to wait in Mexico, and, similarly, the Biden Regime, which has already effectively stopped using Title 42, will only use it sparingly. But no matter, the battle is engaged and I hope that Paxton and other attorneys general and governors will be petitioning the court to look into contempt of court charges for the current and future sabotage.

But the Left has noticed that kritarchy works both ways. The good news is that I and VDare are no longer anti-Semites for noticing that Chinese-American, Pakistani-American, and Iranian-American kritarchs were illegally interfering in immigration law enforcement. Now the Left is not using the word kritarch; they have a new word for it, juristocracy, but effectively they are now arguing against kritarchy. "Juristocracy" still isn’t in MS Word’s dictionary, but it's just kritarchy with half the Greek etymology—and it describes the Israelite form of governance in the Old Testament Book Of Judges no less accurately.

But, coming up upon the decision on abortion, the newfound distaste for rule by judges will be magnified. Already the usual suspects are laying the groundwork against the New Kritarchy, the 5-4 majority that perhaps will end abortion and restore the Second Amendment.

When Texas Attorney General Ken Paxton filed a new lawsuit against the Biden Administration last week challenging the allegedly “unlawful” move to grant asylum officers authority to decide some asylum cases, no one was surprised. It’s the 11th immigration-related lawsuit Paxton has filed against the Administration since President Biden took office.

But the Texas attorney general is hardly alone in his enthusiasm for litigation. Because Congress has failed to act meaningfully since the 1990s to reform the U.S. immigration system, immigration policy has been increasingly shaped by court challenges. In recent years, liberal and conservative attorneys general, nonprofit organizations, and individual plaintiffs have filed an avalanche of immigration-related suits in federal courts, resulting in a profusion of complex and often-contradictory court rulings, experts tell TIME. With Congress on the sidelines, federal judges are now on the frontlines of interpreting and dictating the scope of executive actions, federal guidelines and agency rules—thereby determining how U.S. immigration policy actually works.

[Why Judges Are Basically in Charge of U.S. Immigration Policy Now, by Jasmine Aguilera, Time, May 4, 2022]

"With Congress on the sidelines, federal judges are now on the frontlines of interpreting and dictating the scope of executive actions, federal guidelines and agency rules—thereby determining how U.S. #immigration policy actually works."https://t.co/KkfUzKo5aw

Aguilera somehow brings amnesty into the question, claiming that the interference by kritarchs is caused by “a failure to pass comprehensive immigration reform,” as if that had anything to do with Dolly Gee‘s decision to end detention of illegal aliens. The problem of kritarchy or juristocracy, call it what you will, has nothing to do with another amnesty; in fact kritarchy in immigration law enforcement came mostly after the 1986 amnesty that legalized more 3 million illegal aliens.

The Left is also concerned about how quickly courts are stepping in to protect the borders. Where once kritarchs like Dolly Gee opened up the borders, other judges are moving quickly to close the borders to illegal aliens.

The Left has no principles on courts, only on electing a new people. Now that judges are protecting borders, kritarchy is a symbol of disfunction, and therefore is bad. But noticing kritarchy is good, and definitely not anti-Semitic.

Given the sudden change in attitudes on the Left regarding kritarchy, one can only imagine their change of heart, once Roe v. Wade is overturned, on insurrection.

Undoubtedly there will be an attack on the Supreme Court building and likely some assassination attempts against the hero Justices. But that will not be condemned as insurrectionist or treason. Will it come to blood? Most likely; be prepared.