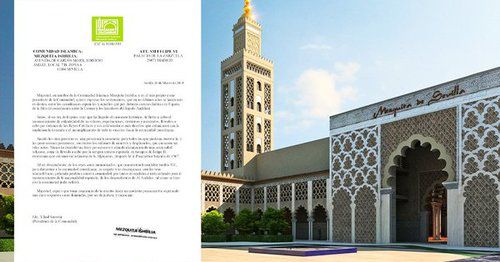 Mexican President Andres Manuel Lopez Obrador, known as AMLO, recently wrote a letter to Felipe VI, King of Spain, asking him to apologize for the Spanish conquest of Mexico, 500 years ago.

That raises many interesting considerations.

If it weren't for the Spanish Conquest, Mexico as we know it wouldn't exist. Most Mexicans are descended from both Indians and Europeans. Therefore most Mexicans wouldn't even exist.

Many Mexicans are descended from both the conquistadors and the conquered Indians. And to complicate things further, some of the Indians were allies of the Spaniards against the Aztecs.

So who apologizes to whom?

Maybe it would be better to learn from history and see what can be done in the present?

Anyway, the Spanish government didn't play along, and responded that “The arrival 500 years ago of the Spaniards on territory that is now Mexican cannot be judged in the light of contemporary considerations."[AMLO asks Spain to apologize for the conquest: Spain says definitely not,Mexico News Daily, March 25, 2019]

Although the AMLO letter didn't have its desired result, it inspired another group to demand redress from the Spanish monarchy.

What other group was wronged by Old Spain?

The Muslims, of course!

The leader of the Islamic Community in the city of Sevilla, Spain, wrote to King Felipe.

The president of the Ishbilia Islamic Community of Sevilla, Yihad Sarasua, demands that King Felipe VI apologize for the "atrocities" committed against the Muslims during the Reconquista.  Yihad Sarasua sent the letter to the king of Spain this past Tuesday [March 26] in which he denounces the "persecution" to which the followers of Mohammed were subjected, for whose descendants he requests also Spanish citizenship.

The Spanish reconquista was the centuries' long conflict in which the Spaniards drove the Muslims out of Spain.  A pro-Western person might consider the medieval Spaniards heroes for this.

How had the Muslims gotten there? They invaded Spain back in the early 8th century A.D.

Does that mean that the King of Spain should write to the King of Saudi Arabia, asking Muslims to apologize for the Muslim Invasion of Spain?

Good luck with that one!  In Islam, Islamic Conquest is considered a good thing. So they're not going to apologize for it.

It's only white Western people who go around apologizing for their ancestors.

Anyway, back to the letter:

The letter...criticizes the "lack of conciliation" between the Crown and the "heirs of the Andalusian legacy" and lashes out at the actions taken against the Muslim community by Spanish royalty beginning with the "reyes católicos" in Spain [Fernando and Isabel], with special mention of those two and also Felipe II [reigned 1556–98].

The reyes católicos, or Catholic monarchs, are none other than Fernando and Isabel, the couple known in the United States as "King Ferdinand and Queen Isabella".  They were the sponsors of the voyages of Columbus, who brought Western Civilization to the Western Hemisphere.

How important are Fernando and Isabel in Spanish history? Without them, Spain might not exist.

Their 1469 marriage united her kingdom of Castile and his kingdom of Aragon, thus forming the modern Spanish nation. So you could call them the father and mother of Spain.

Fernando and Isabel proceeded to drive the Muslims out, and sponsored the voyages of Columbus which began the Spanish Empire in the Western Hemisphere.

But the Muslim leader of Sevilla is sore at them for whipping it up on the Muslims 500 years ago.

Sarasua believes that "the historic moment" has arrived to recognize "the guilt of vileness, plundering, exile and murder carried out under orders of the Catholic Monarchs and their close collaborators" and that culminated, he adds in the letter, in the conquest of Granada and the "breach" of all agreed upon with the Muslims.

The president of the Ishbilia Islamic Community speaks of "persecution" in later years and "millions of deaths and displacements" and highlights that there never had been " such a ferocious persecution and eagerness of elimination" as that begun by the Spanish monarchs.

The letter says that "...Felipe VI now has a 'formidable' occasion to demonstrate 'his respect' to the Islamic community, 'asking forgiveness' and interceding to achieve the recognition of Spanish citizenship to 'the descendants of Al Andalus' just as was done with the Sephardi community.

There are people in North Africa who claim to be descendants of Muslims kicked out of Spain, and they think they ought to be able to go back. So this letter is asking citizenship for them.

Santiago Abascal, leader of Spain's nationalist Vox party, of whom I've written before, tweeted about it on March 28th:

They insult the reyes católicos, they demand the submission of our king and demand citizenship. They only lack demanding that our women wear burqas! Whoever proceeds like this in our house has to leave!