Silicon Valley CEO Gurbaksh Chahal Turns Out To Be "Racist" As Well As "Sexist"—Surprising...Who?

Here's a Daily Beast story about Silicon Valley CEO Gurbaksh Chahal, an Indian immigrant, born in Tarn Taran Sahib in the Punjab, but raised—by Indian parents—in San Diego. He doesn't seem to have assimilated to the values of white, liberal San Diegans—although there are other groups in San Diego who beat their wives and use the N-word. But look at the color of this picture!

Here's what Mr. Chahal looks like in real life: 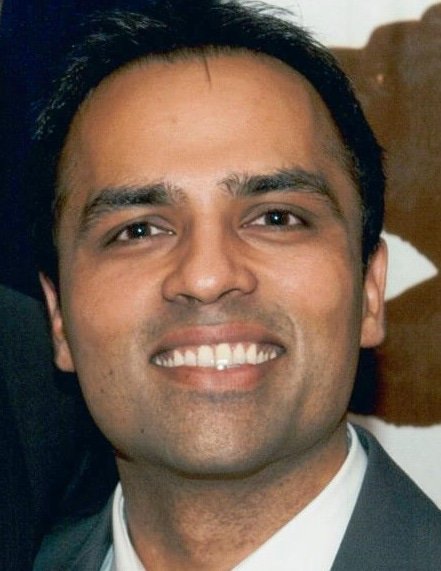 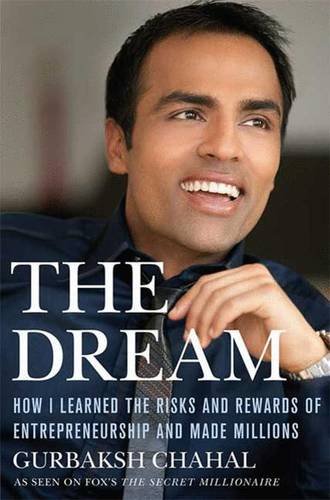 Gurbaksh Chahal started the Internet advertising company ClickAgents from his bedroom at the age of 16, having emigrated to the United States with his Sikh family from the small town of Tarn Taran, India. He dropped out of high school to pursue the venture full-time, and two years later sold ClickAgents for $40 million, making him one of the youngest self-made millionaires in history and allowing him and his entire family to realize their dreams. Chahal went on to become the youngest executive of a multi-billion dollar NASDAQ-listed company, and then sold his second company, BlueLithium, to Yahoo! for $300 million, turning many of his employees into multi-millionaires as well.

In The Dream, Chahal's refreshing advice for entrepreneurs encourages them to embrace risk and to carve out new niches in the marketplace. He emphasizes the value of good business timing: how to execute an idea and get it to the marketplace, how to create and maintain solid business relationships, how to stay grounded, and — most importantly — how to teach yourself that failure is not an option.

Chahal's story not only shows how a 16-year-old immigrant overcame discrimination and adversity to fulfill his highest ambitions, but also provides aspiring entrepreneurs with valuable hands-on advice on how to achieve success.

Here's an excerpt from the Daily Beast's story:

Racial Slurs in the Office

The alleged attack wasn’t the first incident Al-Ansari recorded, he claims. According to Al-Ansari’s suit, Chahal frequently called black people “n—rs.” Al-Ansari’s lawsuit includes a transcript of a recording Al-Ansari allegedly made of one such exchange.

“We’re diverting into n—r topics,” Chahal is quoted as saying.

“You need to stop,” another man on the recording said, “drop the the n-word.” “I’m not going to stop the n-word. Dude, do you want me to go ahead and say n—r, n—r, n—r?” Chahal asked. The other man said he didn’t like the term. “I don’t give a fuck. Martin Luther King might not like that, but he’s a n—r, too,” Chahal allegedly said.

Chahal allegedly told Al-Ansari to “avoid hiring n—rs” and claimed that another employee would have been promoted “if he wasn’t a n—r.” Chahal allegedly described President Barack Obama and Oprah Winfrey as “n—rs” and accused Al-Ansari of being a “n—r lover” when he protested the term.

“If he was displeased with an employee he would claim that they ‘pulled a n—r move,’” Al-Ansari’s suit alleges.

Chahal also allegedly called bankers “Jew n—rs,” blaming them for his failures, particularly for his inability to get more credit from banks. Chahal even lobbed the insult at his small dog when it angered him, Al-Ansari alleges.

Al-Ansari and Khraibut, both of whom are of Arab descent, accuse Chahal of calling them “terrorists” or “ISIS.”

Ironically, Chahal started a nonprofit called the Chahal Foundation to raise awareness of hate crimes, but tax records from 2013 to 2015 (the only years publicly available) show the foundation spent no money on grants or donations during those years—but did keep approximately half a million dollars in its coffers.

Chahal is a Sikh, and his Chahal Foundation was founded after the Sikh Temple shooting in 2012—one of the rare hate crimes committed by a white guy—see Violence against Sikh immigrants is, of course, wrong, and mostly not committed by whites—see Michelle Obama And Anti-Sikh Violence—Does She Realize She’s Actually Denouncing Her Own People?,  also from 2012. (It's possible Chahal or one of his relatives had been on the receiving end of violence by Americans of African descent—most "Anti-Sikh Violence" is actually the murders of small storekeepers by "youths.")

Or you could ask Mr. Chahal's employees and ex-girlfriends. However, none of this should be really surprising—misogyny is part of the culture of the Punjab, and so is racism. It's American whites who have higher standards about these things.