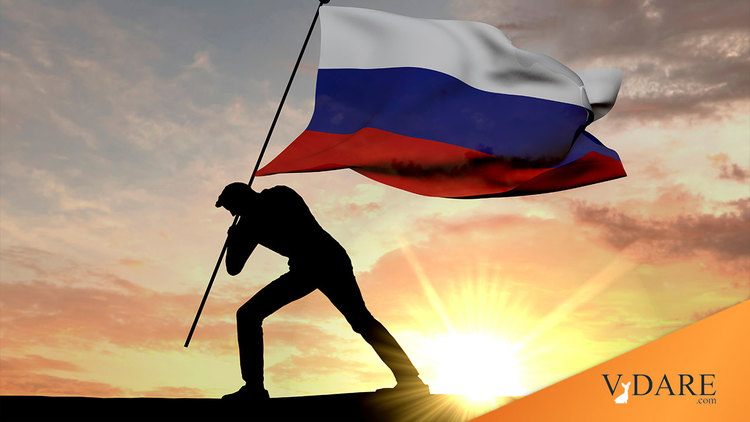 Sailer In Taki's Mag: Is The Age Of Conquest Still Over?

An End to Conquering
Steve Sailer

The success of Ukraine’s surprise northeastern offensive suggests a fundamental problem for the invaders: When it comes to seizing and holding land in Ukraine, the average Russian soldier’s heart just isn’t in it.

But why should it be? After all, unlike Patrick Swayze’s guerrilla in Red Dawn, the poor Russian doesn’t live there.

That the modern male is less interested in conquest than his progenitors were seems like a general pattern. Men will still fight bravely for their homelands or for what they see as a good cause, but less so to raise their flag over their neighbor’s fields.

I’ve been arguing for most of this century that the age of wars of conquest is drawing to a close. Why? In recent generations, the payoff from militarily subjugating foreign lands has been typically less than the cost.

Therefore, I had assumed that Vladimir Putin’s cold-blooded rationality would cause him to stop short of starting a major war. So, I felt pretty stupid back on Feb. 24, 2022.