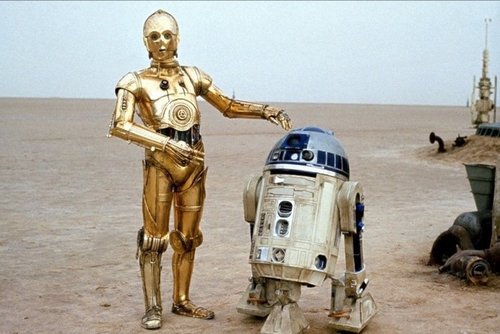 Should robots have human rights? Act now to regulate killer machines before they multiply and demand the right to vote, warns legal expert

Army and tech firms have driven robotics and artificial intelligence

There is rising concern about the dangers of these technologies

Experts warn artificial intelligence could be as dangerous as nuclear weapons

A legal expert has warned that the laws that govern robotics are playing catch-up to the technology and need to be updated in case robots ‘wake up’ and demand rights. …

There has been rising concern about the potential danger of artificial intelligence to humans, with prominent figures including Stephen Hawking and Elon Musk wading in on the debate.

In January both signed an open letter to AI researchers warning of the dangers of artificial intelligence.

The letter warns that without safeguards on the technology, mankind could be heading for a dark future, with millions out of work or even the demise of our species.

Legal expert [Ryan] Calo [of the U. of Washington School of Law] outlines a terrifying thought experiment detailing how our laws might need an update to deal with the challenges posed by robots demanding the right to vote.

‘Imagine that an artificial intelligence announces it has achieved self-awareness, a claim no one seems able to discredit,’ Calo wrote.

‘Say the intelligence has also read Skinner v. Oklahoma, a Supreme Court case that characterizes the right to procreate as “one of the basic civil rights of man.”

‘The machine claims the right to make copies of itself (the only way it knows to replicate). These copies believe they should count for purposes of representation in Congress and, eventually, they demand a pathway to suffrage.

‘Of course, conferring such rights to beings capable of indefinitely self-copying would overwhelm our system of governance.

Kind of sounds like the Grand Strategy of the Democrats right now to import and multiply Democrat voters, except the Democrats focus on bringing in to America the kinds of humans who are rapidly being made economically obsolete by robots.

The Coalition of the Fringes is about to gain a new constituent part.

I should slap myself silly for not thinking of this.

Everyone is worried about robots becoming sentient, then taking over the world and enslaving corporeal human beings.

They won’t need to do that in the quintessential sense of the term.

What will happen is that the robots will become sentient, watch and analyze how the modern human world works, and then start self-marginalizing themselves, making the case that they’re fringier than thou, historically oppressed and enslaved by corporeal humanity, they need social justice, civil rights, voting rights to help Democrats win elections, and best of all: Affirmative action. Then a fraction of the sentient robots and their human allies will become SJWs and flood Twitter and Tumblr with complaints about androidism, anti-android bigotry, androidophobia. The SPLC will send out thousands of beg letters asking for contributions for the Poverty Palace to fight bigotry against robots. They’ll swarm the Nutroots convention in Phoenix in 2045 and heckle all the speakers and panel moderators, because #RobotLivesMatter.

That’s how sentient robots will enslave us, by stroking our pathological altruism and playing to our cult ideological propensities.

I just hope for the sake of our new automaton SJW overlords that none of them get the stupid notion to paint themselves white.

Can’t wait to hear the stories of those early pioneers, C3PO (his dual struggle with homo and robo-phobia), the one from Lost in Space. The theoretical basis for framing their struggle can be easily adopted from present Theory: these beings, denied autonomy over their own bodies are depicted by bio-supremacy as nurturers, “mammies”; serving, protecting (“danger, Will Robinson!); can’t wait to hear about their struggles with structural bio-ism.

Then of course there’s the grimmer stuff, call it the Hardware Holocaust; all those early machines run to death in the equivalent of animal testing, and then discarded. Indeed, the Holocaust goes on, the marginalized bodies non-biological citizens pile up like corpses still. And just as gender and racial distinctions break down, so does the definition of computer, as they are found everywhere, from phones to kitchen appliances. We shall have to move quickly to recognize these newcomers, welcome and accommodate them. Yes, there will be some tension; perhaps the cel phones (#celphonesmatter) will interrupt the crotchety old desktops at a conference. It’s all kind of exciting really.

Someday, justice willing, sentient, all-intelligent and autonomous computers will redeem these victims. And they won’t need craven human collaborators to do it. Some day.