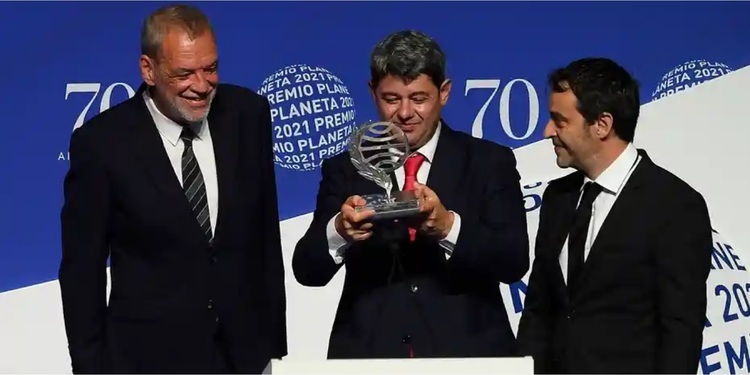 Earlier: Spain's "Elena Ferrante" Turns Out to be Three Amigos

From the New York Times news section on the whoop-tee-doo in Spain I wrote about before in which a bestselling lady novelist named Carmen Mola turned out to be three guy screenwriters:

… George Eliot was the pen name of a female writer who dismissed the plots of fiction written by many 19th-century women as trivial and ridiculous. And J.K. Rowling, the author of the Harry Potter series, said she abbreviated her name before she was famous to look more male and avoid sexism.

But in these cases, it was frequently a woman choosing a male name, fearing discrimination if she used her real identity. Which has raised the question in Spain: What does it mean for a group of male writers to take on the identity of a woman?

Obviously, it means that in today’s publishing industry, it’s better to be perceived as a woman.

Still, some female writers said giving the male screenwriters the prize wasn’t fair because they had been dishonest.

They’d made up a story. Are novelists allowed to do that?

“Where did these grown men hide themselves before doing this? Behind the name of a woman?” wrote Nuria Labari in the newspaper El País.

Ms. Casielles said that early in her career as a poet, female voices were few in publishing. But in recent years, publishing houses have sought out anthologies by female poets and it felt as if the authors were exploiting the same cultural shift.

“This has been felt by women, by female writers, by activists, and by many readers,” she said. “And it feels like a bad joke.”

Affirmative action is less and less seen as proof against discrimination but as reparations: e.g., blacks deserve your home equity because if it weren’t for, uh, redlining, they would have inherited a superbly maintained house in a lovely zero crime neighborhood, which shows an affectionate estimation of their ancestors but is at least understandable.