Is This Century's Greatest Woman Novelist A Man?

Probably the most internationally prestigious female author of the 21st century is Elena Ferrante, who writes novels about girls growing up in Naples. But Ferrante is a pen name, and the identity of the writer or writers behind the pseudonym have never been announced.

Have Italian Scholars Figured Out the Identity of Elena Ferrante?

When Claudio Gatti published an investigation into Elena Ferrante’s identity, a few years ago, he raised an outcry both in Italy and abroad. He had pried into the author’s privacy, violated her right to remain anonymous. It was unfair, it was irrelevant, we didn’t want to know.

Didn’t we? Yes and no. There was one conclusion that mattered in Gatti’s article: the person writing Ferrante’s novels was the translator Anita Raja, a woman.

Gatti showed, among other things, that Ms. Raja and her husband, Italian literary lion Domenico Starnone, had bought a very nice apartment for themselves after the Elena Ferrante royalties began to pour in.

That’s kind of like doxxing, so I’m not sure if I approve.

That was a relief. If you haven’t experienced firsthand how sexist Italian academics and journalists can be, it might be difficult to imagine how important Ferrante’s gender has been for all of us studying her work over the years. Before My Brilliant Friend was even published, there were rumors that Ferrante’s work had been authored by a man, and they intensified after the success of the Neapolitan Novels in the United States. I remember my advisor telling me about these speculations when I started working on Ferrante in 2015; we both scoffed at the misogyny that that kind of gossip implied, feeling like we were on the trenches of a mini culture war.

So when I first stumbled on a series of scholarly articles that, through stylometric analysis, identified Elena Ferrante as the Italian novelist Domenico Starnone (Anita Raja’s husband), I was not ready to lay down my weapons. At that time, I hadn’t read any of Starnone’s novels. I knew that he was a prolific author, that he had written about high school, and that his long, semi-autobiographical novel about his youth in Naples, Via Gemito, had won the prestigious Premio Strega. But I didn’t really care about him. When confronted with the idea that he might be the author of my beloved Neapolitan Novels, my first impulse was to push that information aside, not talk about it, and not think about it too much, either.

I was hardly alone. Although the first of those stylometric articles, by Arjuna Tuzzi and Michele A Cortelazzo, came out in 2018—just at the moment when international publications on Ferrante were multiplying exponentially—it was hardly ever cited outside the field of digital humanities. On the rare occasion that it was mentioned, it was quickly dismissed: addressing the problem of Ferrante’s identity, it appears, is quite detrimental to any serious analysis of her writing for some scholars.

For someone interested, like I am, in the cultural history of our present, the creation of Elena Ferrante is a remarkable case study.

It is good practice among Ferrante scholars to declare that whatever her gender, what counts is that she chose to adopt a woman’s persona. But the fact remains that critics frequently (though reproachfully) cite Gatti when they want to discuss Anita Raja’s ideas about translation in relation to Ferrante, while they carefully ignore Tuzzi, Cortellazzo, Jacques Savoy, and the other nine scholars who confirmed that Ferrante’s and Starnone’s styles are often indistinguishable. Rachel Donadio was the only one who attempted (fruitfully) to put Ferrante’s and Starnone’s novels in conversation, but she did so in the pages of the The Atlantic and the The New York Times: the same comparison is very much a taboo in academia.

Let’s start from the beginning, then, and see what picture of Ferrante those articles allow us to trace. First of all, it’s useful to know that Tuzzi and Cortellazzo put together a large corpus for their analyses: 150 novels by 40 contemporary Italian novelists, balanced by gender and regional provenance. This body of texts was then used by a group of international experts who participated in a summer workshop at the University of Padova in 2017. They worked independently and with different methodological approaches but reached similar conclusions (the workshop proceedings are published here by the Padova University Press). While earlier investigations, like this one from 2006, relied on a simple comparison between Starnone and Ferrante, these scholars used less arbitrary methods. Georgios Mikros from Athens University, for example, used the textual corpus to train a machine-learning algorithm to profile authors (that is, identify their gender, age, and provenance) with a high degree of accuracy. This algorithm concluded that the person behind Elena Ferrante was a male over 60 years old from the region of Campania.

And that aging Neapolitan man looks suspiciously like Domenico Starnone: in Maciej Eder’s and Jan Rybicki’s visual representation of the corpus, Ferrante’s and Starnone’s novels occupy the same marginal spot, distant from the larger network of texts and connected to them only by Starnone’s first three novels, which were written between 1987 and 1991. In other words, both Starnone and Ferrante are highly original authors, different from every other Italian writer but very close to each other. 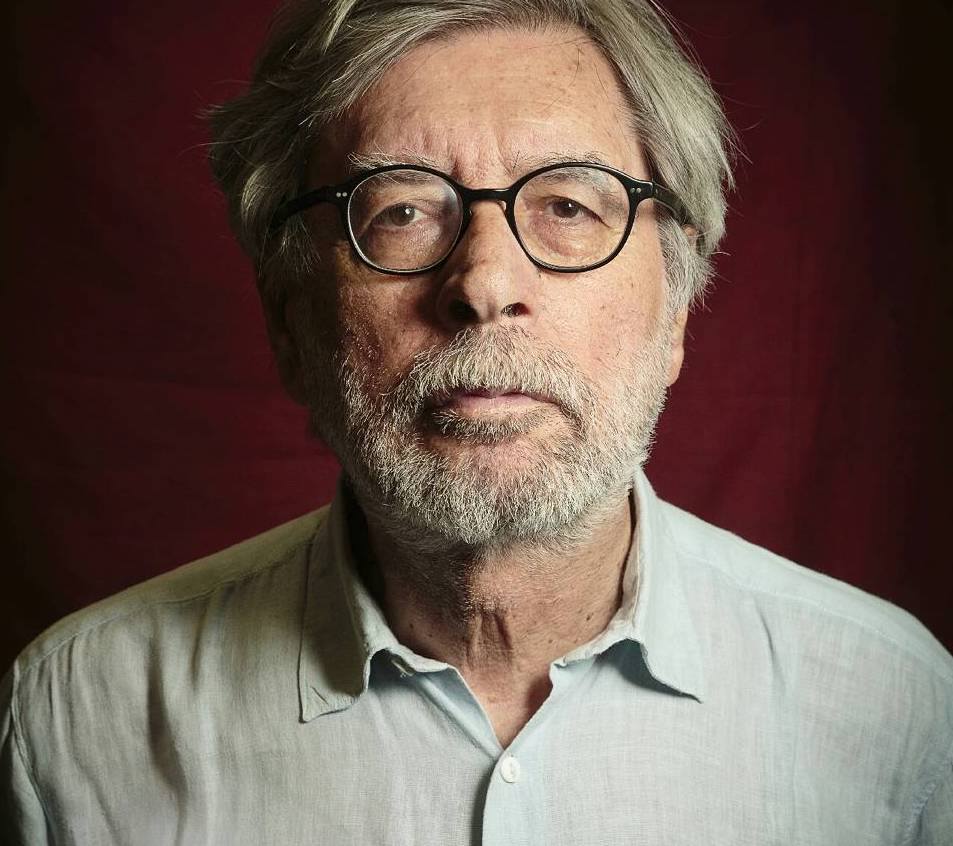 And she lists several more ways that digital literary analysts have piled up evidence linking Ferrante with the well-known male writer.

This suggests that in the future, even pseudonymous dissidents who are careful about op sec are in danger of getting doxed by techniques invented by digital literary scholars for artistic questions like this. As far back as the early 1990s, quantitative stylometric analysis suggested that the anonymous author of the bestselling roman à clef about the Clintons, Primary Colors, was Time political reporter Joe Klein, which Klein eventually admitted to be true.

At present, it still seems like a lot of skilled work to crack pseudonymous identities this way, but in the future, who knows?

… This data can be interpreted in different ways. At the beginning, it seems clear that Starnone is using Ferrante’s name when he wants to adopt a female first-person narrator, without worrying about changing his distinctive voice. Later, he might have worked towards a more marked differentiation of the two styles—or something else might have happened. Maybe a collaboration with Raja. One author, Rybicki, who had previous experience analyzing a couple’s writing efforts, doesn’t exclude that possibility.

If you assume the wife is The Author, then it’s only natural to wonder how much help she got from her talented husband, the well-regarded novelist?

But if you assume the husband is The Author, then it’s only natural to wonder how much help he got from his skilled wife, the professional translator?

Maybe the husband always enjoyed help with his novels from his wife. Maybe the wife copy-edited her husband’s early novels into their current style, the way editor Gordon Lish edited short-story author Raymond Carver into his famous style?

There are a lot of possibilities.

For example, in the Coen Brother’s 1941 Hollywood movie Barton Fink, the William Faulkner character (John Mahoney) is picking up paychecks as a screenwriter but is usually roaring drunk by mid-day. Yet his devoted secretary/mistress (Judy Davis) keeps turning in the required number of pages by 5 pm. Eventually she admits to Barton (John Turturro) that she wrote the great man’s last two novels.

The vast majority of novels are attributed to just one writer, but more dialogue-heavy writing like screenplays and plays often are attributed to two. Larry Niven and Jerry Pournelle wrote many sci-fi novels independently, but their biggest successes were joint efforts.

In real life, he-man writer-director John Huston’s career was increasingly facilitated by the screenwriting skills of his secretary Gladys Hill, She eventually earned an Oscar nomination for co-writing The Man Who Would Be King with Huston.

… Starnone’s choice of writing as a man for a prestigious publisher and as a woman for a marginal one was consistent with the structure of the male-dominated Italian literary space.

I’m not suggesting that the invention of Elena Ferrante was only a shrewd editorial enterprise. A female pen name might have been a way to avoid criticism …

So, unless you are the late Umberto Eco, it’s hard for an Italian man to make it big as a novelist in America, because American men don’t read novels, much as the literary establishment isn’t very interested in trying to lure back male readers. So, brand diversification is smart: write as yourself in macho Italy and write under a female pen name in feminized America.