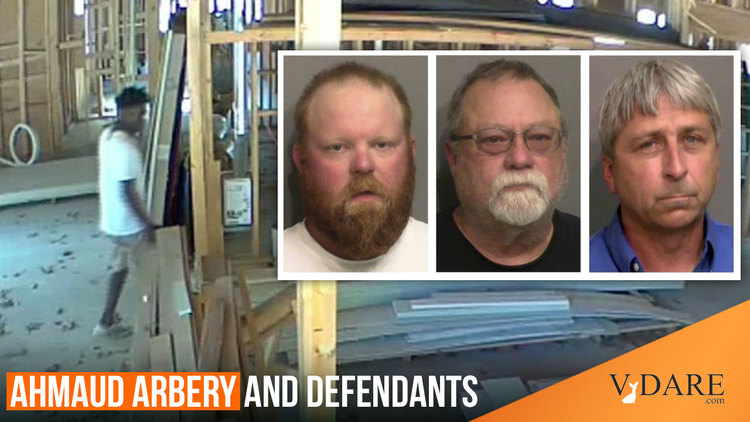 Earlier: The Dominique Strauss-Kahn Scandal: Overkilling The Mockingbird, In The Heat Of The Night, By The Green Mile

After the Goodwhite-Badwhite drama of the Rittenhouse trial, the next narrative illustrated in the week's news is the most enduring, most cherished of all American narratives, the one dearest to our nation's heart, celebrated in song and story for decades now: the narrative of Mean Lynching Crackers.

This is the narrative of crackers—which is to say, low-class whites, Southern for preference—hunting down and killing harmless, fearful blacks. It is a key component of what I have elsewhere called the romance of American blackness. 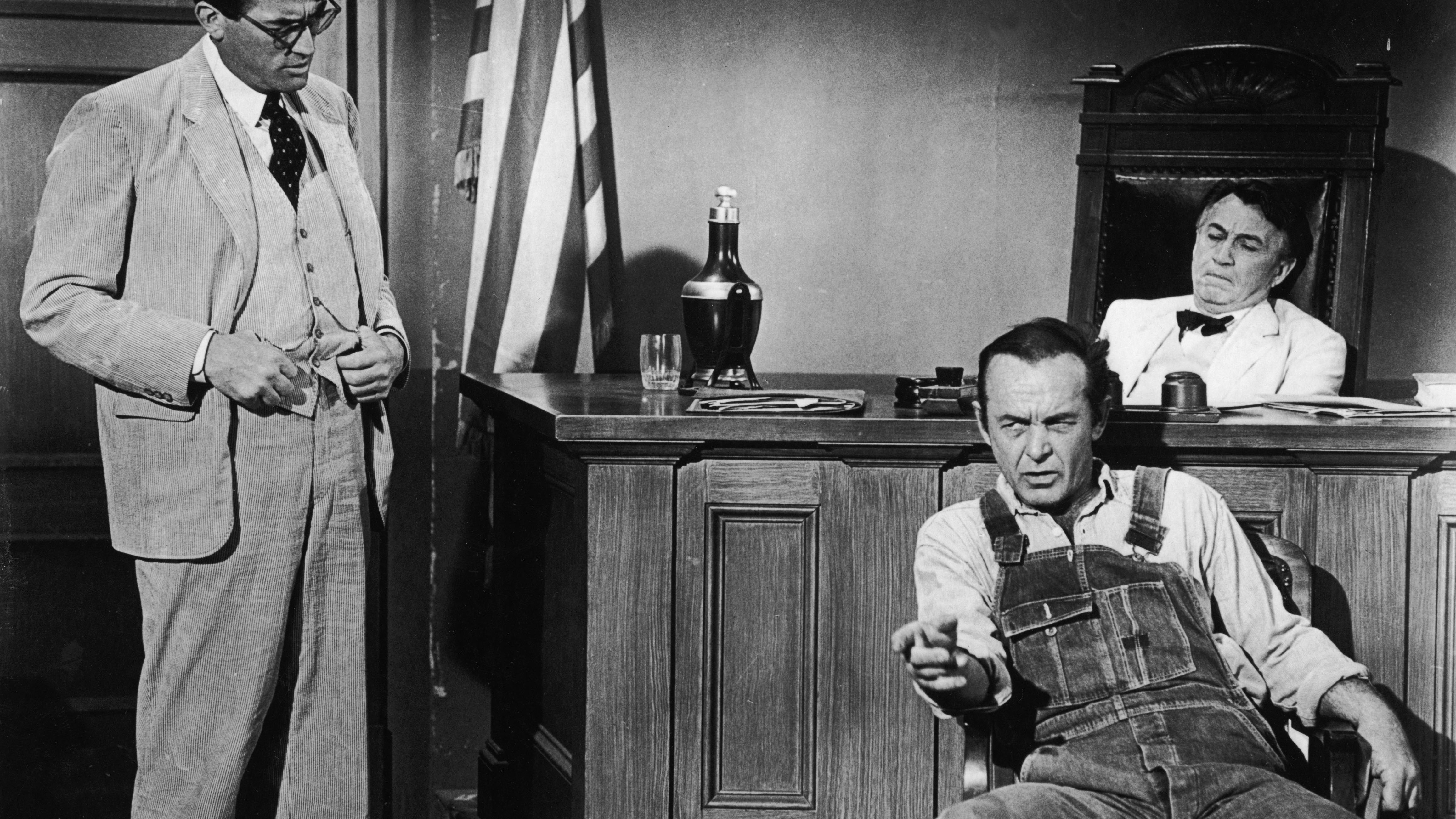 Pictured: Alabaman James Anderson as the (fictional!) Bob Ewell in To Kill A Mockingbird

The Arbery trial under way in Brunswick, Georgia is a perfect fit for this narrative. The defendants are three working-class white men in, of course, Georgia, the beating heart of crackerdom, for whose inhabitants the modern usage of the word "cracker" was in fact coined.

Arbery, the person they killed, was black and unarmed, so the crackers hunted him down and killed him from sheer racial malice. That's the narrative.

The actual events were more complex. The defendants believed, on circumstantial but reasonable evidence, that Arbery was responsible for some recent petty thefts in the neighborhood. They were attempting a citizens' arrest, which was lawful in Georgia at the time. Two of them, the father and son McMichaels, had law-enforcement training, and attempted to apprehend Arbery using proper protocols, to hold him until police arrived.

Arbery had very excellent reasons to not want to hang around waiting for the cops. He had felony convictions, was on probation, and had both been taking illegal drugs he should not have been and failing to take legal drugs he should have been, drugs to control violent and aggressive behavior.

Arbery thereupon attacked Travis, the foremost McMichael—a seriously dumb thing to do, as McMichael was pointing a shotgun at him. The result, as mathematicians say, followed.

So this was Trayvon Martin and Michael Brown all over again. A few words of life advice from white America to black America: We understand how much you hate us, but for the sake of your own actuarial prospects, please try to restrain yourself from attacking us WHEN WE ARE POINTING A LOADED GUN AT YOU. You're welcome.

So the question hanging over the Arbery trial is: Can it be kept within the narrative, the narrative of mean, ignorant, gap-toothed rednecks hunting blacks for sport? If it can, then it's just a show trial, run by the Goodwhite establishment to terrorize and humiliate Badwhites.

On the other hand, if too much reality leaks out into the courtroom, there might be an instance of narrative collapse, as there was with the George Zimmerman trial over the shooting of Trayvon Martin. We might get a hung jury, or even an acquittal.

That wouldn't be the end of the defendants' problems. Comrade Garland's Justice Department already has them lined up for a trial on charges of violating Arbery's civil rights.

And please note that this is not double jeopardy. The defendants are not being tried twice for the same offense, contrary to centuries of settled law. Absolutely not! Definitely not! That is a total misunderstanding of modern jurisprudence! Shame on you for even thinking it's double jeopardy!