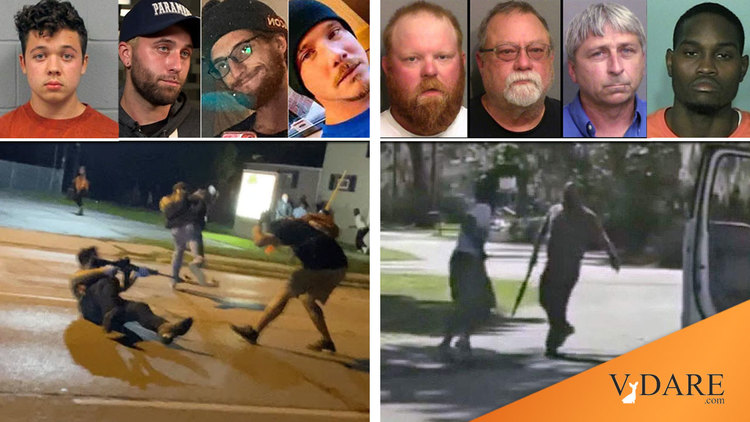 This Month's Trials Of The Century: Don't Try To Grab The Gun

I watch Court TV so you don’t have to. The present repertoire consist of two cases presented as complex trials of the century. They are not. Both the trial of the three Georgia crackers for the death of Ahmaud Arbery and the trial of Kyle Rittenhouse for 2.5 deaths in Kenosha amount to this: moron tries to take gun from person pointing gun at him, and moron dies. The only non-dog-bites-man aspect of either case is that one moron in the Rittenhouse case sounds like he’s Jewish, a group that usually does not produce morons.

In any case, government has charged the surviving non-morons with first degree murder, when both cases basically represent suicide by moron. Media wing of Media-Democrat Party pretends charges are legitimate, or at least plausible.

Perhaps if Media wing of Media-Democrat Party told people what both cases really were about, fewer morons would try to commit suicide by taking guns from people pointing guns at them.

As Steve Martin once said, “Nah.”