The latest illegal alien horror is one of a series of preventable crimes in sanctuary cities that liberal communities allow to happen because they would rather protect law-breaking foreigners than innocent American citizens. Such is the twisted virtue of liberals.

Jesse Watters gave a brief rundown of the crime details from Portland:

JESSE WATTERS: The vicious consequences of illegal immigration — that is the subject of tonight’s Watters’ Word. Viewer warning: what I’m about to tell you is highly disturbing and will make you angry. Thirty-one-year-old Mexican national Sergio Jose Martinez has been on a path of destruction in Portland, Oregon, a notorious sanctuary city.

Martinez has been arrested 13 times since 2008 in Oregon alone. His rap sheet includes car theft, hit-and-run, criminal trespassing, meth possession, reckless endangerment, burglary and shoplifting. He has criminal convictions in California too, including burglary, battery, theft and obstructing a police officer. The man is described as a transient with a daily meth habit. He has been deported — you ready? — 20 times with at least five probation violations from re-entering.

Despite a rap sheet this troubling, Martinez was still waltzing around Northeast Portland on July 24th. This is when his latest crime spree began. Here are the sickening allegations: Martinez, armed with a knife, entered a woman’s home through an open window, used scarves and socks to blindfold her, gag her and tie her up before sexually assaulting her, punching her and slamming her head into the wood floor.

Martinez then stole her car in search of a new victim. Then he waited in a dark corner of a parking garage as a woman approached. He threatened to kill her and forced her into her car at knifepoint. The woman tried to escape, but he tackled her and slammed her head into the ground. Once she screamed, Martinez ran, and was caught by police, carrying a knife and stolen items from both victims.

Martinez was high on meth at the time of the attacks he’s been charged with 13 felonies including burglary, sodomy, sexual abuse, robbery and unlawful use of a motor vehicle. He remains in jail with bail set at more than two million dollars.

So apparently authorities in Portland Oregon and Multnomah county have no problem protecting monsters like this. The sheriff and the Portland mayor should explain to the victims faces why Martinez was roaming the streets. This is exactly why sanctuary city should be defunded and Kate’s Law should be the law of the land.

The Daily Mail has a thorough report on the crime (Illegal Mexican immigrant, 31, who was deported TWENTY times ‘rapes woman, 65, at knife-point’ just months after Portland released him from jail under ‘sanctuary’ policy) that helpfully included a photo of the victim’s street:

Even living on a pleasant, tree-lined street is no guarantee of safety in sanctuary city Portland, where serial foreign criminals are allowed to run free.

Finally, here’s the accused Mexican, Sergio Jose Martinez — can we get a real prosecutor for this case in Portland? 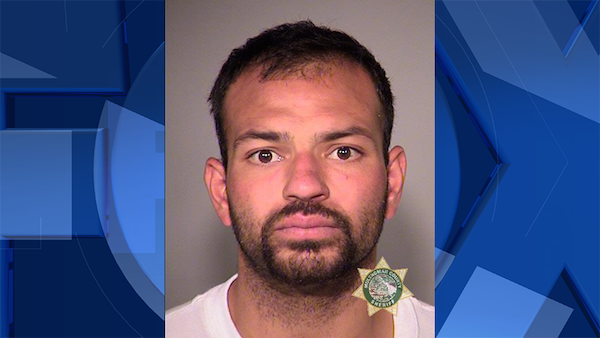