In the video below, an Iranian woman tells how she is afraid that her new country is becoming very much like the one she escaped. She asks whether the old refugees are no longer good enough and must be traded in for new ones.

When Merkel invited Syrian refugees to Germany, moochers from Afghanistan to Zimbabwe showed up looking for a handout. 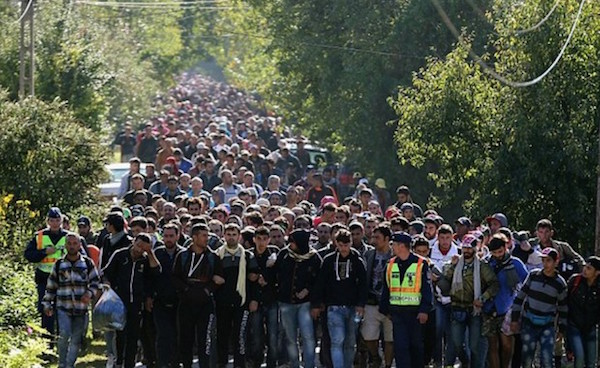 Dear Frau Merkel, I have questions, and I hope you have the answers to them. Many have warned that with Islam, terror will come to Germany, and that the people who come here, who are let into the country uncontrolled by you, will bring their wars from their home countries with them, and that they will in just as uncontrolled a way attack each other here in Germany as they do back home.

And today I am a mother myself. Today, day by day I fight against the fear that my daughter, that any of our children, may become witness of what I experienced, what happened in my childhood. Thirty-one years ago Germany offered me protection. I had packed away everything, and I was of the opinion that it was all behind me. I have built a new life for myself.

And now, the exact same thing creeps up on us here in Germany as what happened in Iran almost years ago. The country is being Islamized; our freedoms are being limited; freedom of opinion doesn’t even exist anymore, anyway. Freedom of speech? It’s fake. All that’s left of it is the name. And I cannot depend on our democracy anymore, either. Of that, too, all that’s left is its name. I do not know what the reason the German government has for destroying their own country, and abandoning all regard and consideration for their own culture.

We constantly hear “refugees welcome”, but what about us? What about those refugees that found their way to Germany many years ago, and built a new life for themselves? Are we not good enough for you anymore? Are we being traded in like pieces of furniture that you don’t like anymore, for new refugees? Are our lives again being put in danger because new refugees are now coming? Not unlike the way in which an Islamic man just exchanges his wife for another, a younger wife that he’s more interested in? Are we not humans? Are Germans not humans? Don’t they have any rights anymore?