Physicist Luis Alvarez: The Anglo As Identity-Politics Hero For Hispanics

Recently in a VDARE.com blog post, Steve Sailer speculated about luminaries who might warrant being included in a National Garden of American Heroes, proposed by President Trump.  Here's one of Steve's suggestions:

For Hispanic American heroes, how about the Alvarezes, father and son,[pictured above] who figured out what killed the dinosaurs? You want monuments that kids can get into, and the scientists who figured out that a comet wiped out the dinosaurs is guaranteed to appeal to children. 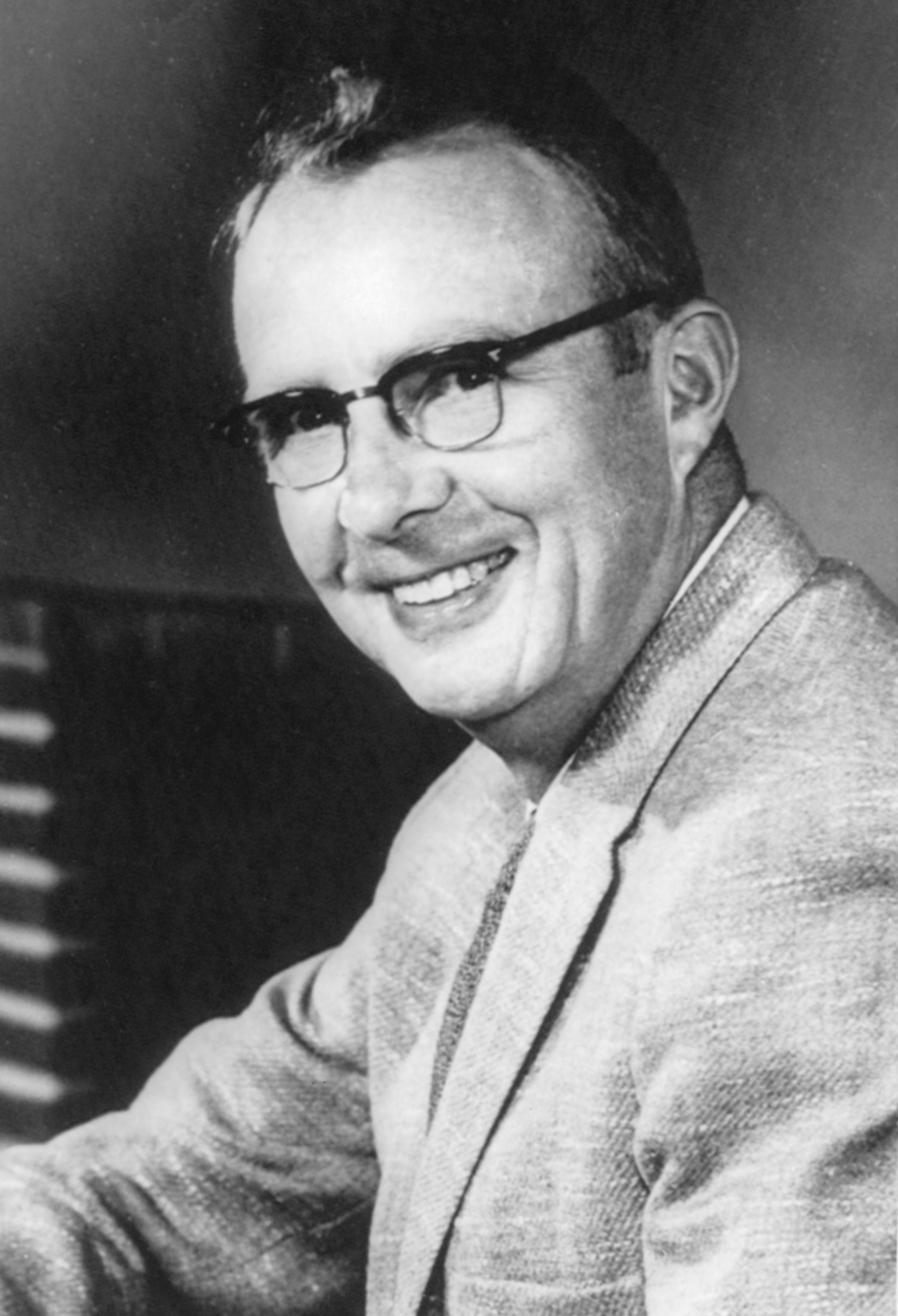 The father and son are, respectively, Physics Nobel Laureate (1968) Luis W. Alvarez and geologist Walter Alvarez.  And here are the first two sentences from Luis [pronounced like "Louie"] Alvarez's 1987 autobiography Alvarez—Adventures of a Physicist:

People have sometimes been surprised that a tall, ruddy blond should bear the name Luis Alvarez.  Although my paternal grandfather was born in northern Spain, my mother's father came from Ireland.

His mother had grown up in China, daughter of American missionaries.  His Harvard-trained father was a prominent physician in San Francisco, whose summer breaks involved multi-week hikes on the Muir Trail in the Sierra Nevada, an outing that included Luis when he was 12.  (These details are taken from the cited autobiography.)

In his highly productive career as an experimental physicist, Luis was effectively "establishment" all the way: Undergrad and grad student at the University of Chicago under the tutelage of Physics Nobelist Arthur Compton, protege at the University of California - Berkeley of Physics Nobelist-to-be Ernest O. Lawrence, colleague on the wartime Manhattan Project at Los Alamos of chemist George Kistiakowsky and polymath Physics Nobelist Enrico Fermi, and postwar leader of a particle-physics research group at Berkeley, en route to his own Nobel.

And yet, as Steve Sailer proposed, in this era of identity-politics-uber-alles, the very Anglo-establishment physicist Luis Alvarez is likely regarded as one of their own by most ethnicity-focused Hispanic Americans who've heard of him.

How do I know?  That goes back three decades, to when I was a physics professor at New Mexico State University in approximately 50-percent-Hispanic Las Cruces.  A friend who was the physics teacher at Las Cruces High School taught an Advanced Placement [AP] course (along with several sections of the ordinary physics course).  One assignment for his AP students every year was to write a several-page biography of some famous physicist of their individual choice.  He told me that Alvarez was the subject of an overwhelming fraction of those papers!

So that was an early and relatively benign manifestation of the Western world's descent into identity politics, in this case the perverse notion that people need teachers "who look like them."

For a famous counterexample, consider Indian-born theoretical astrophysicist Subrahmanyan Chandrasekhar, who had a long, brilliant career at the University of Chicago.  In the 1940s, Chandra was based at the university's observatory in Williams Bay, Wisconsin—on the north shore of Lake Geneva—about 100 miles from the main campus in Chicago's Hyde Park neighborhood.  Late in that decade he drove to Hyde Park each week to teach a course to Tsung-Dao Lee and Chen-Ning Yang, a pair of physics grad students from China.  And, as the story goes, that effort expended on a mere two students** paid off big-time: In 1957, the whole class won the Physics Nobel Prize for their work on parity non-conservation!  (Chandra himself went on to share in the 1983 Physics Nobel for his research on stellar structure and evolution.)