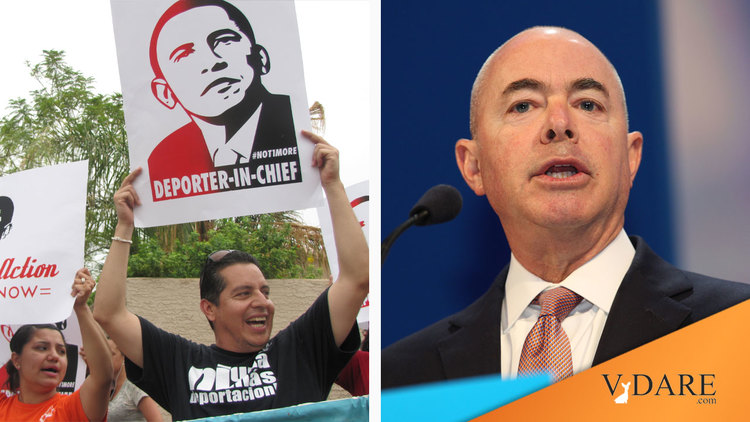 Last week, I was talking to a contractor who thought he would enlighten me about border security. "Do you know who was really good on border security?  The answer will surprise you."  It sure did when he said "Obama.  You know they called him the 'Deporter in Chief.'"  I couldn't believe it.  How many times do we have to burst this lie?

Without trying to be rude, I informed him about how Obama took a certain class of Voluntary Returns called Expedited Removals and filed them as deportations in order to make his numbers go up.  All of the increase was on paper, not in real life.  Of course, it was a little bit of a lengthy response.

There's a saying in politics that a bumper sticker is worth more than a well reasoned argument.  Obama even admitted the increase was a "little deceptive." Perhaps, we should have called him the "Deceiver in Chief" or the "Deceptor in Chief."

I fear that some otherwise hard working American will get home from work, flip on CNN or NBC, and see a headline that says Mayorkas insists border is closed  but not bother to question anything beyond that.  Those of us who follow immigration, or who actually tried to enforce the law know this is completely false.  Mayorkas is destroying border enforcement.  There are many good Agents who are still trying to enforce the law, but what can they do when Mayorkas does things like get rid of Title 42.