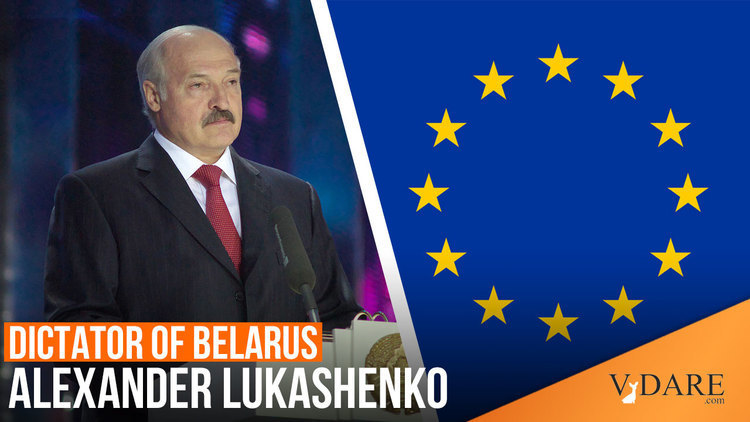 NYT: All Europe Has To Do To Keep From Being Pushed Around By Belarus Is Open Its Borders To Everybody

Europe has long paid other nations to keep refugees away from its borders. Now, Belarus wants something, too, and has brought migrants right to Europe’s door to get it.

In one sense, the border crisis between Poland and Belarus is a tit-for-tat geopolitical conflict in which refugees and migrants just happen to be the weapons.

But aren’t refugees and migrants the glorious future of Europe? How can they be used as weapons? Are you saying they are … undesirable?

Belarus, in May, forced down a civilian airliner to arrest a dissident on board. The European Union, as punishment, imposed economic sanctions on Belarus. Now, in apparent retaliation, Belarus is granting visas to thousands of Middle Easterners and driving them to the borders of Poland, Latvia and Lithuania, all E.U. member states. Those countries must then either process them — or allow them to freeze at the border, which has so far been their preference.

Geopolitical conflict is the framing that many E.U. officials are going with.

“This is a war in which civilians and media messages are the ammunition,” Poland’s prime minister, Mateusz Morawiecki, said in a statement.

But in another sense, this is just the latest iteration of a yearslong cycle that is more about migration than geopolitics or war. The European Union has made it clear for years that it will go to incredible lengths to prevent migrants and refugees from reaching its external borders.

Incredible lengths. It’s like people who go to the incredible length of locking their car doors to keep their stereo from being stolen and bums from sleeping in their car. It’s their own fault that they get their windows smashed. How dare they deny the human right to a free car stereo?

… But sometimes that system breaks down, either because the country on Europe’s periphery is no longer able to prevent refugees from reaching Europe (as when Libya’s government collapsed in 2011)

keep Africans from sailing toward Italy.

For Europeans to prevent foreigners from moving to their countries, passing through numerous intermediate countries, is considered morally deplorable, just as Jean Raspail predicted in 1973.