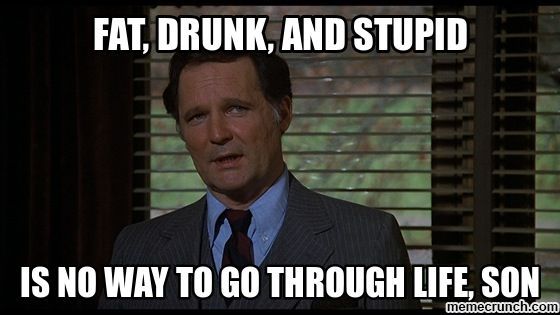 Fat, High, And Stupid Is The Way To Go Through The Marine Corps, Son, Daughter Or Whatever

Earlier: NEW YORK TIMES: "The Marines Reluctantly Let a Sikh Officer Wear a Turban. He Says It's Not Enough."

The Marine Corps is reinventing itself to reflect America, says top general
November 12, 20215:08 AM ET
Heard on Morning Edition

The Marine Corps, the smallest U.S. military force, has plans for a big overhaul designed to address its lack of diversity and problem with retaining troops.

The goal that’s driving what amounts to a cultural shift within the service, is for the Marines “to reflect America, to reflect the society we come from,” Gen. David Berger, commandant of the Marine Corps, said in an interview with NPR’s Morning Edition.

Have you looked at the society we come from lately?

It’s not a matter of being politically correct or “woke,” he said.

The core of America’s strength lies in its diversity, Berger said, adding that the same is true for the military.

“Our advantage militarily is on top of our shoulders,” he said. “It’s not actually our equipment. We are better than anybody else, primarily because we don’t all think exactly alike. We didn’t come from the same backgrounds.”

His new plan, titled Talent Management 2030, outlines measures the Corps will implement to boost recruitment and improve career flexibility. About 75% of troops leave the Marine Corps at the end of their four-year term, the highest turnover rate among the military services.

To compete in an age of cyber warfare and space-based weaponry, the Marines wants to shake its “manpower” model that historically prized youth, physical fitness and discipline over education, training and technical skills.

And that’s how they are going to get more diversity?

According to the new plan, the aim is to grow a corps that is “more intelligent, physically fit, cognitively mature, and experienced.”

… It will take time, he said, before the Marine Corps, senior leadership included, starts to look like America, due in part to the fact that the Marines didn’t open combat roles to women until 2016, the last military branch to do so. As of 2019, less than 10% of active duty Marines were female. The other services are in the 20 to 25% range.

“We are a purely combat force,” he says, a distinction that separates the service from others. “We were built under a different set of circumstances — but that is changing.”