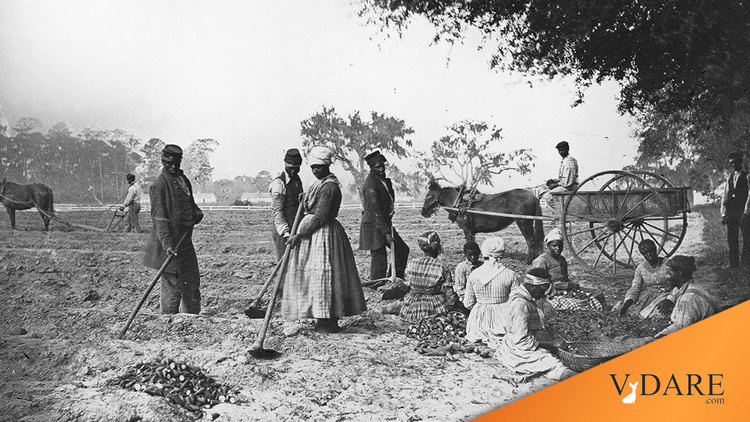 NYT Wants to Put African-Americans Back in the Cotton Fields

The New York Times finally finds a group of refugee guestworkers it doesn’t want in America:

Longtime field laborers in the Mississippi Delta said in a lawsuit that they were asked to train white guest workers from South Africa before losing their jobs to them.

INDIANOLA, Miss. — … Black families with deep connections to the Delta have historically been the ones to perform fieldwork. That began to change about a decade ago, when the first of dozens of young, white workers flew in from South Africa on special guest worker visas. Mr. Strong and his co-workers trained the men, who by last year were being lured across the globe with wages of more than $11 an hour, compared with the $7.25 an hour that Mr. Strong and other Black local workers were paid.

Growers brought in more South Africans with each passing year, and they are now employed at more than 100 farms across the Delta. Mr. Strong, 50, and several other longtime workers said they were told their services were no longer needed.

“I never did imagine that it would come to the point where they would be hiring foreigners, instead of people like me,” Mr. Strong said.

… The Delta is only one of a number of places where South Africans have been hired for agricultural work in recent years. While Mexicans accounted for the largest share of last year’s H-2A visas, or 197,908 of them, the second-largest number, 5,508, went to South Africans. Their numbers soared 441 percent between 2011 and 2020.

Garold Dungy, who until two years ago ran an agency that recruited foreign farmworkers, including for Pitt Farms, the operation that employed Mr. Strong and the other plaintiffs, said South Africans represented the bulk of his business. They are “the preferred group,” he said, because of their strong work ethic and fluency in English.

Under the program, growers can hire foreign workers for up to 10 months. They must pay them an hourly wage that is set by the Labor Department and varies from state to state, as well as their transportation and housing.