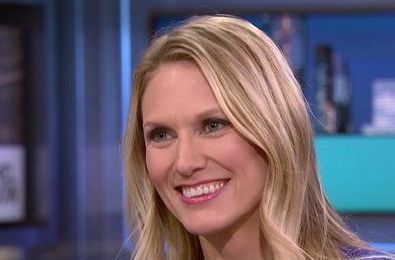 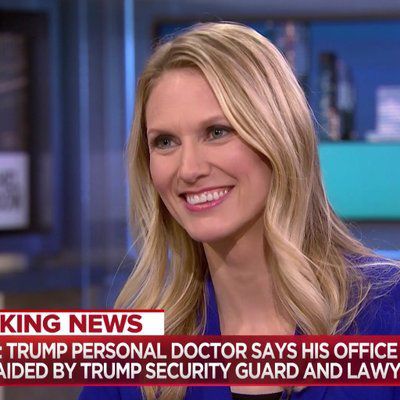 NBC News recently echo-chambered the template SHOCK! HORROR! Stephen-Miller-reads-American Renaissance-and-VDARE.com story. In this case, Jared Taylor and I struck back by email about the usual smears against us, Jared in more Southern-gentleman style than I (he's met co-author Anna Schecter, pictured,  and thinks she's a pretty woman, an argument that caused my young wife to roll her big brown eyes). Apparently because of Schechter's principled intervention with her editors, the piece was grudgingly amended in the following mean-spirited way (see underlining):

VDare and American Renaissance repeatedly push the “great replacement” and “white genocide” conspiracy theory, which posits that a shadowy group is attempting to eliminate white majorities in the United States through immigration and encouraging mixed-race families. In emails and phone calls with NBC News, the editors of American Renaissance and VDARE disputed the characterization they are white supremacists pushing a conspiracy theory about white genocide but did not deny they are fighting against immigration by non-whites and multiculturalism.

What this shows, of course, is that the Main Stream Media are lying swine determined to supress any criticism of the Left's drive to Elect A New People. And to do so, they will abandon any pretense of journalistic professionalism (nobody from NBC made any attempt to contact us) and exhibit flagrant and blatant malice.

Further evidence: this subsequent reportorial on something called NBC News/ Latino (where is NBC News/ American?): After Stephen Miller's white nationalist views outed, Latinos ask, 'where's the GOP outrage?' (By Suzanne Gamboa, December 7, 2019). Gamboa deliberately deprived her readers of the chance to check the sources that that Miller (not often enough!) cited, but wrote:

Miller cited and promoted white nationalist ideologies of white genocide, immigrants as criminals and eugenics, all of which were once considered fringe and extreme. White nationalists embrace white supremacist and white separatist views.

Note the conflation of "white nationalist," "white supremacist" and "white separatist." In other words, any expression of white identity—which until the disaster of the 1965 Immigration Act would have been described as "American identity"—is to be banned. Yet as American Renaissance pointed out in its devastating response:

This article appeared on NBC News Latino, and the author is Suzanne Gamboa. The title of the article is “After Stephen Miller’s white nationalist views outed, Latinos ask, ‘where’s the GOP outrage?’ ” It’s an article by a Hispanic, about Hispanics, for Hispanics, on NBC Latino. Miss Gamboa sees no irony in acting as if “white nationalism” were an impeachable offense.

I spent 40 years in the Main Stream Media, but even I am amazed by the hysteria that now seems to have overcome the trade. Given current Tech Totalitarianism, being called a "white nationalist," let alone a "white supremacist," has serious real-world consequences. Yet these slurs are published with an utter and reckless disregard for the truth.

This is why VDARE.com has been forced to begin its litigation campaign--not with hope, but because we are in what the Chinese military theorist Sun Tzu called "Death Ground"—where we fight or suffer complete extermination.

But regardless of what 2020 brings--Merry Christmas to all our readers!