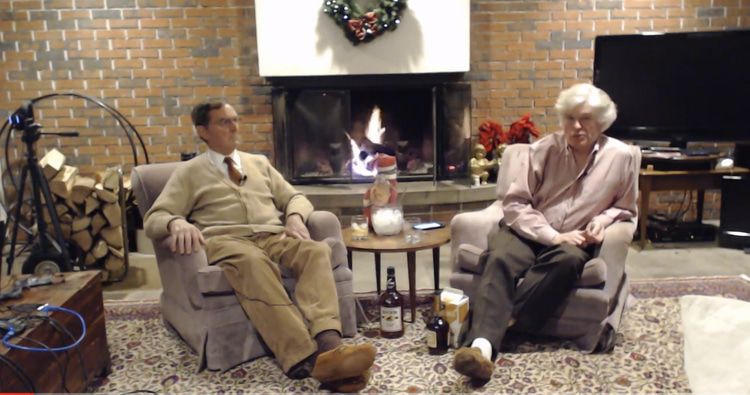 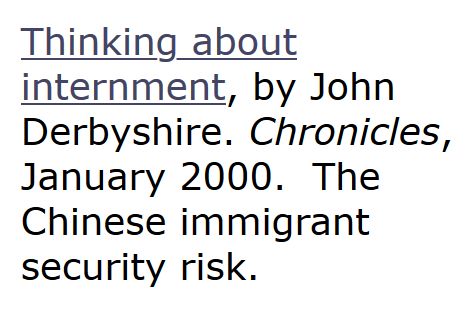 I'm not sure when I first became aware of VDARE.com. It must have been early on: My first post here is dated July 22nd 2000, when the website was just seven months old. (In the foreword to that piece, Peter Brimelow writes about having republished something I wrote for Chronicles in January 2000, but that referred to a link he posted on the front page of the site.)

From 2000 to 2008 I posted eleven times. However, I was a contributing editor at National Review in those years. After Bill Buckley's death in February 2008, Peter Brimelow, who had known Buckley well, posted an unflattering obituary notice. Word came down from the senior editors at National Review that VDARE.com was henceforth out of bounds to us.

That proscription lasted, so far as I was concerned, until April 2012, when National Review dropped me for racial heresy. VDARE.com did post two pieces of mine in the hiatus, but both were republishings of addresses I had given, one to Hans-Hermann Hoppe's Property and Freedom Society, one to CPAC. I suppose I must have given permission for these posts, but it was naughty of me to do so in defiance of NR.

My defenestration from NR came at a difficult time: I was midway through a course of chemotherapy. My other editors rallied round in a way that I still flush with gratitude to think of. Peter Brimelow made it plain that I was welcome to post again at any time, and helped me solicit for donations. Taki's Magazine took up production of my Radio Derb podcast, which National Review Online had been posting since 2004. I tried to express my gratitude to all my supporters in a post here at VDARE.com.

I followed that a few days later with another post in which I floated the term "Dissident Right" to describe the faction I now belonged to. Was that the first-ever usage of the phrase? Some of my friends think so, but I find it hard to believe. I have made some not-very-diligent efforts to research the matter, but without any conclusion.

And as I expressed at the time, I can't shake off the thought that it was mildly blasphemous of me to tag myself as a "dissident."

Dissidence is a very honorable estate, made so by the brave dissidents of the great totalitarian empires … The sensational courage and integrity of those dissidents from totalitarianism in fact gives me pause. There might, I mean, be something a bit impertinent in comparing our occasional inconveniences with the horrors that they, and often their families and friends, faced up to.

I have been a regular member of the VDARE.com family ever since. It's a privilege to have been so—to work with thoughtful, well-read people all dedicated, as I am, to peacefully opposing the many varieties of craziness, cupidity, folly, and error that, we believe, threaten to destroy the nation we love.

And at the heart of the VDARE.com family is an actual family: Peter, Lydia, and the children. Getting to know the Brimelows, being the recipient of their hospitality and of innumerable incidental kindnesses from them, entering as a guest into their busy, cheerful, useful lives, has been one of the great experiences of these past few years, second only to raising and cherishing my own family. I was not as surprised as I ought to have been when, getting back my DNA results last year, I learned that Peter and I are actually cousins.

All of us here believe we are doing something important, something our children and grandchildren will speak of with pride.

Our country, right or wrong. If right, to keep her right; if wrong, to put her right.

We can only do this with your support, though. Please help in any way you can: donate, publicize, link to us, quote us. Thank you!