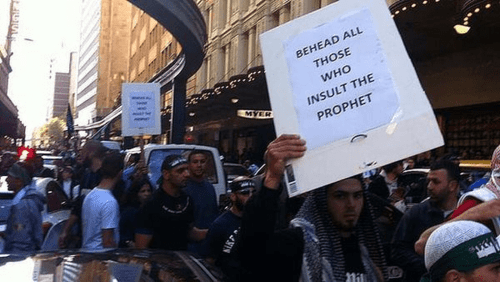 Steve Sailer’s interesting blog yesterday Trying to Gentrify a Jihadi Neighborhood: The Molenbeek Case Study recounted the dawning of reality about the unpleasantness of living with Muslim neighbors on War photographer Tuen Voeten

Over nine years, I witnessed as the neighborhood become increasingly intolerant. Alcohol became unavailable in most shops and supermarkets; I heard stories of fanatics at the Comte des Flandres metro station who pressured women to wear the veil; Islamic bookshops proliferated, and it became impossible to buy a decent newspaper... Nowhere was there a bar or café where white, black and brown people would mingle. Instead, I witnessed petty crime, aggression, and frustrated youths who spat at our girlfriends and called them “filthy whores.”

This is eerily similar to an account I reported in 2011: Australian Media Bigfoot Greg Sheridan Declares Against Muslim Immigration—Where Are U.S. Counterparts?

“…once I wholeheartedly supported multiculturalism, I now think it's a failure and the word should be abandoned”.

citing as a key reason

...living for nearly 15 years next door to Lakemba in Sydney's southwest, the most Muslim suburb in Australia. …in the nearly 15 years we lived there the suburb changed, and much for the worse.Three dynamics interacted in a noxious fashion: the growth of a macho, misogynist culture among young men that often found expression in extremely violent crime; a pervasive atmosphere of anti-social behaviour in the streets; and the simultaneous growth of Islamist extremism and jihadi culture…

The inflow of illegal immigrants...almost all Muslim, mostly unskilled, should be stopped.

Greg Sheridan is an important figure in his country’s media world, being long-time foreign editor of The Australian (“…the biggest-selling national newspaper”—Wikipedia)  and a long time advocate of Asian rather than European involvement for his country. This change of position must have been personally painful and unpopular among his peers.

The evidence is plentiful: allowing significant Muslim immigration into white countries is suicidal. Not least because as John Derbyshire pointed outs in Obama’s Agenda And The Treason of the Establishment there is a consistent pattern of the host country-born children of these immigrants becoming murderous Jihadis.

That a nation’s leaders would want to inflict this on their country has no respectable explanation.