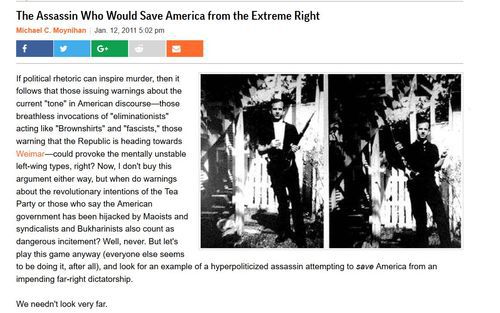 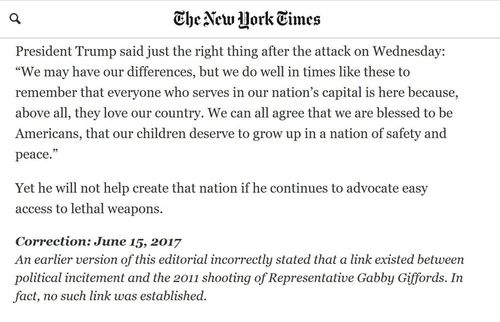 From Ed Driscoll blogging on Instapundit:

From Neo yesterday: Blaming the Right for Leftist Violence began with the JFK Assassination — the politics of reporting on left-wing violence against the right.

We've covered the lie about Giffords here, when the attack  happened in 2011 (Watching The Media`s Response Evolve In Real-Time and Never Let A Tragedy Go To Waste: Gabrielle Giffords, Jared Taylor And The Agenda Of The Left) and more recently, when Steve  Scalise was shot, and the press revived this libel,in one case saying "Though there’s no sign of incitement as direct as in the Giffords attack, liberals should of course hold themselves to the same standard of decency that they ask of the right."

We've also talked about how often the crime of Lee Harvey Oswald, the Communist gunman in Dallas, is blamed on the "extreme right". But Oswald, who defected to Russia because of his Communist beliefs, and only returned to America because his Russian wife preferred it, hated what he thought of as the "extreme right".

He not only murdered JFK, the anticommunist President of the United States, but before that, he had tried to murder General Edwin Walker,a man who was considered "far right" in 1963.

See Before He Murdered JFK, Lee Harvey Oswald Tried To Murder "Far-Right" Figure General Edwin Walker. Why? Demonization, That`s Why and The Assassin Who Would Save America From The Extreme Right, by Michael Moynihan, Reason, January 12, 2011, and The “Lone Gunman,” Race And Immigration—A Lot Of “Lone Gunmen” Out There, Who’s Egging Them On?