The New York Times Editorial Board expounds about today’s shooting of Republican Congressmen by a Trump-hating lefty:

Was this attack evidence of how vicious American politics has become? Probably. In 2011, when Jared Lee Loughner opened fire in a supermarket parking lot, grievously wounding Representative Gabby Giffords and killing six people, including a 9-year-old girl, the link to political incitement was clear. Before the shooting, Sarah Palin’s political action committee circulated a map of targeted electoral districts that put Ms. Giffords and 19 other Democrats under stylized cross hairs.

Conservatives and right-wing media were quick on Wednesday to demand forceful condemnation of hate speech and crimes by anti-Trump liberals. They’re right. Though there’s no sign of incitement as direct as in the Giffords attack, liberals should of course hold themselves to the same standard of decency that they ask of the right.

Jeez … talk about believing your own propaganda …

The paranoid schizophrenic guy who shot poor Rep. Giffords, who somehow has survived, was not motivated by Sarah Palin.

It’s worth noting that the NYT heavily invested in its obsession that the apolitical nut who hated Giffords for personal reasons was actually motivated by the Tea Party, Sarah Palin, and anti-immigrationism, returning to that disproven theme even a year after the shooting. In contrast, Mother Jones did a far better job of showing how normal ideological politics had virtually nothing to do with the maniac’s motivation, as I recount here.

By the way, here’s another lethal case of Trump Derangement Syndrome that got virtually no national coverage. From the Ithaca [N.Y.] Voice:

ITHACA, N.Y. — An Ithaca man accused of killing a UPS driver from Candor said in court Monday afternoon that not only did he believe he shot and killed Donald Trump, but that no evidence could be presented to him to suggest otherwise.

He told the court that he knew where president elect Donald Trump would be on Dec. 8 and waited in the Ithaca Walmart parking lot kill him.

“I went there to purposely shoot and kill him and put him down,” Barkley said. 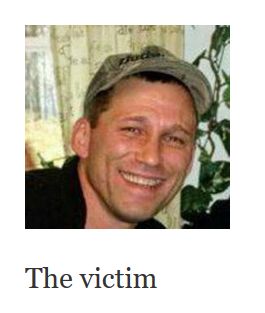 He told the court that he understood the difference between mistaking a person for being Trump and asserting that he actually killed Trump. When asked if any evidence could be presented to him to suggest he killed a different person, he said, “I would hope not.”

Behind him in court, victim William Schumacher’s family cried and shook as Barkley made his statements.