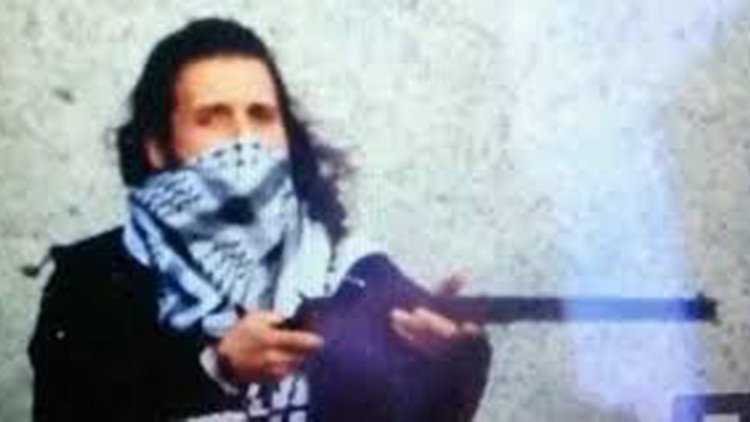 The Fulford File | The “Lone Gunman,” Race And Immigration—A Lot Of “Lone Gunmen” Out There, Who’s Egging Them On?

A recent Muslim shooting in Canada had the Canadian government announcing that it was the doing of a lone gunman:

The late Lee Harvey Oswald, who shot President John F. Kennedy on November 22, 1963, was perhaps the first to be called a “lone gunmen” in this sense. What the Warren Commission meant: Oswald had acted alone, and was not part of a conspiracy involving other Americans, or the Russian or Cuban secret services. (I believe this myself, but don’t want to discuss it here—there are message boards for people who like to argue about this kind of thing.)

What is not disputed, however, is Oswald’s ideology—he was a Marxist who had defected to Russia, and married a Russian girl before returning to the United States.

Both men were hated by the Communists and the pro-communist Left. To quote me: Before He Murdered JFK, Lee Harvey Oswald Tried To Murder “Far-Right” Figure General Edwin Walker. Why? Demonization, That's Why.

But Oswald wasn’t alone—thousands of Leftists shared his anti-American ideals. And there was, in fact, an International Communist Conspiracy, headed by the former Soviet Union, even if it did not authorize his shooting.

Professor Stephen Cox explained this last year in Kennedy and Communism (Liberty Magazine, November 22, 2013). He went on to say:

How does all this connect with Kennedy? The connection is that the person who shot him, Lee Harvey Oswald, was a communist activist.Oswald defected to the Soviet Union and upon returning to the United States became a professional defender of Castro. He denied being “a communist” but proclaimed himself “a Marxist.” He had his picture taken holding a gun in one hand and militant literature in another; his wife wrote “Hunter of fascists” on the back of it.

It was Daniel Pipes, an expert on Muslim terrorism, who coined the phrase “Sudden Jihad Syndrome” for Muslim attacks like the recent two attacks in Canada—by Libyan-Canadian Michael Zehaf-Bibeau, and French-Canadian convert to Islam Martin Couture-Rouleau—with no conspiracy behind them:

The attempt by Mohammed Taheri-azar in March 2006 to drive a rented Jeep Cherokee onto a plaza at the University of North Carolina in Chapel Hill and kill as many students as he could prompted me to coin the term Sudden Jihad Syndrome to describe cases "whereby normal-appearing Muslims abruptly become violent." I noted the many good citizens who surreptitiously adopt radical Islam and then violently lash out against non-Muslims in acts of terrorism, such as the 9/11 hijackers, the London transport bombers, Sajid Badat, Wail al Dhaleai, Asif Hanif, Zacarias Moussaoui, Iyman Faris, Adnan Gulshair El'Shukri-jumah, Aafia Siddiqui, and Waemahadi Wae-dao, Maher Hawash, Mohammed Ali Alayed, and Muriel Degauque.

I later applied this term to other surprise jihadis, including Hesham Mohamed Ali Hadayet and Naveed Haq. Most of the cases I chronicled at "Denying [Islamist] Terrorism" and More Incidents of Denying Islamist Terrorism" also fit this rubric. So do the Beltway Snipers.

The point is that there’s no “Osama bin Laden”, no “Al Qaeda” no ISIS/ISIL or even a particular brand of Islam behind these random Muslim attacks (sample from Brenda Walker: Rancho Cucamonga Cops Counter Muslim Sword Attack). They’re just attacking because they’re really sincere Muslims—and Muslims hate Christians. There are people in madrassas and mosques egging them on.

It makes you wonder, as Patrick Cleburne did after a “lone gunman” attack in Seattle, if we need Muslim immigration at all.

After the 9/11 attacks, which were the result of a Muslim conspiracy, I repeated some of the “bad side of immigration” anecdotes Peter Brimelow wrote in the opening of Alien Nation.

In January 1993, a Pakistani applicant for political asylum (and, simultaneously, for amnesty as an illegal immigrant) opens fire on employees entering CIA headquarters, killing two and wounding three!...In December 1993, a Jamaican immigrant (admitted as a student but stayed, illegal status automatically regularized after marriage to a U.S. citizen) opens fire on commuters on New York's Long Island Rail Road, killing six and wounding 19!!! WHAT'S GOING ON??!!?

The case of Colin Ferguson, arrested in the Long Island Rail Road shootings, is particularly instructive. With a little help from President Clinton, talking the very next day at a lunch for journalists, it was rapidly converted into another argument for gun control.

The Pakistani immigrant was a man named Mir Amal Kansi. Kansi was eventually executed. But Pakistan is full of people who hate America for either Muslim or Pakistani nationalist reasons. Some of those are that the highest levels of Pakistan’s government. We saw that in 2011 when CIA interrogators discovered that Osama bin Laden was hiding in Abbottabad, Pakistan, about a mile from the Pakistani Military Academy. [What Pakistan Knew About Bin Laden , By Carlotta Gall, New York Times, March 19, 2014]

Kansi may have “acted alone.” But there was a whole culture behind him. And some of them were egging him on.

But if there was a whole culture of Communism behind Oswald, and a whole culture of Islam and the nation of Pakistan behind Kansi, who or what is the whole culture behind Colin Ferguson, the proliferating Immigrant Mass Murders, and the “Disgruntled Minority Massacre” phenomenon I identified recently?

Colin Ferguson was not Muslim. But he was black, an immigrant from Jamaica. He shot up a train full of unarmed white people on the Long Island Railroad because he hated white people. He certainly acted alone—he was, in some sense, insane, although apparently fit to stand trial in New York.

The answer seems to be: “anti-racism.” When Ferguson went to trial for shooting a group of white people because he hated them, his hatred didn’t lead to hate crime enhancement, it was used by his defense:

Noted criminal defense specialists William M. Kunstler and Ronald L. Kuby took Ferguson's case. They attempted to introduce a "black rage" defense on Ferguson's behalf. They argued that years of living in an oppressive, race-biased society had so affected Ferguson's mind that he was not acting willfully when he opened fire on unarmed commuters.

Radical leftist lawyer William M. Kunstler, who defended Colin Ferguson, would have defended Oswald if he’d ever come to trial, on the same kind of basis. (Kunstler was actually on the way to the airport to offer his services to Oswald, when Oswald was shot by Jack Ruby, and Kunstler wound up defending Ruby instead. [The Trials of William Kunstler, By Jeffrey Rosen, NYT, September 18, 1994 ]).

This “anti-racist” culture is what VDARE.com addresses with our “Not Reporting Race” stories. We have to do detective work to find out the race of attacker and victim, which the MSM reporters know and don’t want to tell us. (This is a conscious decision: see my Hate Crimes, Real Crimes, And Relevance, which traces it back to a 1964 riot apparently inspired by NYT reporting on some black killers known as the Blood Brothers—who were defended by William Kunstler.)

The same thing applies to the “Immigrant Mass Murder” category, in which a foreigner will kill a bunch of people, and the MSM will call him something like “Boston Man”:

In the “Disgruntled Minority Massacre” category I proposed recently, in which a person of color, convinced that his employers are racists, comes in and kills a lot of them, we see something similar. Note the coverage of Omar Thornton, fired for stealing from his employers, Thornton, came to work and killed eight people who he said were racists. Both Main Stream Media [Is racism at heart of Connecticut shooting? Answer still unclear, By Patrik Jonsson, Christian Science Monitor, August 4, 2010] and police investigated the victims posthumously to see if they were racist. (They were exonerated.) [No proof of racism at site of 2010 shooting rampage: police, By Zach Howard, Reuters, May 12, 2011]

The MSM had placed perpetrators into a kind of “protective verbal custody” in which their race, immigration status, Muslim religion, or support for the International Communist Conspiracy can’t be mentioned. (Of course, this doesn’t apply any white community that can conceivably be accused of “hate”—fifty years after Oswald, the New York Times was still blaming the city of Dallas for hating Kennedy).

This concept of “protective verbal custody” I owe to Professor Stephen Cox, who wrote this in Liberty Magazine over 20 years ago:

No, I don't want to see any more allegations of conspiracies, even conspiracies on the Left. Perhaps something interesting may be learned when independent investigators eventually get their hands on Castro's files, but if evidence of a conspiracy were available in the here and now, I think we'd know about it. What I want is something simpler. I want you to write in to Liberty and tell me if you ever hear any television or radio announcer refer matter-of-factly to “President Kennedy, who was assassinated in Dallas in 1963 by a Communist gunman.” Then I'll know that American Communism is no longer in protective verbal custody.

There are a lot of lone gunmen out there—Left-wing gunmen, immigrant gunman, disgruntled minority gunman. And they’re all in protective verbal custody…