NYT On Scalise Attack: "Though There’s No Sign Of [Liberal] Incitement As Direct..." Are They Kidding?

The NYT blunder (in which the blamed the 2011 shooting of Gabby Giffords on Sarah Palin) noted by Steve Sailer below has been corrected:

Darcy provided before and after screenshots—before: 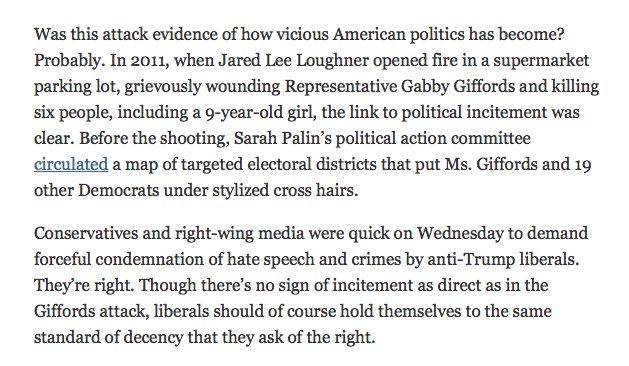 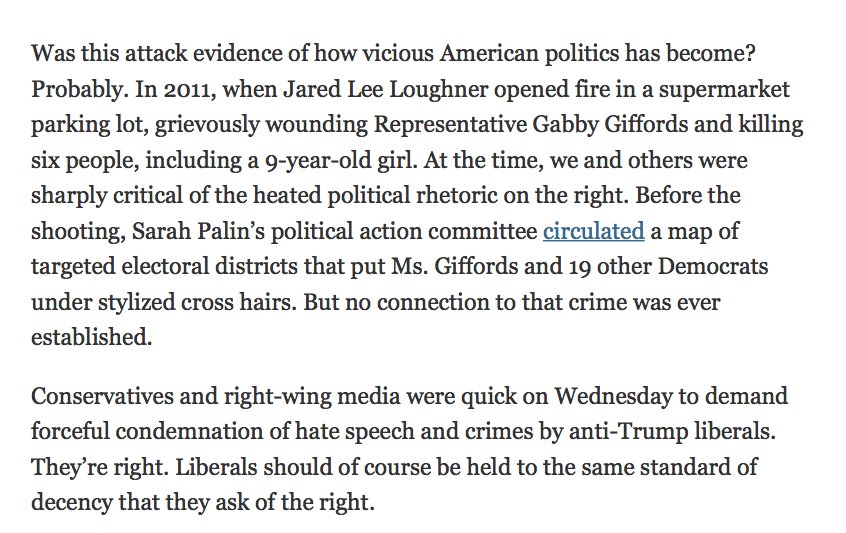 Here's the part that gets me:

Conservatives and right-wing media were quick on Wednesday to demand forceful condemnation of hate speech and crimes by anti-Trump liberals. They’re right. Though there’s no sign of incitement as direct as in the Giffords attack, liberals should of course hold themselves to the same standard of decency that they ask of the right.

There was, of course, no incitement by Palin, there has been incitement, over  and over again, from the Left.

Eugene Gant just quoted a list of fifteen celebrities, all on the left, who've called for violence against Trump, and the NYT itself has been conducting campaign of hate against Trump since he was nominated. (One NYT columnist called the Trump campaign "the last hate-filled stand of the white man.")

The New York Times gins up hate against white police, treats murderous riots as protests, and covers up minority crime.

They've mounted a campaign convince the public that Trump is some kind of Hitlerian tyrant and traitor—and "there’s no sign of incitement".